Cutting edge: the Institute of Sport and Exercise Health

Graham Clews meets Terassa Taylor-Kaveney, a physio holding a key position at the Institute of Sport and Exercise Health in London. 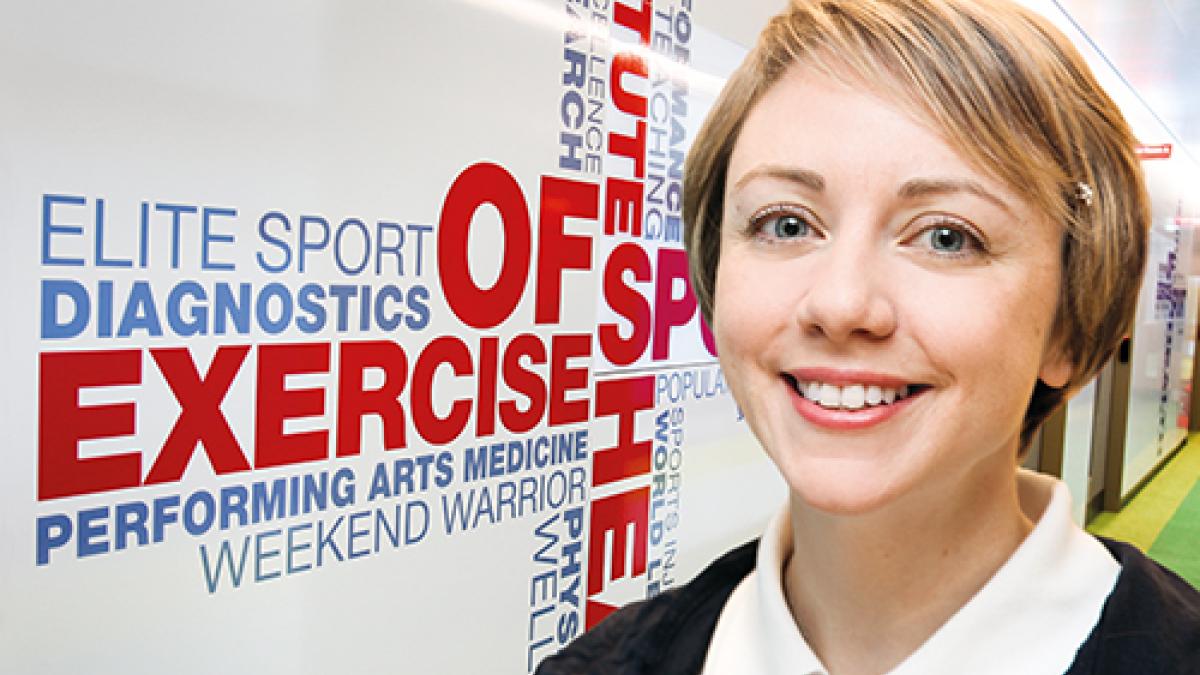 It’s a sleek healthcare facility in London’s West End, which was opened by Sebastian Coe and gives Premier League footballers the once over before they sign multi-million pound transfers.  But the Institute of Sport and Exercise Health (ISEH) also treats injured pensioners who want to get back to gardening, and commuters aiming to return to riding their bike to work.
Developed with £10 million of Department of Health funding as part of the London 2012 Olympic legacy, the ISEH aims to use cutting edge sports medicine techniques and knowledge to treat patients from across the spectrum, from elite athletes through to amateur sports people, and on to less active people who might benefit from exercise prescription.
Its boundary-breaking set-up brings together clinicians and academics, the NHS and the private sector, international sports stars and humble park runners, all working together to help improve the health of the nation.
Partners include University College Hospitals London NHS Trust, private provider HCA Hospitals, the British Olympic Association, and the English Institute of Sport.
Some of the country’s most eminent sport and exercise medicine doctors and orthopaedic surgeons work at the institute, alongside allied health professional specialists such as sports medicine clinical specialist physiotherapist Terassa Taylor-Kaveney.
The institute, which houses everything from hypoxic chambers used by altitude medicine researchers to a state-of-the-art rehab gym, treats NHS patients on two mornings a week. Referred by their GP through the Choose and book system, anyone can ask to be treated at the ISEH. Mrs Taylor-Kaveney says they tend to be people who want to be active, and are often amateur sports people or elite athletes with limited funding, but access to treatment at the Institute is not restricted to sport lovers.

Private patients also vary widely, with many travelling long distances for the specialist care, and Mrs Taylor-Kaveney says the physiotherapy treatment can be offered through a hub-and-spoke method, with initial assessments, followed up with advice that can be delivered through more local physiotherapists.
‘We treat everyone from an older patient who wants to keep active in retirement and play golf a couple of times a week, to patients who want to keep commuting to work by  bike, to elite athletes, so we have a real mixed population in terms of age and level of activity,’ she says.
‘My driver is patients who are keen to get back to being active. It’s nice to get a broad selection of patients and my special interest is high level rehab, so breaking down movement patterns and working out what is and isn’t working and putting it back together is what interests me.’
It is this level of rehabilitation, and frustration at its lack of availability, that led Mrs Taylor-Kaveney into the world of elite sport medicine and to marry it with a transferability to the wider community.
Despite having no desire originally to be a sports physiotherapist (she thought she would work in respiratory medicine while an undergraduate), her NHS rotations at a number of London teaching hospitals sparked her desire to provide high-level rehabilitation outside the world of elite sport.
‘When I was working in outpatients I thought there was a real deficit when it came to patients who got so far in their rehab and then for whatever reason they had to stop, and that frustrated me,’ she says.
‘I think we can try to put patients into boxes too much sometimes, and rehab is the same. We can be focused on the acute stuff and getting people back to work, but if people are doing a sedentary job and not being active there can be heart problems, diabetes and so on.’

Clinicians at the ISEH have a role to play in improving the public health, and although it’s not physiotherapists’ job to hit government activity targets, physios working in many settings are ideally positioned to encourage physical activity among the wider population. Mrs Taylor-Kaveney says that, to do this, they must make treatment as enjoyable as possible.
‘You have to find out what makes your patient tick and then present physical activity in a way that is attractive to them,’ she says. ‘Not lecturing patients, but understanding how they work and how you can introduce some activity into their lives. Getting your patient moving is the fun bit.’
‘You don’t have to know their sport or be an expert in rugby, for instance. You have to read around your subject, but your patient can teach you a lot. You need to start early on in rehab. To get them engaged you need to make sure the treatment is goal-focused right from the beginning. If they like football make sure you introduce a ball early on – it doesn’t mean they have to kick and tackle, but they are more likely to take the steps you want them to and then your treatment is likely to be more effective and you can then progress to that higher level of management.’

The ISEH was created as part of the much-heralded legacy of the 2012 London Olympics and Paralympics, but there is some evidence that the public health element of that legacy has not quite gone as planned.
But Mrs Taylor-Kaveney believes sporting activity in the UK is heading in the right direction to combat obesity and the rise in long-term conditions.
‘I see more participation, although that may be the field I work in,’ says Mrs Taylor-Kaveney. ‘I think it is filtering through but these things take time, and it is not one thing that will get people active, all health professionals, teachers, town planning – everything has to be working together.
‘And we’re not only about sport here, we are the Institute for Sport and Exercise Health, and that last bit is key,’ she says.
‘A patient might have biomechanical problems but the important bit is how that effects their health.
‘What we’re trying to do is bring all these boxes together. Academic research, clinicians in another, private practice in one, sport in another. It’s like a huge Venn diagram where everything overlaps.’ fl

Olympic legacy: reaching the masses or not?

When the summer Olympics and Paralympics were awarded to London just over 10 years ago, the general consensus seemed to be that it was the legacy promises wot won it.
The bid chairman, Sebastian Coe, now president of the International Association of Athletics Federations  (IAAF) promised that the almost £10 billion cost of staging the London games would pay dividends by persuading millions of Britons to exercise more and become more active.
But three years since the last medal was awarded in the Olympic stadium in east London, figures show that participation has not received the hoped-for boost on pre-Olympic levels.
Sport England’s statistics show a steady fall from a 2012 high of 15.9 million people taking part in some form of sporting activity, down to 15.5 million in 2015. The number of people taking exercise regularly (at least once a week, at a moderate intensity, for half an hour or more) has fallen even more sharply.
And a Youth Sports Trust survey carried out in the school year 2013-14 found that primary schoolchildren had 102 minutes of physical exercise each week at key stage 1, and 114 minutes at key stage 2. This compared with 126 minutes at key stage 1, and 127 minutes at key stage 2 in 2009-10.
In terms of hardware, the Olympic stadium, velodrome and aquatics centre, are the most obvious physical legacy of the 2012 games, all of which will continue to host top-level and grassroots sport for many years into the future.
The ‘legacy’ of a major sporting event can be assessed in many different ways, but mass participation in sport seems to have become the shorthand for London’s legacy and so far the evidence is that it hasn’t succeeded.