Controlling chronic pain is expensive and doesn’t always work. Daniel Allen reports on a Cumbrian initiative helping patients to manage symptoms more successfully and at less cost to the NHS. 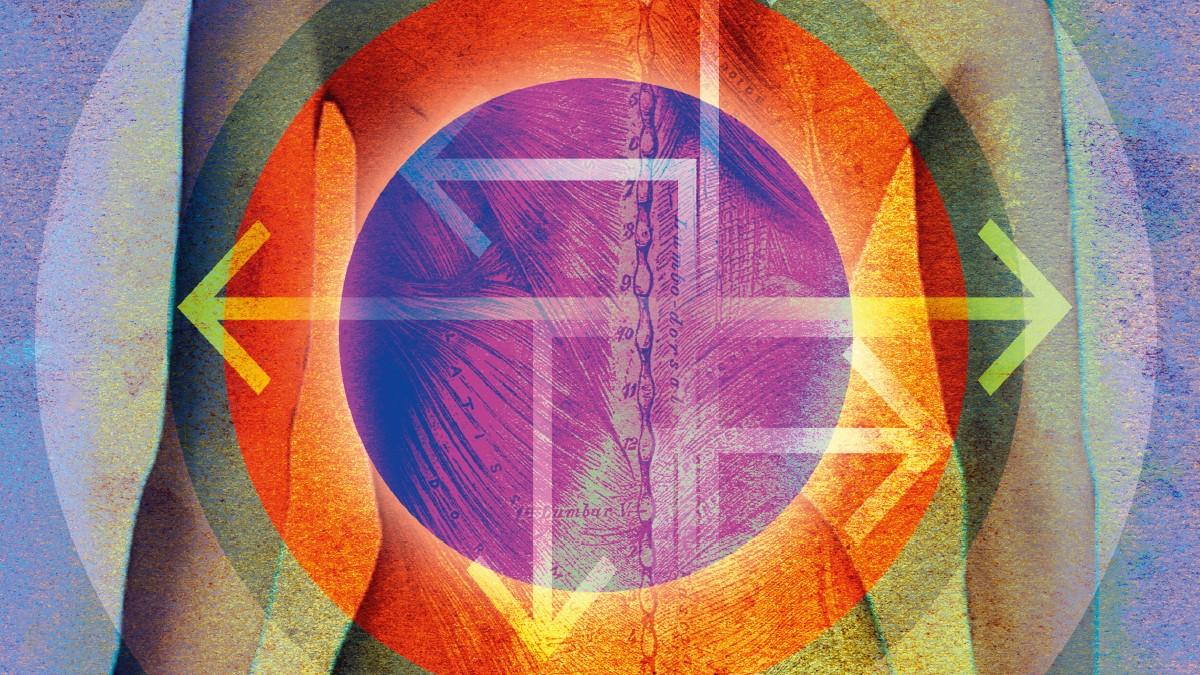 We realised we had to do something different,’ says Joanna Manley, of Cumbria Partnership NHS Foundation Trust. ‘It wasn’t easy but there was a passion within me and the team to do better.’
She is describing care for people in chronic pain and the scans, tests and invasive, over-medicalised treatments they were given, often with no solid evidence base and poor outcomes.
The recognition that things needed to change eventually gave rise to the North Cumbria Persistent Physical Symptoms Service (PPSS), in which physiotherapists, occupational therapists, psychologists, a pain medication consultant and others work together to help patients manage their symptoms.
Ms Manley, a physio of many years’ experience and network manager for the trust’s physical health and rehabilitation service, which includes the PPSS, was a driving force in establishing the changed approach.
She admits it was a challenge – ‘I have quite a lot of scars from along the way’ – but says when it became apparent that costly care models were failing to resolve symptoms, she and her colleagues knew action was necessary.
Evidence of the need for change came in part from NHS RightCare, an NHS England programme which, simply put, aims to make the money go further and produce better results.
Fiona Ottewell, a physio by background who is an NHS RightCare delivery partner, describes the programme’s purpose. ‘We give local health economies data where they are grouped with their peers. They can then see those who are dealing with a very similar demographic population, say in cardiovascular or musculoskeletal pathways, and whether they are better or worse in terms of a whole load of operation metrics, and clinical and financial outcomes.
‘That allows them to identify where they’re not doing as well or whether the variation is warranted – it may be that they’re leading the pack.’
She adds: ‘Cumbria took the data and employed it to good effect around the management of MSK pathways and chronic pain. Compared to their peers, their spend was higher and their clinical outcomes were poorer, so it was a pretty bad situation to be in.’

An NHS RightCare report lays out the scale of the challenge Cumbria faced. It says comparator data showed that its pain management service
All of the above were compounded by a lack of capacity in the local acute sector. ‘A radically different solution was needed,’ the report says.
The journey that followed in developing a biopsychosocial approach was long and meant ‘gaining friends and influencing people’, says Ms Manley. ‘We worked very closely with the consultant psychologist and did a lot of networking with stakeholders to get them on board.’
In the two years since the PPSS launched, all those involved have learned a tremendous amount, she says. ‘What we didn’t understand was the complexity of the referrals coming in. So the work plan has had to develop according to what the clientele need. We had to try to remain flexible.’
The focus of early work, and of the NHS RightCare data, was on back pain but it soon became clear that a new service model could also apply to those with other forms of pain.
Ms Manley says: ‘We widened it because we realised from looking at the evidence and NICE guidelines that if you’re living with back pain, it’s a persistent symptom – as is fibromyalgia, chronic regional pain syndrome, abdominal pain. You’re still living with pain, fatigue and the secondary suffering around anxiety and depression, and all the other things that spiral out of control. It’s the same for back pain and these other conditions as well.’
So the remit of the new service was broadened to include those whose primary diagnosis is persistent physical symptoms. Ms Manley describes the complexity of those symptoms as a ‘big ball of spaghetti – all tangled up and needs unpicking’. Hence the biopsychosocial model. ‘We know that people’s lives can deteriorate very, very quickly. There’s social isolation, for example, which causes anxiety and increases the physical symptoms as well. We’re looking at the whole person rather than just their pain.’

The NHS RightCare evaluation of the new service, published a year after its inception, says this ‘direction of travel’ was consistent with NICE guidance and its emphasis on a combined physical and psychological programme of care ‘in preference to acute intervention and acute treatment’.
Cognitive behaviour therapy, acceptance and commitment therapy, as well as appropriate physiotherapy, are among the intervention options offered by the PPSS.
Ms Ottewell highlights the role of physios in developing and sustaining the new service.
‘I’m not at all surprised by the innovation, resourcefulness and negotiating and influencing skills that the physiotherapy workforce in Cumbria has shown. That’s what physios are.’
She urges others to make use of NHS RightCare to similar effect. ‘Be aware of what the data is saying about your local health economy and take any opportunities to engage in debate around unwarranted variation. Look over the horizon, see who’s doing good work and then adopt it in your own region – that’s really important.’
It seems clear that the PPSS has achieved significant change. But has it definitely brought improvement? The NHS RightCare evaluation report says patient care has improved, in terms of core outcome measures and patient satisfaction.
Access to care is also better, although the service has become a victim of its own success in that demand, plus a number of very complex cases, has meant extended waiting times. One physio told Frontline that while the theory behind the PPSS is good, patients risk becoming chronic or developing other problems before being seen. Overall, however, NHS RightCare concludes that early results indicate the Cumbria PPSS has been a success, financially and clinically.
So what advice would Ms Manley offer to other senior physios interested in developing a similar service?
‘You have to be very resilient and not give up. Be very tenacious. Stick to the evidence base and the NICE guidelines. And make sure you influence and speak to the right people.’

NHS RightCare, a programme supported by NHS England, aims to help health economies deliver the best care while making NHS money go as far as possible and improving patient outcomes. It seeks to reduce variations in care across the country and drive up quality in areas where outcomes are poorer. How?
NHS RightCare delivery partner Fiona Ottewell says data is critical. Services are provided with a wealth of metrics and other information that help them make comparisons with services with a similar demographic profile.
A number of NHS RightCare pathways – for example, in falls and fractures, stroke and cardiovascular disease prevention – include resources that enable local health economies to concentrate their improvement efforts on areas where there is the greatest opportunity to address variation and improve health.
NHS RightCare also encourages innovation by working with other organisations and patient groups to test new concepts and encourage innovation.
Read more here.