Care home support: In the news

Wakefield’s pioneering care home support team featured in recent BBC reports. Gill Hitchcock spoke to the physio in the team set to save the NHS £1.7 million this year. 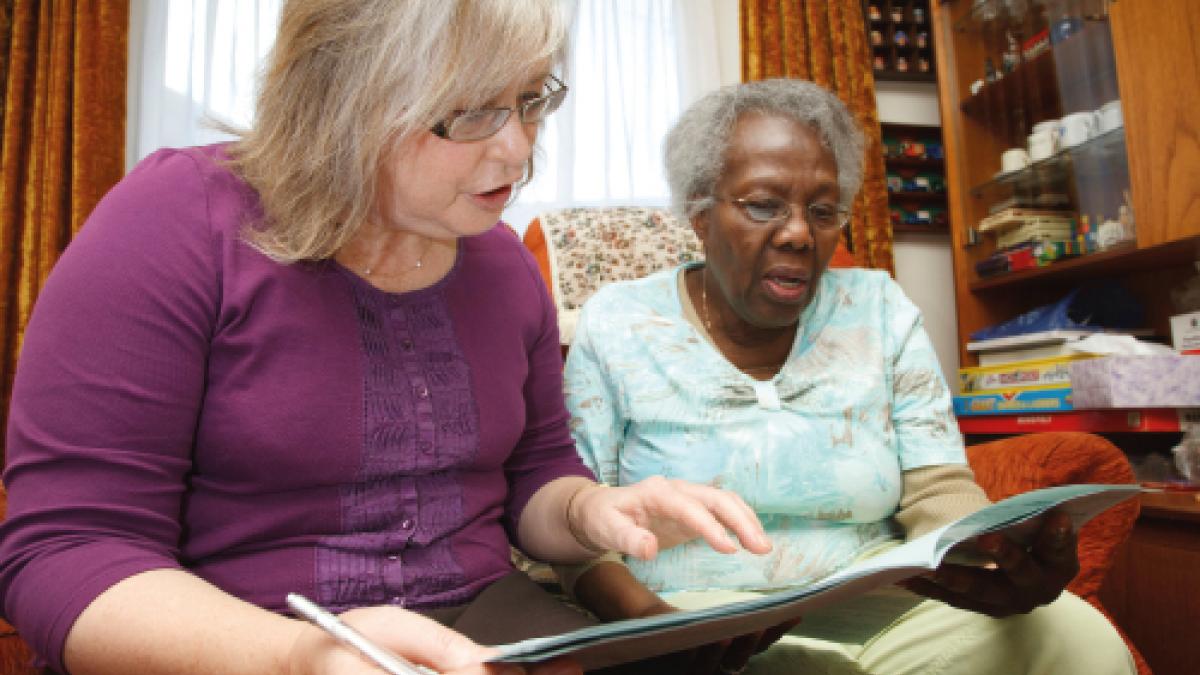 It’s early Monday morning in Wakefield and a small team of healthcare professionals is sitting down to discuss the care of older residents in local care homes.
At the table is physiotherapist Karen South, an occupational therapist (OT), a healthcare assistant and mental health nurses.
Each brings a different specialism and together they are contributing to a care plan tailored to meet the needs of individuals.
While multidisciplinary teams are nothing new in healthcare, Wakefield’s care home support team is an experiment and one that is delivering some impressive results.  The local clinical commissioning group (CCG) predicts that it will save the NHS £1.7 million in 2016/17.
‘I’ve always worked in multidisciplinary teams, but the difference with this one is that it’s very much round the table, hands on and everyone’s involved,’ says Ms South.
And that’s not all.  The team is part of a ‘vanguard’, one of 50 around England selected to take a lead in developing new care models.  The idea is that they will inspire new ways of working in the NHS and save money.

Wakefield is the only district to have two vanguards. The West Wakefield Health and Wellbeing vanguard is focusing on improving the way people access services and support.  Its projects include PhysioFirst, a service where people can see a physiotherapist for a short, first contact assessment in their GP surgery.
Its Enhanced Health in Care Homes vanguard, of which the care home support team is part, is designed to work with care homes to provide joined up primary, community and secondary and social care to residents of care and nursing homes.
Since November 2015 the team has been working with the residents of 15 older people’s care homes. This will rise to 27 homes next year.
Ms South joined last April on secondment from Sheffield Teaching Hospitals NHS Trust where for the past 10 years she has been a clinical team leader. She says this was an opportunity for her to design the role of physiotherapy within the scheme.
‘I quickly discovered that most care home staff had a genuine commitment to the best interests of residents, but because of lack resources and therapy, the residents were at a disadvantage compared to people living in their own homes,’ she says.
Initially the team took a ‘blanket screening’ approach to identify the needs of residents.  Ms South found that many of them were immobile, confined to beds or chairs with severe contractures.
Through this groundbreaking service, however, she is able to provide advice about more appropriate beds, recommend analgesia or assess seating needs with the OT.  She can also refer residents to other services, including those of consultant neuro physiotherapist Adrian Robertson.
‘I’ve established good links with Adrian,’ says Ms South. ‘I can refer directly to him for an assessment for Botox injections for my residents. This is such a valuable link and we’ve seen some really positive results with our joint interventions.’
But a significant aspect of Ms South’s physio input has been teaching care home staff.  They now know how to position people in their beds or chairs.  And they can do stretching with residents using Ms South’s bespoke programme.

Once the care home staff became accustomed to having the team’s input, they started to identify residents for it to assess.  Some of these are people who may be nursed in bed the majority of the time with undiscovered rehabilitation potential.
‘One example is a gentleman who the home was struggling with because they didn’t feel he was safe to sit out due to his cognitive difficulties, agitation, and general frailty and deconditioning,’ she says.
‘He had been immobile for several months after a period in hospital. But following several sessions he is now mobile with a frame and has his own specialist wheelchair which the OT and I recommended.  At Christmas, he went out with his wife to a local garden centre.’
The Wakefield team use falls assessments tools on clinical software called SystmOne. From this Ms South makes recommendations to reduce falls such as a medication review, a falls sensor, walking aids or strengthening programmes which can be delegated to the vanguard’s healthcare assistant.
Gentle exercise to music is another intervention. ‘We involved the residents in choosing upbeat music and agreed on Neil Diamond, Abba and Dolly Parton,’ Ms South says.
Outcome statistics provided by Wakefield CCG are positive.  Across the homes involved in the vanguard, the first nine months of 2016-17 saw a 19 per cent reduction in emergency hospital admissions (316 fewer admissions); a 12 per cent reduction A&E attendances (544 fewer); a nine per cent reduction in ambulance call outs (717 fewer), and a 26 per cent reduction in bed days (4,964 fewer).
Ms South sees her role in the vanguard as an opportunity to draw together all the experience she has accrue over the 18 years as a physiotherapist in the NHS.
‘It’s just great to see the results we are achieving and the amount of positive feedback that we get from the work that we’re doing,’ she says. fl