Should physiotherapists routinely ask patients about recreational drug use? Robert Millett meets some who already do. 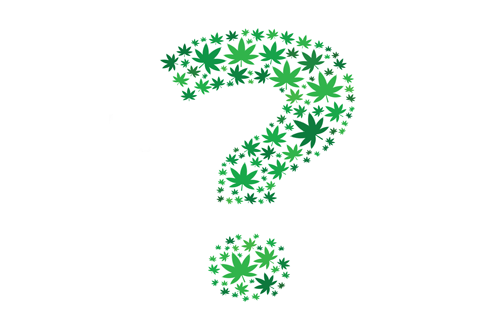 Physiotherapists are used to asking patients if they are taking prescribed medications, but should they seek information on recreational drug use?
Specialist physiotherapist clinical Katie Mann works in a pelvic floor clinic in north west England. She has asked about recreational drug use since hearing about the effects of ketamine on the bladder, during a talk at an Pelvic Obstetric and Gynaecological Physiotherapy (POGP) conference in 2013. Ketamine is generally used in healthcare as an anaesthetic.
She explains that heavy use of ketamine can lead to long-term and irreversible problems. And in severe cases the bladder has to be removed. ‘I used to ask patients if they took any medication and if they said no I’d just leave it at that,’ says Mrs Mann. ‘But now I ask “Are you taking any over the counter medications, anything recreational or anything herbal?”.’
Mrs Mann says that grouping the queries together means the issue of recreational drug-use isn’t ‘picked out’ or spotlighted, and this makes it easier for patients to honestly respond. Physiotherapist Nick Johnson agrees. A member of a dementia care team at the Angelton clinic at Glanrhyd Hospital, Bridgend, Mr Johnson previously worked in trauma and orthopaedics and a burns and plastics unit. In these roles he found it was appropriate to ask patients about their drug use, and he thinks more physiotherapists should consider doing so.
‘In some clinical areas I think it should be routine – particularly if we are considering the use of a painkilling regime,’ says Mr Johnson. ‘For instance, users of heroin have a much higher tolerance of opioid painkillers, such as Tramadol [a painkiller] or Oramorph [morphine], than a cannabis user.’

While working in a burns unit Mr Johnson says he frequently treated patients with necrotising fasciitis [a flesh-eating disease] that had been caused by infections associated with the injecting of illegal drugs. ‘Drug use among this caseload was extremely prolific. There was cannabis use and a lot of heroin use – and legal highs such as meow meow [a synthetic stimulant] were also common. ‘The most dangerous behaviour I saw was from legal highs – I remember one case where two friends [who had been taking substances] thought it was hilarious to pour boiling water on each other.’
He adds that the impact of drug use can often be subtle, so broaching the subject with patients can help to establish any physical or psychological influence recreational drugs might have on their treatment or rehabilitation.
A spokesperson for  the Chartered Physiotherapists in Mental Health (CPMH) professional network agrees.
Physiotherapists need to fully understand a patient’s physical and psychological functioning in order to deliver patient centred evidence based care,’ she says. ‘For some people the misuse of recreational drugs may be a barrier to effective treatment and rehabilitation.’ In addition, there is growing evidence that recreational drug use can lead to long-term mental health problems, such as depression and schizophrenia, the spokesperson adds.
And a recent study by researchers at King’s College London found that the risk of psychosis was three times higher for users of potent ‘skunk-like’ cannabis than for non-users.

Patients who do admit drug use may not always reveal the full extent of their habits, warns Mr Johnson. ‘Rarely
does a patient present having a single drug use preference,’ he says. ‘For instance, the use of legal highs often goes hand in hand with alcohol use and other drugs such as amphetamines, ketamine and ecstasy.’
Mr Johnson believes physio staff should receive training about the use of drugs and their effects, as well as being given guidance on how to conduct discussions with patients. He adds that, in his experience, patients rarely take exception to questions about drug use.
‘Some give you a smirk because they are surprised that you have identified it, some openly admit it and others strongly deny it,’ he says. ‘And some are strangely proud and boast openly about it ... I have even seen patients walk off the ward to have a [cannabis] joint and then come back in.’

Consultant physiotherapist Martin Hey works in a pain management surgical division at Mid-Yorkshire hospitals NHS trust. He says physios should consider questioning patients about their recreational drug use, especially if their roles require them to discuss the use of legal medications. ‘I believe that if part of your role is to discuss medication usage, its role, its efficacy and its safety then you should be asking these type of questions as well.’
He warns however that it is important to handle such discussions in a non-judgemental manner. ‘Some patients are open and receptive to considered professional opinion, some are more guarded and some are defensive,’ says Mr Hey. ‘But if your tone is professional and the information is credible and well-articulated then patients will tend to give you a fair hearing – even if they then choose to disagree.’

Laura Leeks works in a community respiratory team in Camden, part of Central and North West London NHS Trust. She says recreational drug use, particularly involving smoking, can have a significant impact on lung function and disease progression. As a result it is necessary for her to enquire about illegal drug use.
‘More severe emphysematous changes are seen with cannabis and heroin and therefore there is a higher risk of pneumothoraces [air or gas in the pleural cavity],’ she says. ‘And crack cocaine smoking can lead to “crack lung” – an acute hypersensitivity reaction to the lung following a binge.’

Ms Leeks recently qualified as an independent prescriber and says learning to ask about recreational drug use was an essential part of her prescribing course. ‘For prescribers it is important to know what a patient is taking,’ she says. ‘You need to understand the physiological and pharmacological effects in order to ensure it is safe to prescribe other drugs.’
Asking about recreational drugs should come alongside questioning about herbal remedies, drugs bought on the internet and over the counter medications, says Ms Leeks. ‘In my experience patients have been very open about what drugs they use or have previously used. Practitioners are often more uncomfortable about asking questions around drug use than patients are about answering them.’
Mrs Mann agrees and says most patients react positively to questions and advice about their social drug use. ‘If you ask sensitively, clinically and without prejudice or embarrassment then most patients can take most questions.’ fl

The 2010-11 British Crime Survey of England and Wales revealed that 31 per cent of adults had used cannabis at some point in their lives.
The number of deaths linked to legal highs in the UK rose from 10 in 2009 to 68 in 2012, according to a report published by the National Programme on Substance Abuse Deaths.