A flexible approach to work patterns can benefit staff, their families and patients, CSP members tell Daniel Allen, who reports on a new CSP workplace campaign. 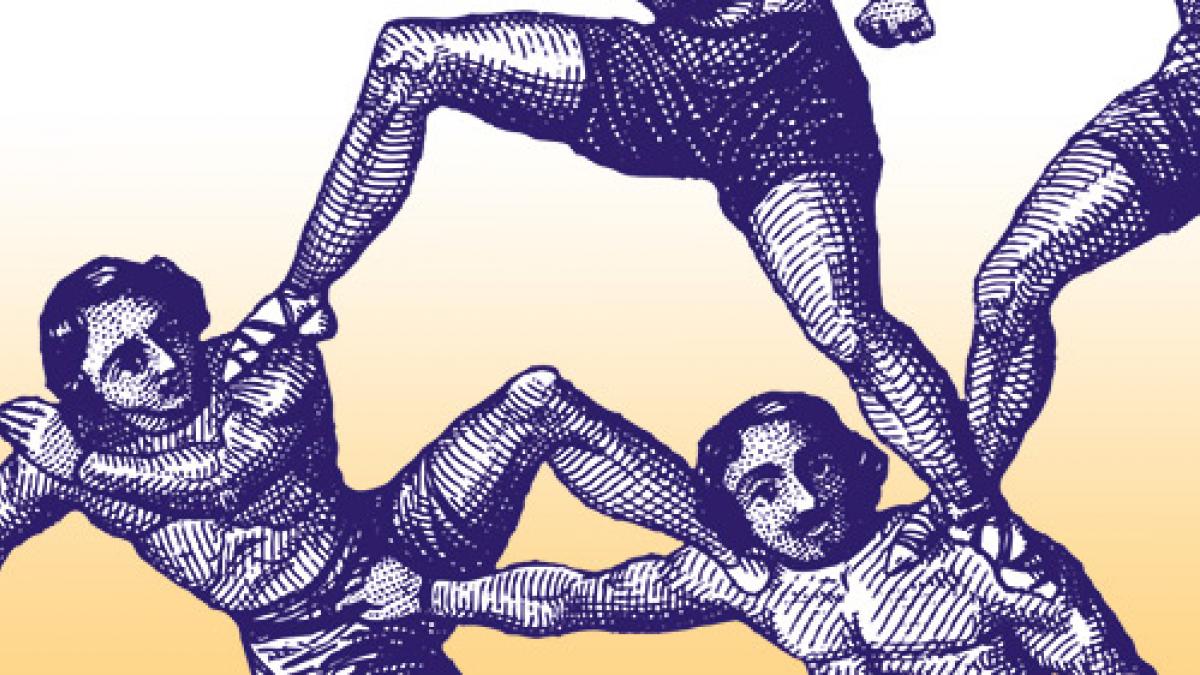 Juggling a full-time, full-on job with the demands of having young children or older relatives is challenging at the best of times. It might only take a mislaid gym kit or a no-show carer for things to start falling apart. Three CSP members in four are women and most are aged under 40, so trying to balance employment and family will be a familiar tussle for many. But a CSP workplace campaign being launched this month aims to raise awareness of flexible working options that may make life easier.

Building a better balance offers practical advice for staff on alternative working patterns, and demonstrates the benefits that flexible working can bring. Many employers need little convincing but, says Kate Moran, the CSP's head of employment research, anecdotal evidence suggests that some managers' attitudes to flexible working are negative.

We thought let’s go for the most hours I feel comfortable with, with the view that if management had said no I would have been happy with a little bit less

'We found that members who were working full time and then went on maternity leave, had a baby and wanted to come back part time were being told it's either half-time hours or full-time, with nothing in between,' she says. 'So if, say, somebody wanted to work three days a week rather than two and a half, or do four extended days, they found that quite difficult to negotiate.'

In fact, flexible working can take many forms beyond part-time hours. Other options include:

An aid to staff retention

The reasons behind a desire to work flexibly are many and varied. Although family responsibilities are behind many bids, some staff simply want more time to pursue other interests.

In the run-up to the launch of the Building a better balance campaign, CSP stewards across the country took part in workshops focusing on how to support members who might be keen to adjust their working hours.

The CSP encourages members to make informal requests as a first step. Employees have a statutory right to make such a request after 26 weeks' service and managers are expected to consider applications seriously. A stewards' training pack outlines arguments that can help build a convincing case and persuade bosses of the benefits of flexible working.

Ms Moran says: 'Rather than losing employees because they can't get the flexible working they want, managers are much better off trying to negotiate something that suits both sides so they retain those staff.'

Jill Taylor is the chair of the CSP's industrial relations committee. She says flexible working requests relating to return from maternity leave are usually fairly straightforward, but increasing numbers of staff need to find time for other caring responsibilities - a parent with dementia, for example.

'Often people feel less confident about making those kinds of requests,' she says. 'They may not have shared their circumstances with others in their team or they may be vulnerable because of mounting stress.' The best advice for members who are thinking about making a flexible working request is to speak first to their CSP steward.

'It's important to get support in all aspects of the application,' Ms Taylor says. 'And a trade union representative is in an ideal position to give that support. That's what we're here for.'

Stewards can also identify whether a request denied is part of a trend and whether it can be challenged. And they can advise managers about flexible working requests, Ms Taylor says.

Selina Keiller is a manager at Cambridge University Hospitals NHS Trust. What is her message for managers who may feel hesitant about supporting flexible working? 'I would say, think outside the box because there's normally a way you can make it work for to the advantage of the service and for the staff member.'  fl

Visit www.csp.org.uk/balance . If you have an example of flexible working that you would like to tell the CSP about, email Kate Moran morank@csp.org.uk .

CSP East of England regional steward Kim Gainsborough is based at Addenbrooke's Hospital, part of Cambridge University Hospitals NHS Trust, where flexible working options are supported - she herself has recently reduced her working week to 30 hours. A robust policy that accentuates the importance of work-life balance is a good way to start embedding a positive view of flexible working. 'I see the role of stewards as being vigilant in negotiating good policies and then ensuring that we monitor them,' she says. 'I've heard of other places and other sectors where staff are not so supported.'

Part of the reason, she suggests, is that tight financial constraints mean managers are fearful that if they agree to reduce someone's working week the remaining hours may be lost and the service will suffer. And in places where recruitment is not a problem, employers may feel they have little incentive to allow flexible working. 'It's basically put up or get out, you're very easily replaceable. But I think here we retain valuable staff by trying to be accommodating.'

Locally, physios commonly ask for different working patterns because Cambridge is an expensive place, says Ms Gainsborough. 'So lots of our staff have to commute and we don't have enough parking spaces. There have been two requests from one team recently to start earlier because they already come in earlier anyway to get a car-parking space.'

Selina Keiller, the trust's professional lead and operations co-manager for physiotherapy, says granting such requests, where possible, can also benefit patients. 'Instead of all staff working from 8.30am to 4.30pm we can have some starting at 8am or working past 6pm, and that's helpful because it extends the time for patient provision.'

Flexible working helps to motivate staff to remain in post, Ms Keiller argues. 'We have to accept that people who work in physiotherapy tend to be quite young and may start having families. We have lots of examples of people - men as well as women - who, due to childcare and the cost of childcare, have applied for flexible working and we've supported them.' She adds: 'We also have more and more experienced staff who want to "retire and return" on different hours and if we didn't support that, we would be losing a very experienced workforce.'

There are challenges, of course. For example, staff need enough working hours for clinical practice on top of all the necessary training and updates, Ms Keiller adds.

Lucy Thornton, a band 6 rotational physio at Addenbrooke's, will return from maternity leave to work 27 hours a week over three days. She is breastfeeding and says: 'Obviously we're weaning as well, but I explained to my managers that I'm still feeding Louise and on the days I'm not with her I will need to go and express, and they were very flexible about that.'

Having been a CSP steward before going on maternity leave, she negotiated her working hours herself. 'I was aware of what I was allowed to ask for and that the trust has a breastfeeding policy, with a dedicated room you can use.' She met with managers before her maternity leave and again more recently to discuss her hours on her return.

Did she get all that she wanted? 'I feel I did. With my husband, we thought let's go for the most hours I feel comfortable with, with the view that if management had said no I would have been happy with a little bit less.I felt I was quite flexible.'

Kate Stephens, another physio at Addenbrooke's, reduced her hours, then took on more and has recently returned from maternity leave to work 15 hours a week in paediatric orthopaedics. There has been a lot of movement in the team, she says, and many people work split posts.

She adds: 'Throughout all my job changing, my manager's been 100 per cent supportive. I haven't spoken to anyone in the department who's been on maternity leave and who hasn't been accommodated on their return.'