90 not out: physios celebrate their 90th birthdays

As the Queen, who is the CSP’s patron, prepares to celebrate her official birthday on 11 June, Daniel Allen talks to three physios of a similar vintage. 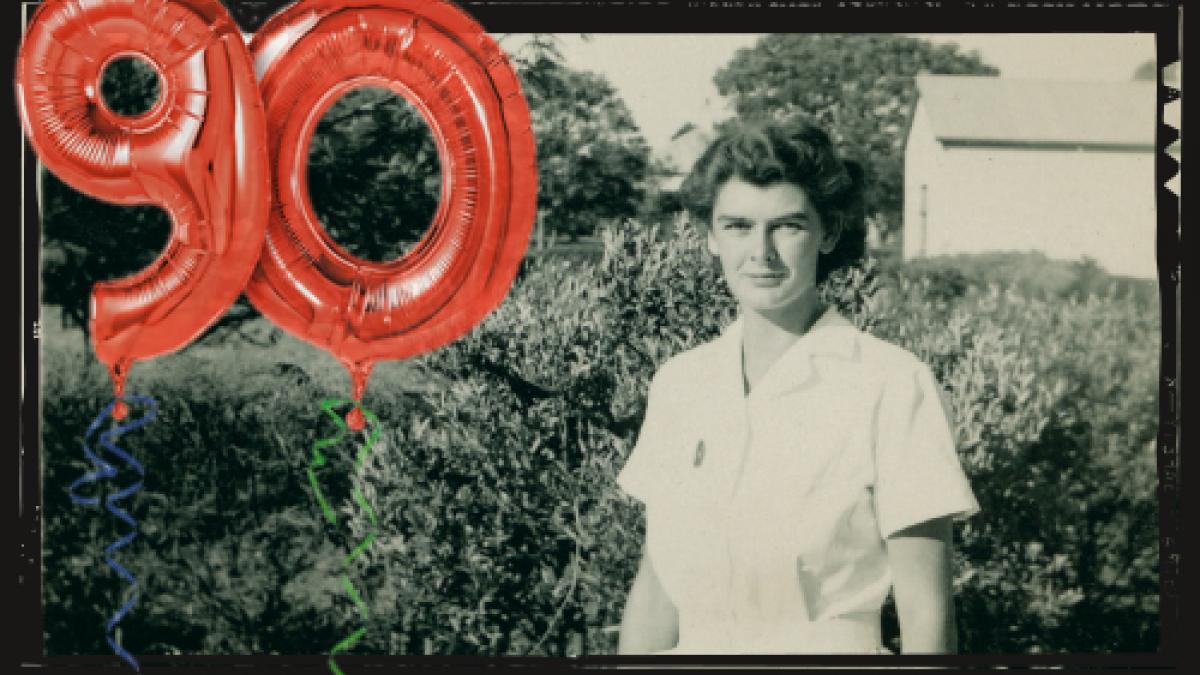 Sheila Ferres, who opened a pioneering clinic in South Africa.

To live well in old age, part of the secret must surely be to stay active. Just look at the Queen. And Sylvia Fernandez.

Like Her Majesty, CSP member Sylvia is 90 this year, although you would never guess. She still drives and, incredibly, still works – running an exercise class at a local care home. ‘Some of the residents are younger than me,’ she says, laughing.

Sylvia has had both hips replaced and is troubled by arthritis, but lives independently in north London and cannot contemplate a sedentary lifestyle.

‘I enjoy being active,’ she says. ‘Otherwise it would mean sitting at home and looking at four walls, which would be blinking awful. I do a lot of voluntary work – for an ex-servicemen’s group and I’m a trustee of Enfield Racial Equality Council. The voluntary work takes me out and it means I meet people. That’s what I need.’

Sylvia’s long physiotherapy career – she continued to work part-time in the NHS well into her 80s – began two years after the end of the Second World War when she entered the physiotherapy training school at the Middlesex Hospital. Physiotherapy was not her first choice but it proved to be one that suited her well.

‘I wanted to do medicine but I couldn’t get in because at that time, in 1947, there were a lot of men coming from the forces. And there were only three places in London that took women so I decided on physiotherapy. I wanted to do something with people.’

Hospitals were of course run differently then. Matron was the dominant force and Sylvia recalls having to meet the one who presided over the Middlesex. ‘Although we didn’t come under her – we came under the school of physiotherapy – she still wanted to see who was going to train in her hospital.’

In 1950, training complete, Sylvia joined the practice of a private doctor in London’s Portland Place. ‘I worked for him for a year but then I decided, no, it wasn’t what I wanted to do.’

She returned to the NHS – still in its infancy – and a large department at the long-closed Prince of Wales Hospital in Tottenham. Later, at nearby St Ann’s, a former fever hospital – ‘there were two big wards full of patients with tuberculosis’ – she established the hospital’s first physiotherapy department. She was allocated the old morgue, which she set about transforming, and the title of superintendent.

After a break to raise her family, Sylvia worked at Halliwick School in Enfield for children with disabilities before becoming superintendent at Shenley, the progressive mental health hospital in Hertfordshire. She worked in mental health for the rest of her career.

‘For some years, I was the only physiotherapist on the National Tissue Viability Group. I served on a Huntleigh group, and helped draw up guidelines on the treatment of pressure sores.

‘I spent many years trying to persuade other physiotherapists that they had the knowledge to aid in the prevention of pressure sores and the expertise, electrical mainly, in the treatment, with nurses, of pressure sores.’

A career highlight was appearing on the BBC disability radio programme ‘Does he take sugar?’, where she answered questions raised by members of the public.

The transition to retirement can be difficult for some people but Sylvia appears to have taken it in her stride by filling her days with voluntary work and meaningful activity.

She’s still in touch with former colleagues from Shenley and belongs to the CSP Retirement Association.  ‘And,’ she says, ‘I still read Frontline cover to cover.’

CSP fellow Joan Piercy’s route into physiotherapy was slightly different in that she trained first as a physical education teacher. She too had contemplated a career in medicine but, like Sylvia, found that in post-war Britain opportunities for women to train as doctors were limited.

‘I enjoyed my training in physical education but I still hankered after doing something in the medical line,’ says Joan, 90 at the end of this year. ‘I didn’t really know about physiotherapists in those early days. Then I found out about what they did and that was how I came to change.’

Accepted by the school of physiotherapy at the London Hospital, later the Royal London, Joan completed an 18-month course, shorter than usual because of her background in physical education.

‘We had very dedicated teachers,’ she says. ‘The training is rather different now, years on, but it was very good at that time and particularly in relation to patients. It was well disciplined and patients were always put first.’

After qualifying, she joined the teaching staff herself, rising to the post of principal in 1966.

She later helped to establish the first physiotherapy degree course in England, initially lasting four years but later shortened to the three years that is has remained ever since.

Joan retired from the Royal London in 1987 and spent a year working part-time at the CSP, covering the maternity leave of person who held the post of examinations officer at the time.

Following this, she assisted in the co-editing of the 12th edition of Tidy’s Physiotherapy, with Ann Thomson and Alison Skinner.

Other interests began to fill her time, says Joan, who lives in a village in Surrey. ‘Now, I take my Labrador out twice a day and I still play golf, although not as much as I used to.’

How does she regard the profession today? Has it changed for the better? ‘In some ways I think it has because students undertaking degrees develop the ability to evaluate and look more critically at subjects. If they do this when qualified it can improve treatment and benefit patients. More physiotherapists have the opportunity to pursue research projects which can evaluate and improve physiotherapy.’

Any regrets? ‘What I’m sad about is that we were unable to continue with the four-year BSc honours as it was reduced to three years. It would have given students a better preparation for clinical practice and more confidence before graduating and qualifying as physiotherapists.’

The gift of giving

When 93-year-old physiotherapist Sheila Ferres MBE was a child, every evening she and her two sisters were asked by their parents what they had done that day to help someone else. It was a formative experience: the desire to assist others became Sheila’s guiding principle and even now remains undimmed.

Sheila recently published her memoirs, A Life of Giving, which charts some remarkable features of her career in physiotherapy.  For example, she helped rehabilitate former prisoners of war traumatised by their treatment by Japanese captors; and she established one of the first clinics for patients who weren’t white in apartheid South Africa.

But what makes her life and career even more remarkable is that at the age of 30 she contracted polio from a patient and has lived with its debilitating effects ever since. Yet even in her 90s she continues to see patients in her private practice despite living in pain and having to rise at 5am to get herself ready in time.

Since 2000, when she launched her charity CHART, Sheila has raised more than £200,000 for local groups in Banchory, Aberdeenshire, where she lives. She took up painting in her seventies and sells her work to help support CHART.

Before being struck by polio, Sheila was a keen tennis player which she says taught her both how to win and how to lose. ‘And that has served me well.’

‘I’ve enjoyed every moment of it,’ she says of her long career. ‘I’ve been so tremendously lucky.’

The CSP Retirement Association (CSPRA) helps retired members stay in contact with each other and with the profession. The association’s secretary, Lyn Ankorn, says the aim is not to provide professional advice. ‘That’s the realm of the CSP. But we are there to listen and will guide members to sources of help.

Lynn says retirement is different for everyone and her approach has been to stay involved. ‘One or two people said to me, “When you retire, say no to all the things you are asked to do”. But I haven’t necessarily agreed with that. Many people have asked me to a lot of things and it’s given me great pleasure to do them – in my time and to help people.’

CSPRA membership costs £56.88 a year and includes Frontline, access to all online resources an archive of oral history recordings, and local geographic networks.