Gerard Greene is convinced that men’s pelvic health issues, which can cause great pain, are finally coming to the fore. 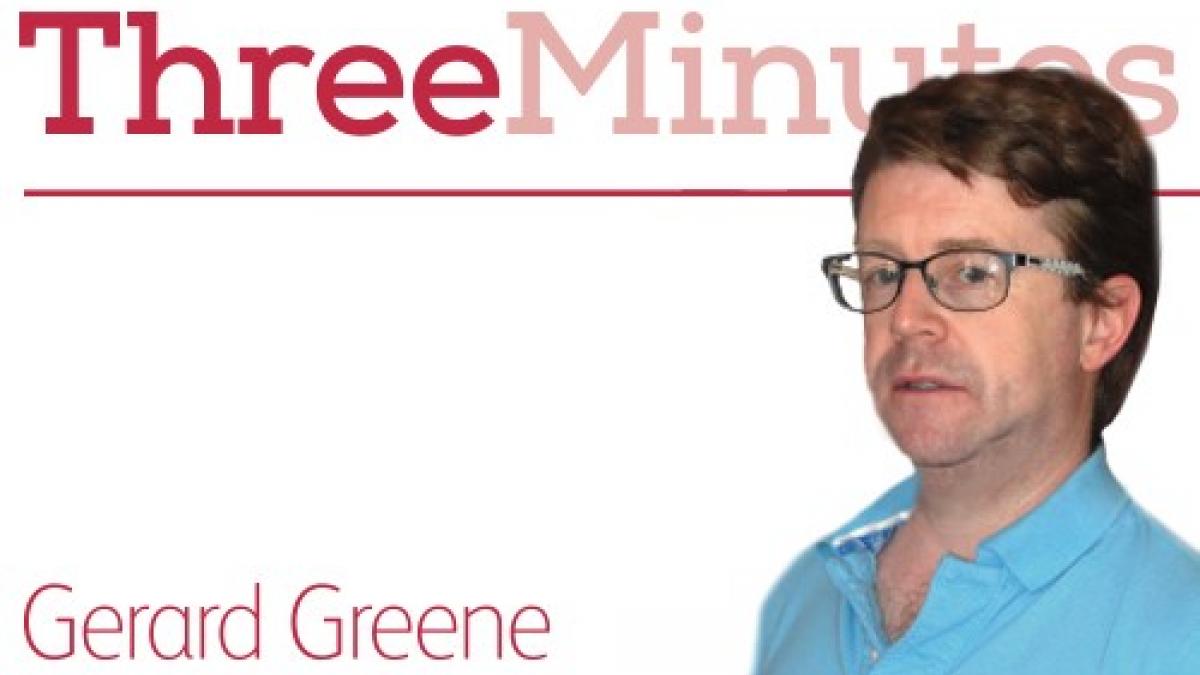 You were recently in South Africa?

I was invited by The South African Physiotherapy Society president, Dr Ina Diener, to teach the first men’s health course for members, with Joanne Milios, of Australia (@prostatejojo). I was also honoured to be part of the first men’s health focused symposium at the 2017 World Confederation for Physical Therapy (WCPT) in Cape Town with Jo, Ruth Jones from the UK, Paul Hodges from Australia, and Khaled Nasr from the US and Egypt. Our focus was launching men’s health as a global problem and new frontier in physiotherapy.  I was also invited by WCPT to deliver one of their new informal Indaba networking and discussion sessions on how WCPT 2015 had created opportunities for me.

How do you juggle international work with your day job?

As a senior lecturer at Coventry University, I have great support in attending and presenting at conferences. I work clinically in male and female pelvic health at my clinic in Birmingham (www.harbornephysio.co.uk) and with Ruth Jones in Southampton (www.cerianlife.com). I work with brilliant physios who can cover my workload when I’m away. I also have a very supportive wife, Dearbhla, who is also a physio, and brilliant at looking after our four kids. As they get older, we will all start to travel to conferences to make it more of a family event.

How can other physios stretch their wings?

I have found social media, especially Twitter and Facebook, invaluable for networking and forming professional relationships. That is where I met Jo Milios, Dr Ruth Jones and connected with Dr Emma Stokes, president of WCPT, all of whom have been hugely influential in my career. Be courageous and move out of the area you are currently in, network with different people, follow different people on Twitter and read about different areas of practice. Our next venture is to start a pelvic health paediatric service, which has come about by moving outside women’s and men’s health. Try to connect with organisations outside physiotherapy – other professional groups, charities and commercial groups. I will be teaching at the British Association of Urology Nurses conference in December, which would have been unlikely had I just focused on physiotherapy groups.

Tell us about your men’s health work in the UK

In the Birmingham and Southampton clinics we see a large number of men with debilitating pelvic pain – one in 10 men may develop pelvic pain. In addition, these men commonly have erectile (ejaculatory) pain, urinary and bowel dysfunction and it can be a torturous route to find help. We see a lot of men post-prostate cancer with urinary incontinence and erectile dysfunction, and also post-colorectal cancer with faecal incontinence.  We are fortunate in the UK to have pioneering physiotherapists, like Grace Dorey, who lead the way internationally in demonstrating that men’s health physiotherapy has an important role to play.

Is men’s health neglected? If so, what can be done?

Our research at Coventry University has shown that there are barriers to getting involved in men’s health, such as minimal undergraduate content, lack of courses and mentoring, and barriers to attending courses. It’s the classic, ‘How do I get experience in men’s health without having experience?’ Things are changing – we are now seeing male physios, musculoskeletal and sports physios taking a real interest in men’s health. The focused symposium at WCPT 2017 should also encourage other conferences to include men’s health.

How do you get your message out?

Strategic networking with key gate keepers such as urology nurse specialists, prostate UK charities, pelvic pain forums and other physio clinics and departments who see a lot of these men and can signpost them to specialist male pelvic physiotherapy. The Pelvic Obstetric and Gynaecological Physiotherapy network does great work highlighting men’s health to CSP members. Getting the CSP involved in key events, such as Men’s Health Week would be great. fl