Amanda Buttery is helping to steer a national audit that aims to improve the quality of services delivered to people with dementia. 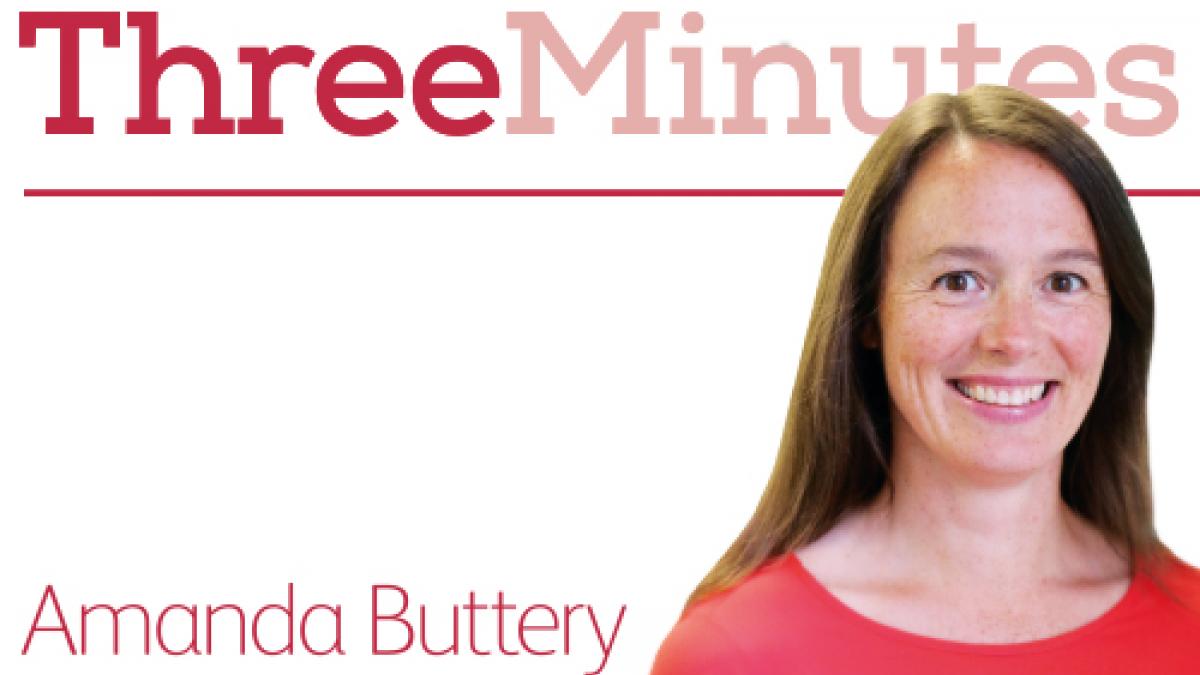 A place for passion

What is the National Audit of Dementia?

The National Audit of Dementia aims to improve the quality of services for people with dementia, by comparing them against evidence-based standards and national benchmarks. Hospital admission can be difficult and distressing for people with dementia, and the audit helps to identify how they are affected by structures, clinical practice and standards in general hospitals in England and Wales, and prioritise areas for improvement. This round of audit includes carer and staff surveys, a case note audit of people with dementia and an organisational checklist, which looks at areas such as complaints and staff training.

What’s your role in the audit?

The Royal College of Psychiatrists leads the audit and I’m on the steering group, which advises on the audit’s design and management.
See http://bit.ly/2aFgXKi I attend meetings alongside representatives from patient and carer organisations, third sector agencies, quality improvement and audit experts, and clinicians. We review the audit questions and content and help to promote participation. I got involved through previous experience with the Royal College of Physicians’ National Falls and Bone Health Audit – and it’s the first time a physiotherapist has been on the steering group. It’s timely, given the increasing evidence that exercise can have benefits in both preventing and managing dementia.

How can physio staff get involved?

One great way physiotherapists and support workers can get involved is by filling in the online staff survey, which has questions about support and training for good dementia care. All staff working in hospitals in patient-facing roles with people with dementia can take part, and the survey closes on 31 October.
Make sure you have your hospital code to hand. You can get this from your hospital audit lead or by contacting the national audit team. Tel: 020 3701 2697.

Tell us about your ‘day job’

I’m an innovation fellow at the Health Innovation Network, the Academic Health Science Network (AHSN) for south London, one of 15 AHSNs across England. The Health Innovation Network connects academics, NHS commissioners and providers, local authorities, patients and patient groups, and industry in order to accelerate the spread and adoption of innovations and best practice, using evidence-based research across large populations. My work includes improving falls risk assessment for people with dementia living in the community. Multiple stakeholders, including memory and falls services, are involved.

What drew you to this field?

I’m passionate about older people’s services and research, and have completed a PhD in gerontology at King’s College London. I’ve always been interested in how research evidence is translated into practice, and part of the remit of the AHSN is to do just that. I’m a great believer in how audits can drive quality improvement.

Yes. I previously worked at the Robert Koch Institute in Berlin, the German government’s central scientific institution for biomedicine, named after the Nobel Prize winning microbiologist who identified the tuberculosis bacilli. I worked in the epidemiology and health monitoring department, analysing population health data on topics including frailty, physical functioning and relationships between physical and mental health.

At November’s Dementia UK Congress I will co-run a workshop on practical ideas for preventing falls in people with dementia living in care homes.