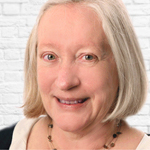 I joined the CSP about 19 years ago. When I started work, one of the stewards spoke to me about the CSP in general, about the benefits of being a part of a professional body.  We engaged in long conversations but I wasn't particularly interested in being a 'Union' member. However we talked about the importance of having a good appreciation of the profession I was working in, also of the role that support staff play within the profession and of the growing recognition of the valuable role. She gave convincing and compelling arguments - I enthusiastically joined up!

What career aspirations did you have for when you left school? Did you know what you wanted to do?

I enrolled on a Physiotherapy Diploma course at Hope Hospital, Salford. I don't think it was a burning desire to be a physiotherapist as such, but my overriding desire was to be able to help people live full, active, meaningful and functioning lives. I failed my first year exams and was unable continue. I returned home and found other work. I had no grand plan. In fact I was a bit flummoxed!

Has your career path been different to the way you expected it to go? What made it different?

I guess it was different in that I had never failed anything before. I might have just scraped through, but not failed. And so I had never had to think about a plan B. When I came home from Salford I got a basic office job, and just got on with it. I eventually ended up as a computer programmer continued in computing until I had the children.

I had not really planned to return to the workforce, but I got involved with community based projects aimed at improving life skills of residents in the local area. By the time my youngest was starting senior school I was looking for a new challenge. A very good friend (a nurse) saw a post advertised for a physiotherapy assistant and suggest I apply - 'It's just up your street - helping people!' I applied, was interviewed, offered the job and started the day after my daughter Eleanor started secondary school.

What have been your most enjoyable experiences in your career?

For highlights 2011 was a bumper year. I was awarded a Distinguished Service Award by the CSP for the work I had done within the CSP and my workplace and I received an invitation to a Garden Party at Buckingham Palace on behalf of the CSP. I also attended the WCPT (World Congress of Physical Therapy) in Amsterdam as a member of the CSP delegation.

The most enjoyable experience in the workplace is one that happens often: the privilege of seeing a patient achieve something they never thought they would be able to do. One of my very early memories is of a 7-year-old girl with JCA (juvenile arthritis). She struggled to walk ten steps without pain or assistance, but in the pool she could do 'Spice Girl' jumps just like every other little girl her age. Not all achievements are as emotional but the thrill of seeing someone do something that significant is a real boost.

How has your CSP helped you in your career?

The CSP has been an invaluable resource in my quests for knowledge. Staff are more than willing to help and advise. Resources like iCSP are great for communicating with other Associate members. Being an active member of the CSP has given me a much broader understanding of the profession I am proud to be a part of, and also of the role I can and could play in delivering physiotherapy.

Do you have any funny stories to share with us?

The one that really sticks in my memory is slipping on a banana skin! I thought that this was just one of those sayings with no evidence base but it really did happen to me. I’ve never met anyone else who owned up to it happening to them.

This happened back in my year as a student in Salford. I lived in Manchester and was rushing for a bus connection in Manchester Piccadilly on my way home, and lo and behold whoosh I went down in front of a very long bus queue. My face was so red! Of course I got up and walked on - slowly - protesting that I was fine. Fortunately Manchester is a big place and I was very unlikely to meet any of the witnesses again.

This is a really great opportunity to say physiotherapy support staff have ‘come of age’ and are ready and willing to play a responsible part within the profession! The roles we fulfill have grown and developed over the years and are now a necessary part of the physiotherapy team.

If you could give one message to your peers from what you have learnt in your career, what would it be?

It’s a great career – it doesn't have to be a stepping-stone to qualification. It can or may be, but does not have to be. I would say Physiotherapy Works! As a career as well as for patients' wellbeing. 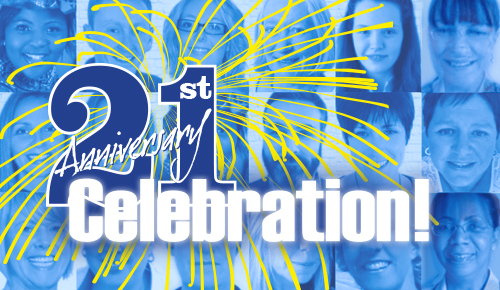