The chance to make a whistle-stop trip to the Isle of Man was snapped up by motorcycle-mad journalist Mark Gould. How is physiotherapy faring in this unique part of the UK? 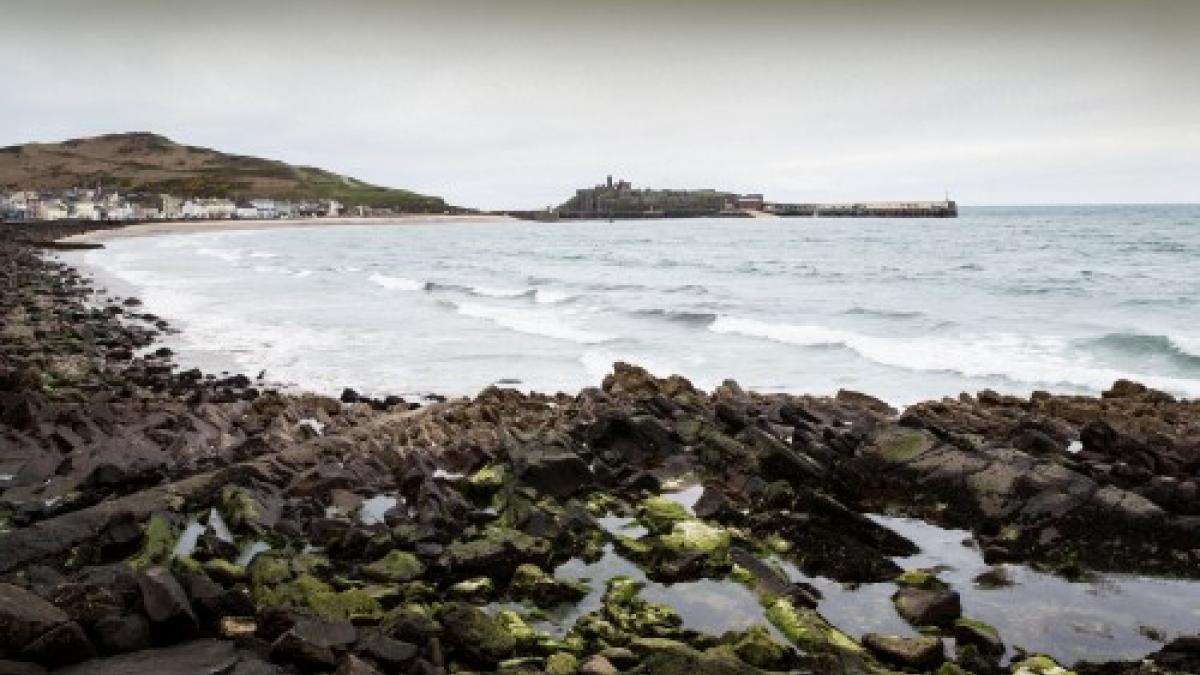 The Isle of Man

To the outside world the cliché shorthand is kippers, tailless cats, low taxes and the annual TT (Tourist Trophy) motorcycle races. It’s a tiny jewel of an island in the Irish Sea, roughly equidistant from England, Scotland, Wales and Northern Ireland. The 85,000 odd inhabitants rely on farming, fishing, tourism and financial services to make a living – which makes for interesting and challenging work for the 37 physiotherapists who work in the island’s NHS-style health service.
‘We have about 11,000 patient contacts a year, which with a total population of 85,000 is quite a lot,’ says Jane Cowley, the team leader for outpatient physiotherapy. And that population is diverse – in the more remote parts there is an ageing population where some inhabitants have never left the island. In other areas, older people have settled from other parts of the UK. In the capital, Douglas, the financial services industry is generally staffed by younger people with different expectations.
The island is spectacular: vast expanses of breath-taking hills and valleys, simple, sombre-coloured low-rise houses and lots of sheep. The way of life, according to physiotherapy manager Ruth Cooil – who possesses an old Manx surname – is very laid back and, to some, a little old-fashioned. ‘People always say hello,’ she notes, waving at a passing motorist as she gives me a whistle-stop – and, to my regret, car-driven – blast around the magnificent Mountain Course section of the world-famous TT circuit.
Because it’s a small island where everyone seems to be acquainted, maintaining patient confidentiality can require UN-standard diplomacy skills. A member of the public with a gripe can easily access a politician as the all MHKs’ numbers (Members of the House of Keys – the lower house of the Tynwald, the island’s parliament) are in the phone book. ‘When someone is not so happy about things they can call up their MHK and it goes public. Especially now with social media, you need to be careful about how to respond,’ says Mrs Cooil.
Just as in the NHS, the Manx health service wants to save money and provide faster and easier access for patients, while easing demand on GP services and hospital beds by the better and wider use of the skills of physiotherapy staff.

Mrs Cooil says 24-week waits for musculoskeletal (MSK) appointments were once common. A self-referral scheme introduced in 2012 has cut the wait to a week and now the scheme manages 6,000 referrals a year over four locations, Mrs Cooil says. ‘GPs and nurses are hugely supportive of the scheme and now we have started a pilot looking into the outcomes of patients seen by physios in general practice.’
The self-referral service also refers on to a physiotherapy injection clinic and to secondary care through physio-led orthopaedic clinics, Mrs Cooil explains.
‘These clinics have significantly reduced orthopaedic waiting times and are essential for patient flow – and they ensure GPs don’t have patients coming back for referral to secondary care.’ She says lead physios have begun working with colleagues in radiology to allow them to refer for imaging.
Cycling, football and rugby (as well as the water-based world Tin Bath Championships) are big here and staff at the island’s National Sports Centre work with the health service to promote fitness and wellbeing. Physiotherapists have taken a lead with podiatry and orthotic colleagues in developing an integrated foot and ankle pathway, which has led to a single stream of inward referral for patients with foot pain. They have developed structured, evidence-based, guidance for GPs, including training across all professions for orthotic provision, early identification of diabetic complications, red flags, and off-island training in foot and ankle imaging for key staff.

Sited just outside the capital Douglas, is Noble’s, the island’s major hospital. There is also a cottage hospital in Ramsey, while the Manx Emergency Doctor Service operates out-of-hours GP services. Noble’s, a sprawling low-rise 300-bed unit was built in 2013, yet to some it is already showing its age and limitations.
Some 18 months ago financial pressures saw the closure of its rehab ward. But that has resulted in the creation of an integrated therapy discharge team, which oversees the discharge of patients with more complex conditions. Physios are also piloting early supported discharge working with enablement and community staff.
Band 7 medical physio Phil Quayle (who also has an old Manx name) wants to develop an integrated respiratory support team to support patients in isolated areas. ‘We want to support people at home and deal with issues before they need to come here,’ he says. He is also working on a pilot scheme on a general medical ward looking to build respiratory competencies by offering three tiers of training: basic for nursing, care home staff, and GPs; more advanced for intensive therapy unit and A&E staff; and specialist.
The fact that Noble’s elective surgery ward is always closed on a Monday demonstrates the difference with the NHS across the water. Kitty Henry, acute team lead for physiotherapy says: ‘We do have lulls but then you just don’t know. We were preparing for the TT races one year when we had four hip patients turn up just at the time when you want things clear.’

Due to the TT, the emergency department is a trauma unit and part of the NHS North West Regional Network. Therapists are heavily involved in ensuring standards are maintained. But unlike urgent care in the NHS, Ms Henry says there is no crime-related trauma. ‘Given our experience of the TT [since 1907] we are used to dealing with complex trauma. But it is all accidents: motorcycles, car, farming, fishing, nothing crime-related – no stabbings, or gunshots.’
This crime-free environment, great beaches and scenery make the island a ‘great place to work’, says CSP steward Clare Ellis, who hails from Glasgow and is married to a doctor. Fellow steward Graihagh Betteridge studied in Manchester but her family and husband are natives. ‘When a job came up I jumped at the chance – but it’s not the place for nightlife and partying.’
They agree that money can be a problem. ‘When I moved to the island 12 years ago the pay differential with the NHS was 10 to 15 per cent [in the Isle of Man’s favour]; now its three to five per cent but the cost of living is much higher – everything has to be shipped in so there’s not much price competition. Housing and bills cost more, especially in the towns. A band 5 physio coming here would struggle to get on the property ladder,’ Ms Ellis says.
Most physiotherapists are Manx-born but have to ‘go abroad’ to study as there is no university on the island. Courses and accommodation are paid for by the state, but this element just adds another layer of complexity to professional development. Many physiotherapists want to be able to prescribe to ease pressure on GPs and hospitals. Rebecca King, who would like to prescribe Botox for limb spasticity, says that it means regular trips to the University of Nottingham to complete her master’s degree.
While there is no legal requirement for new graduates to return, most people I spoke with said it was expected – although return is not always immediate.
The low footfall of patients with rarer conditions or disabilities, and the fact that the closest ‘expert’ might be an air or ferry trip away, means that many physios become ‘generalist specialist’, says Frances Butler, clinical team lead for children. Her team comprises four physiotherapists (not all full-time) and four occupational therapists.
‘Between us we see acute MSK, children with disabilities, childhood dyspraxia, autism spectrum – everything. It can be quite challenging. In one year we had two patients with a condition which we would only expect to see once every 10 years. That means you must be pro-active in terms of keeping up your skills and expertise.’fl