Victoria Dickens reflects on her colleagues' response to last month's bombing at the Manchester Arena. 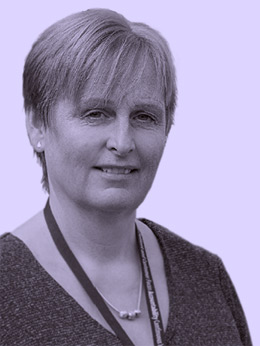 My role at the trust is consultant physiotherapist and clinical director for orthopaedics. This meant that most of my involvement was in my position within orthopaedics. The senior manager on call on 22 May happened to be the orthopaedic/theatre senior manager. Having been at work for 24 hours, she went home on Tuesday morning and handed over to a fresh team to co-ordinate theatre cases for that day and the rest of the week ahead.

My role that morning included supporting the surgeons (all grades) who report to me, ensuring the right people with the right skills were available and everyone was having enough rest between shifts.

One of the first things I did was locate a phone charger for the consultant who had been on call during the incident. He had just one per cent charge on his phone in the morning. I attended the major trauma meeting on intensive care unit (ICU) on behalf of orthopaedics to ensure that the communication between teams worked. I spent a lot of time co-ordinating with anaesthetists and surgeons from other specialities.

The physiotherapists from ICU also attended this meeting to support victims of the incident and also worked closely with ICU staff. They provided a link back to the team for patients who had stepped down from ICU slightly earlier than expected as part of the plan to create the beds for the expected victims.

Very early on a team from the military visited, offering support to all clinicians in managing the victims. Physiotherapists from ICU and I were present in the meetings and on ward rounds, entering into discussions about the immediate and longer-term management of patients (including rehabilitation).

As I reflect on recent weeks, the key attributes that physios possess stand out: leadership, prioritisation, communication, doing the 'right thing', short-term and long-term planning, caring for and supporting colleagues, patients and relatives. Many more attributes were (and continue to be) displayed by all members of staff involved.

I think the preparation across Greater Manchester, especially since the London incident in March, helped staff cope and ensured that patients received excellent care across the city. The distribution of patients to different appropriate hospitals was key to this. I am extremely proud to be part of such a brilliant team during this difficult time.