In Person: In the corridors of power

Chief executive Karen Middleton outlines her approach to meeting the most powerful man in NHS England. 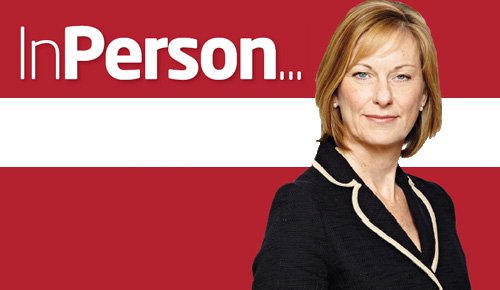 In my last column I talked about being the solution, not the problem and said I had used this approach in my meeting with Simon Stevens, the chief executive of NHS England.
I’d like to take you through my approach, as it might help you prepare for similar situations when you are trying to influence decision makers and budget holders about the value of physiotherapy.
A few months after Simon started in his new role, I wrote to him asking for a meeting. It was a very carefully crafted letter – always think about the very first impression you will give and bear in mind that, with people like Simon, it won’t be him who reads it. It took several drafts, plus a lot of listening to what he had been talking about. Researching the person or people you want to influence is essential.
The letter talked about the value of physiotherapy in tackling some of the problems he was dealing with and, crucially, was evidenced with data about outcomes and money. I’d realised Simon responds to data, data and more data – not human stories. I also talked about how the CSP could help.
My preparation for the meeting started with the thinking – something I do best with others. We narrowed down what we wanted to get out of half an hour with the most powerful person in the English NHS and came up with a plan of action.
The plan started with the Five Year Forward View (5YFV), as this sets out the blue print for the future of the NHS in England.
Know the style of the person you are trying to influence. I found out that Simon tends to use PowerPoint a lot, so I decided to take a hard copy set of slides that I could leave with him. Each one illustrated the value of physiotherapy in tackling the big issues he was dealing with: the demand on A&E, on primary care, keeping people with long-term conditions and our older population fit, working and independent and how to shift to a more sustainable NHS.
Never assume that people know our role. The opening slide was a simple description of the attributes of physiotherapists – what our offer is.
In 30 minutes you have to be clear about what you want. I wanted Simon to know the CSP is here to help, not hinder; that physiotherapy could be the solution to many of his problems, and to try and get a follow up meeting. When he asked what he could do for me, I turned it around to what I could do for him in delivering his vision for the future.
As expected, he questioned me on every figure I used; he wanted all the data triangulated and he drilled down into all the examples I used. He was particularly interested in getting people back to work and how to increase the levels of physical activity as well as preventing admissions via A&E.
When he talked about role substitution between occupational therapists and physiotherapists, I talked about role substitution between physiotherapists and GPs.
The meeting was pacey and rigorous, but the preparation was everything. There wasn’t anything I wasn’t ready for or didn’t know about. And not once did I mention needing more physiotherapists or money.
Knowing the agenda is crucial. The 5YFV is a must read for physiotherapists working in healthcare in England, whatever sector, as is the Forward View into Action which sets out the practicalities of achieving these goals.
But wherever you work, keep abreast of the big picture. Seize the opportunity to influence, but remember: be the solution, not the problem. And don’t go in asking for more money or more physiotherapists – that’ll come once you have gained credibility as the answer to the problem. fl
See our Simon Stevens Cribsheet here or on page 36 in the magazine. You can email Karen at: enquiries@csp.org.uk​​​​​​​​​​​​​​​​​​​​​