Allaina Eden and Kelly Morris examine the use of ECMO for patients with severe respiratory failure and other conditions. 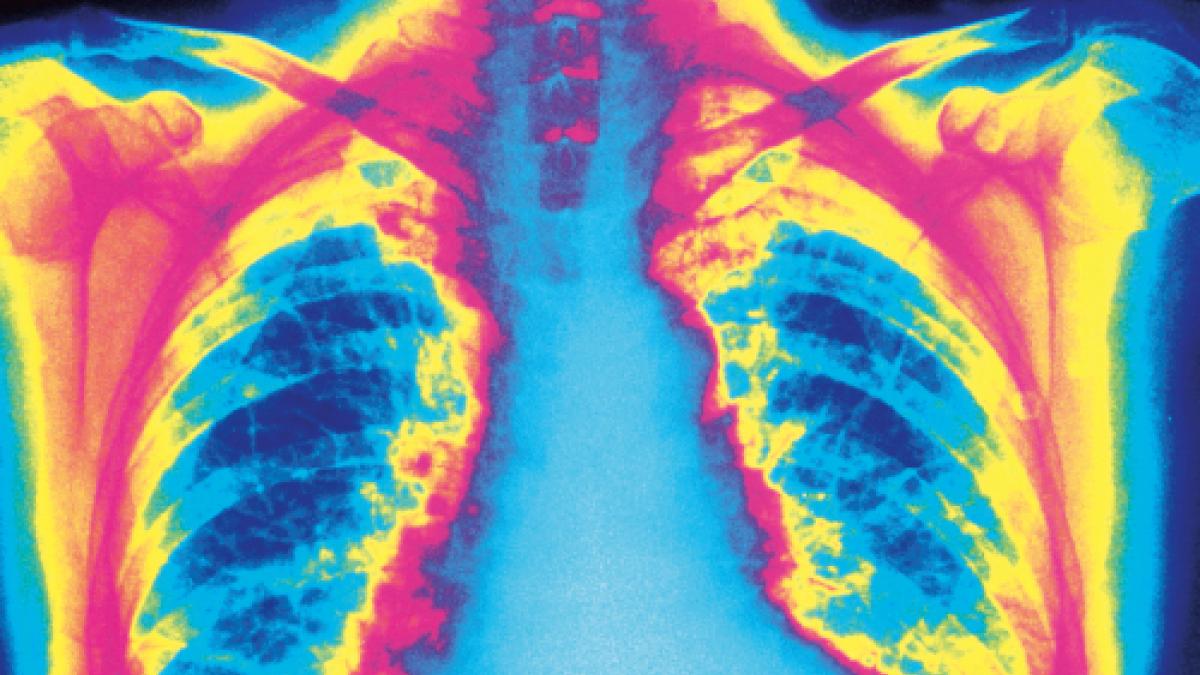 Extracorporeal membrane oxygenation (ECMO) is a temporary supportive treatment modality for patients with severe respiratory or cardiac failure who are severely hypoxic and/or hypercapnic despite maximal medical intervention (Hung et al 2012).
Veno-venous ECMO provides respiratory support, whereas veno-arterial (VA) ECMO supports cardiac function in addition to respiratory support. Cannulae are usually placed in the femoral vein/artery and internal jugular vein/artery. The circuit is comprised of a pump and oxygenator.
The level of ECMO support is determined by flow rate of blood around the ECMO circuit, the fraction of oxygen piped into the circuit and sweep flow, which is the rate of oxygen through the oxygenator.
While on ECMO, patients may be fully ventilated, self-ventilating or not ventilating (where an artificial airway is capped off due to pulmonary haemorrhage or dense consolidation resulting in no lung volumes). The more impaired lung function and gas exchange, the higher level of support provided by ECMO.

What is the history of ECMO?

ECMO has been in used since the 1970s and was originally used in neonates with pulmonary hypertension. It has evolved significantly, with increasing success in the paediatric population and latterly adults. Today’s ECMO circuit remains a simplified version of cardiopulmonary bypass. However, evolution in cannulation, insertion techniques and circuitry has led to its improved safety and easier use in the intensive care unit (ICU) environment (Lewandowski 2000).

Why is it so popular now?

Who benefits from ECMO?

Most patients who are referred for respiratory ECMO have developed acute respiratory distress syndrome (ARDS) or have acute lung injury. The underlying cause of these is varied including community acquired pneumonia, aspiration pneumonia, bacterial pneumonia, HIV, chest wall trauma, emboli, and pulmonary haemorrhage. Some patients have not developed ARDS and have an exacerbation of their chronic lung disease, such as interstitial lung disease and asthma.
There are national inclusion and exclusion criteria for patients who are referred for respiratory ECMO.

What do physiotherapists need to know?

Patients referred for respiratory ECMO have often been seen by the physiotherapy teams at their local hospital as they present with a rapid deteriorating respiratory symptoms requiring physiotherapy management, continuous positive airway pressure or non-invasive ventilation support before intubation.
During admission for ECMO, the physiotherapy team at the ECMO centre will continue the same therapy as other respiratory physiotherapists. While patients have severely restricted lung compliance and poor lung volumes the focus is on secretion clearance. Treatment techniques may involve manual techniques, suctioning, positioning and physiotherapy assisted bronchoscopies. As lung compliance improves, methods to increase and optimise lung volumes will commence.
When patients are stable, they can be awake and active with ECMO in place, and normal ICU rehabilitation is commenced can start while patients are receiving ECMO and afterwards. Standardised risk assessment is carried before rehabilitation and with special consideration of ECMO technicalities.
This includes cannula insertion points and internal position, stage of respiratory recovery and additional ventilator or ECMO support required during treatment, anti-coagulation and the number and skill mix of staff required.
Respiratory and rehabilitation ICU pathways should be continued when patients return to their referring hospital following ECMO decannulation. Patients may have reduced range of movement at joints where the cannula was positioned, develop painful haematomas at previous cannula insertion points and psychological issues associated with being sedated on ECMO.

The lead physiotherapists from each of the five ECMO centres form the core members of the ECMO Physiotherapy Network. This group meets twice a year to provide peer support, update on each ECMO units recent patient experience and clinical care, feedback from ECMO meetings and conferences, and plan developments for the group. At present, the group is developing the network logo, and awaiting publishing of a consensus document on best practice for respiratory ECMO and physiotherapy. The group aims to raise its profile through attending meetings, the Association for Chartered Physiotherapists in Respiratory Care professional network (information on ECMO and the group can be found on the website www.acprc.org.uk), and through Twitter. Follow on @ECMO_physio fl
Murray Score Calculator

VA ECMO is used in many cardiothoracic centres after cardiac surgery for patients unable to come off bypass, as a bridge therapy in heart failure and as a supportive measure after cardiac arrest.