Coastal concerns: living and working by the sea

Living and working by the sea would be many people’s idea of heaven – but the reality can be different, as Louise Hunt found out. 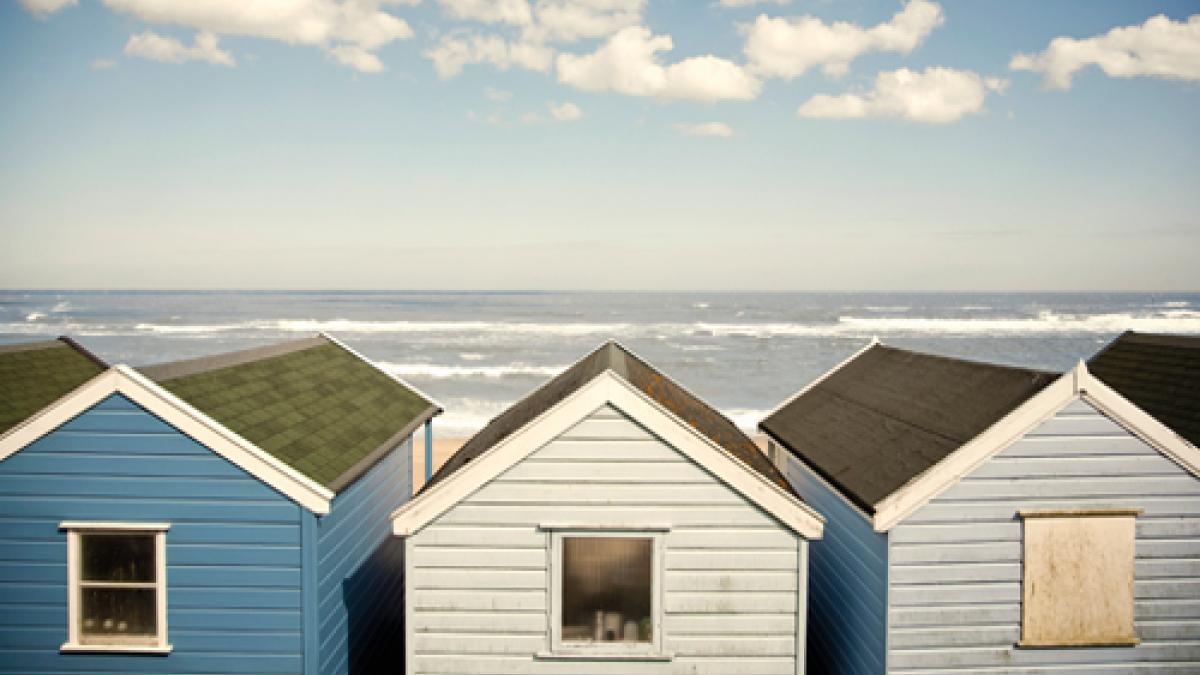 Who doesn’t visit seaside towns and imagine living in a pastel-painted clapboard house on the shingle or breakfasting on the balcony of a Regency pile looking out at the crashing waves? But romantic novels and period dramas aside, what is the reality for those members who live and work in coastal towns?
Many coastal towns in the UK have become outposts of deprivation, in part because funding from national initiatives to help people escape endless cycles of disadvantage fail to reach the faded edges of the country.
This was one of the key findings of a report by the Social Mobility and Child Poverty Commission, published at the end of January, which described coastal towns as ‘social mobility cold spots’. Led by former Labour health secretary Alan Milburn, it is the first study to rank each local authority in England in terms of the social mobility prospects of disadvantaged children in their area. Blackpool, Great Yarmouth in Norfolk and Minehead in Somerset were flagged as some of the worst performing places for social mobility.
Low educational attainment, high unemployment and large populations of older people are the typical demographics of economically deprived coastal areas. The associated health problems can present challenges to physiotherapy practice, but can also make for fulfilling workplaces. Mark Taylor, a CSP representative at Blackpool Teaching Hospitals Trust, who was born and bred in the area, says: ‘The unique patient population means work is never boring.
‘The town has a mixed demographic. Blackpool itself has experienced well-documented difficulties with deprivation and the particular issues that many seaside towns get. These are related to seasonal work and a transient population along with above average rates of alcohol use, drug use and obesity.
‘But the town is like any other with pockets of deprivation and the area we cover also incorporates Lytham and Wyre borough, for example, which are at the other end of the socioeconomic spectrum.
‘While always very busy, our emergency department can face significant additional pressures at busy periods for the resort such as bank holidays. This can impact on the work throughout the hospital, but on the flip side it can also lead to some very interesting stories as to how injuries occurred!’
Mr Taylor added: ‘There are certainly local pressures created by a prevalence of long-term conditions such as chronic obstructive pulmonary disease.’ An emphasis is being placed on multidisciplinary initiatives aimed at preventing admissions. However, as these involve more “non-traditional” physio roles there may be some issues with recruitment.
‘The wards in the hospital have certainly got a high number of patients with co-morbidities and long-term conditions and these can cause issues in trying to achieve an effective discharge.
‘Although initiatives have been put in place from a medical and rehab perspective to get people home there are the well-documented pressures on social care funding which can have a knock-on effect for physios and other health professionals in this field.’

At the opposite end of the country in Essex, physiotherapist Ellen Louise Hellard has lived in Clacton-on-Sea for 13 years, and works for an outpatient service that’s part of a social enterprise. ‘Clacton has Jaywick, which is one of the most deprived areas in the UK. There’s lots of unemployment, but in the summer months the town is packed with holidaymakers. In summer it looks very nice, and it attracts older people wanting to retire here.’
Distances between the town and the nearest acute or specialist service can mean patients miss out on the treatment they need, with knock-on effects for the musculoskeletal (MSK) outpatient team. ‘Clacton Hospital only offers non-acute care, so patients have to go to Colchester Hospital, which is 18 miles away. Lots of people here find it too expensive and difficult to travel on public transport, and we tend to see people who really need a more specialist service, such as women’s health,’ she says. The upside, she adds, is: ‘We have some lovely patients. It’s a tight-knit community who appreciate the services they are able to access.’
The community feel also influences work environments, says Mark Taylor: ‘The one thing apparent to anyone coming to work in the trust is the warmth and friendliness among staff.’ Despite the health problems prevalent in coastal towns, research has shown that living near the sea has small, but significant health and wellbeing benefits. A study undertaken in 2012 by the European Centre for Environment and Human Health at the University of Exeter, found that people are more likely to have good health the closer they live to the sea.
Ben Wheeler, senior research fellow, says the study, based on 2001 UK census data, is still relevant today and could be helpful in addressing the inequalities highlighted by the Social Mobility and Child Poverty Commission. ‘The evidence suggests the strongest positive effects of living by the sea could be seen in the most economically deprived areas,’ he says.  ‘The data showed that the closest to the coast people lived the more likely they were to meet the government’s healthy living guidelines on physical activity. Other studies show that people living near the seaside have better mental health, which may be linked to more opportunities for social contact, such as taking the family to the beach and opportunities for meeting people.’

These benefits may not be enough on their own to counteract health inequalities in these areas, but Dr Wheeler believes they could be harnessed to support health improvements. So there could be opportunities for physios to exploit the medicinal powers of the seaside in more organised programmes.
But attracting physios, especially those early on their careers, to work in remote, down-at-heel areas, is a challenge for many local services which is being exacerbated by the national shortage of newly-qualified physiotherapists.
‘It can be difficult to get physiotherapy staff,’ says Ms Hellard. ‘The last two vacancies had to be re-advertised several times. We can’t offer rotational posts, and there are not many band 5s who want to go into a static MSK post. The majority of our staff travel in from other areas and we have recruited some of our staff from abroad.’
Mr Taylor says Blackpool shares similar issues: ‘It can be difficult to recruit staff with reasons probably being the proximity of large urban centres, and the reputation of the town as a centre for deprivation.’
Physio services in rural parts of Scotland and Wales also experience recruitment problems, says Ann Ross, the Glasgow-based chair of LaMPS, the CSP professional network for leaders and managers of physiotherapy services. She collected experiences of members living in coastal areas of the Celtic regions. In west Strathclyde, for example, one member says ‘commuting distance from Glasgow and lack of suitable or affordable rented accommodation put people off applying for posts’.
And in Pembrokeshire, west Wales, another member says ‘there is difficulty recruiting staff, as unless you come from there you won’t move as it is a long way from urban facilities even if it is still by the sea.’  Nevertheless, those already living by the sea are quite evangelical about their choice. ‘With beautiful countryside and major cities close at hand, I never particularly wanted to leave,’ says Blackpool-based Mr Taylor.
Cate Leighton, physiotherapy and occupational therapy lead at Portsmouth Hospitals, says there are challenges.  She refers to ‘real pockets of poverty’ in the city and stretched community teams covering large distances across Hampshire.
‘But on a sunny day, it’s beautiful to drive round with seafront properties, fabulous sunsets, and evenings on the beach. I live on a large park, 300 yards around the corner from the seafront. It’s bliss, nothing would persuade me to not live by the sea.’

The Social Mobility Index
Does living by the coast improve health and wellbeing?