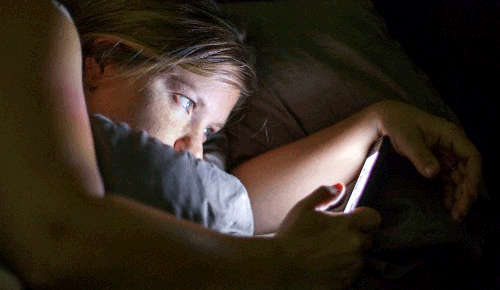 Helping a seriously ill patient breathe freely makes the hasty midnight drive worthwhile for a physiotherapist on call. Timely intervention can save a life, or let a patient stay on the ward instead of being rushed to the intensive care unit. But is physios’ commitment enough to cope with ever-increasing hours and duties?

When physios at a Middlesbrough hospital found their calls to night-time emergencies were becoming more frequent, they looked for ways to ensure the quality of daytime work wasn’t affected.

‘We noticed our on-call duties were rising significantly,’ says Philip Howard, a clinical specialist in critical care at James Cook University hospital. From 4.30pm to 8am, the physio on call sometimes had no time to eat or rest.

‘It was so busy in the winter that physios were getting halfway home and being bleeped back again – then going to work the next day as well,’ says Mr Howard.

Auditing all their calls over a four-month period revealed that 40 per cent were made before 8pm. After long discussions, the team changed the on-call service to start at 8pm and instituted a ‘twilight’ shift to cover the busier evening hours.

‘After three months we had reduced callouts significantly,’ says Mr Howard. ‘We had positive feedback from staff, who had time for a shower and a meal before starting on call. Being called out less often, they were less tired at work during the day.’

Twilight shifts are being introduced in numerous services, with flexibility and relevance to local needs improving the chances of success.

At James Cook hospital, staff could choose to work 12 hours from 8am, or start later in the day. Either way, they finished the twilight shift at 8pm and took back the time during the following week, doing about one twilight shift and one night on call every four to six weeks. However, says Mr Howard, ‘although there are fewer emergencies, we do seem to be getting more calls that we wouldn’t have had before in the evening, because doctors know we’ll be in the hospital.’

The increasing demand for physios to work outside daytime hours is part of a move towards 24/7 healthcare, especially for urgent and emergency services. NHS England’s current review is putting these services under the spotlight.  As national medical director Sir Bruce Keogh says ‘for acute services to be judged safe, they have to be safe 24/7’.

NHS England’s proposed new clinical standards will require all emergency inpatients to be assessed for complex or on-going needs by a multi-professional team including a physiotherapist, within 14 hours.

The CSP supports this expansion.  ‘Frontloading physiotherapy in the acute and emergency departments, across seven-day and evenings, not only supports effective and safe admission avoidance, but also prevents deterioration after admission and facilitates early discharge,’ the CSP said in a statement last year.

Having physios on hand for longer hours is cost-effective, as CSP senior negotiating officer Andy Ballard points out. Their work helps to free up hospital beds and reduce the time that facilities such as operating theatres are left idle. But this raises questions about staffing levels. ‘Yes, some people will come at 8pm instead of during the day,’ says Mr Ballard. ‘But generally if you want a longer service you need more staff. We’ve got to persuade employers that if they spend more money on physiotherapy they’ll be saving money on other things.’

Conditions are also a concern, after a CSP survey last year found that many NHS employers fail to provide appropriate arrangements for staff to rest after working on-call overnight. Physios have complained of difficulty in taking the time off that they’re owed. Sickness and annual leave can quickly derail a rota.

Mr Ballard, who has been working with stewards at North Bristol trust, notes that the success of extended-hours working also relies on other services cooperating. Physios won’t send vulnerable patients home, for example, if there’s no community team on duty to receive them.

‘It needs joined-up thinking by different employers, but we have employers acting in isolation,’ he says.

In general, evening shifts that finish well before midnight are a popular innovation. But being on call overnight – usually for respiratory emergencies – is more controversial. Conversations on iCSP reveal physios’ concerns about dealing with patients who are having trouble breathing.

‘It seems incredible to me that the most critically ill patients could be treated by the least proficient staff,’ one member said.

Many members commenting on iCSP wish to opt out of the on-call rota, while others point out that the more people do that, the heavier the workload for those who do not.

‘There has been a debate about whether musculoskeletal (MSK) physios should be on call,’ says CSP professional adviser Carley King.  ‘It’s quite normal for anyone having their first on-call to be anxious,’ she says. ‘But it’s well within the scope of the profession. It’s the responsibility of the individual and the organisation to ensure they are working within their individual scope.’ Many trusts have  ‘buddy’ systems, in which an experienced physio gives advice by phone.

Catherine Thompson, chair of the Association of Chartered Physiotherapists in Respiratory Care (ACPRC) and head of patient experience (acute services) at NHS England, agrees that respiratory specialists aren’t the only physios competent to work on call.

Physios using the relevant skills from day to day should take part in the rota, she says. Those working in care of the older person or neurology, for example, might often provide respiratory care as part of their everyday work. But she would not expect the same of physios working solely in MSK outpatients.

‘My personal opinion is that people who don’t work in the field at all cannot maintain their competence, unless they have a structured programme with release on a regular basis to maintain their skills.’

ACPRC has worked with the CSP  to try to solve this problem, she says. But, she adds, patient safety trumps all other concerns. fl

Earlier this year researchers at the University of Surrey reported that shift work profoundly disturbed the metabolism.

It particularly disrupted the many functions affected by the rhythms known as the ‘body clock’ (Archer SN et al. Mistimed sleep disrupts circadian regulation of the human transcriptome. PNAS 2014).

Working outside ‘office hours’ – about 7am to 6pm – has been linked with health problems such as sleep disturbance, miscarriages, diabetes, strokes and heart attacks.

These concerns are backed by a wealth of evidence. But research is encouraging for physiotherapists who do twilight shifts or occasional nights on call.

If you have concerns about your work patterns, talk to your CSP safety rep. They can formally ask to review managers’ work assessments to ensure there are adequate breaks between shifts.

They can also ensure that records of working hours are kept, and that monitoring mechanisms are in place, as required in the ‘working time’ regulations.

If you work outside the NHS, contact CSP enquiry handling unit on email, enquiries@csp.org.uk or telephone 020 7306 6666.