So what’s the problem with one per cent? CSP director of employment relations and union services, Claire Sullivan, on the latest NHS pay news. 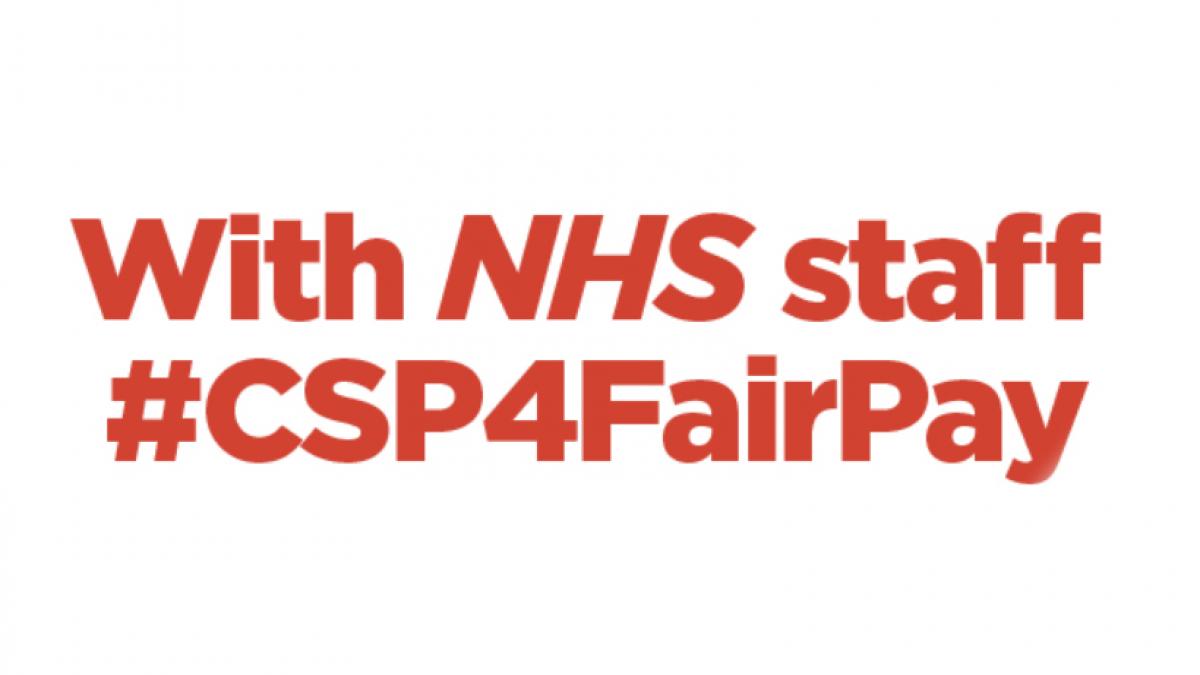 The simple response of course is ‘because it isn’t enough’ but in reality the answer is far more complex and far more serious.

There are of course the moral reasons. The 1.4 million people employed by the NHS have just been through the most difficult year of their working lives – and it isn’t over yet.

They have saved many tens of thousands of lives and provided outstanding physical care and emotional succour to those whose lives they couldn’t save. They have needed to acquire novel knowledge and skills rapidly; have often been redeployed to new work areas several times; and have repeatedly put their patients ahead of their own families and loved ones.

They have done all this while knowing they were putting themselves at higher risk of contracting Covid and that hundreds of their NHS colleagues and friends have tragically died of Covid.

In the coming months they will go over and above once again to give back function, quality of life and health to hundreds of thousands of people with long Covid and other delayed medical and rehabilitation needs.

I defy anyone to tell me these are the traits of people whose primary work motivation is money; for almost all staff, working in the NHS is a vocation - but fair pay is one of the most important things any employer can do that makes staff feel valued.

And paying the bills and having an adequate standard of living are still, of course, essential, which brings me to the economic reasons.

NHS staff, along with fellow public sector workers, experienced almost a decade of pay freezes and below inflation pay rises from 2010, a period in which their pay fell in real terms by more than 12 per cent

The three-year agreement which is just coming to an end was not solely a pay award but included a significant amount of restructuring and while this has led to these larger rises (long overdue) for some, annual pay increments were brought to an end.

And finally, for the almost half of NHS staff already at the top of their pay bands, the increase was a lot more modest - to say the least - at 6.5 per cent over three years, something we have been campaigning to address this time round. We know too that pay for NHS physio staff significantly ‘sets the rate’ for those working in the independent sector too.

In my view, far worse than the one per cent recommendation itself has been the government’s repeated comparison of the NHS with the rest of the public sector, which is currently subject to an equally unjustifiable pay freeze.

As always, public sector workers stand together, support each other, and will not be divided by such patently ridiculous spin. To anyone honestly making the case that one per cent is acceptable because it compares favourably with zero for other deserving key workers there is really only one response – shame on you.

But there’s more – this is a further kick in the teeth for diversity. While the UK’s working population is 15 per cent BAME, 22 per cent of the NHS workforce identify as BAME, something the NHS should celebrate.

In the NHS, as elsewhere, our BAME colleagues have to work harder and fight unfair treatment harder to progress and many of the NHS’s 300,000 BAME staff are in the lower grades

This one per cent, alongside existing inequalities and a greater vulnerability to Covid, will leave our BAME colleagues once again disadvantaged

Alongside this, more than three-quarters of the NHS workforce are women and we already know from other studies that women have been disproportionately affected by Covid.

If none of the above surprises you, maybe the final reason will and that is the astounding short-sightedness of the government in taking this course. The NHS is a tremendously rewarding place to work but it is also tough, both physically and emotionally.

At any one time, the NHS has up to 100,000 vacancies, including 7-20 per cent in physiotherapy departments; it isn’t always easy to attract new people and it is even harder to keep people, many of whom are approaching retirement age, particularly now when staff are exhausted and depleted.

For many one per cent will be the final straw. Over the last three years, the NHS has made new commitments to build trust and make the NHS the best place to work – I’m sure I’m not the only person to whom those words currently feel hollow and unachievable.

We have never needed the NHS more – for the pandemic, yes, although we all hope that isn’t with us for ever.

But also to meet the complex needs of an ageing population, to use modern technology to deliver the best possible care and treatment and to make a significant shift to preventing ill-health. This is not the way to go about meeting that need.