Physio staff back a new deal for working people

CSP members, partners, children and staff joined thousands of other health trade unionists marching through London on 12 May. 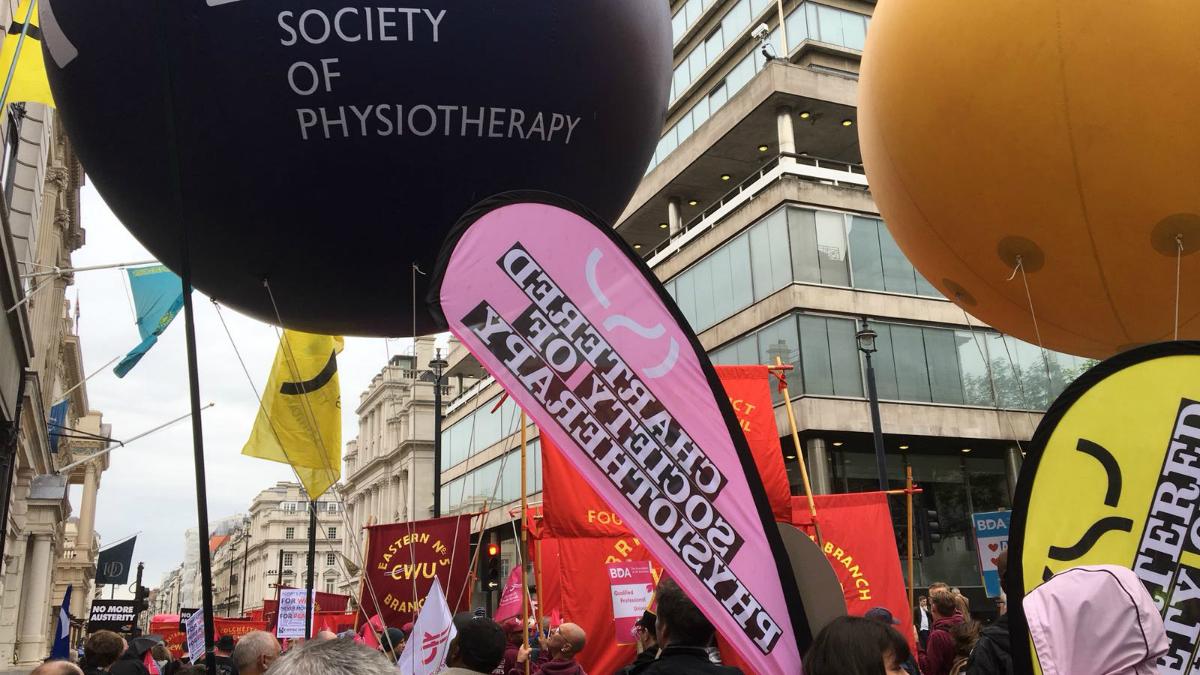 The rally, organised by the TUC, called for a new deal for working people and a better funded NHS.

People from across the public sector lined the streets of the embankment and marched on to Hyde Park, gaining public support along the way. 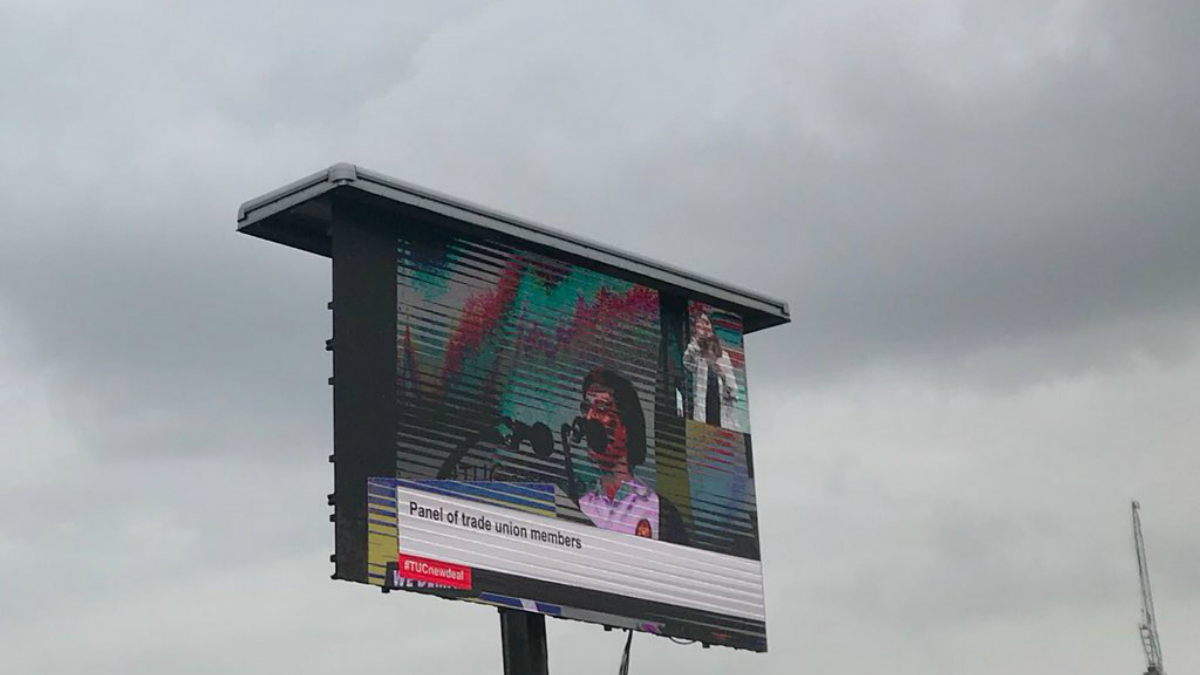 Jill Taylor, chair of the CSP's previous industrial relations committee, spoke from the main stage, pictured, about an overworked and under-resourced NHS. Not letting the rain dampen her spirits, her passion for the NHS and physiotherapy shone through.

Alongside Ms Taylor, physiotherapy staff came from London trusts and as far afield as the East Midlands, Norfolk, Manchester, Yorkshire and the north east.

Jim Phelan, CSP regional steward for Yorkshire and Humberside, said: ‘I marched to highlight the stagnation of workers’ wages, protest the rise in the use of zero hours contracts, food banks and homelessness… and to show my support for the NHS.’ 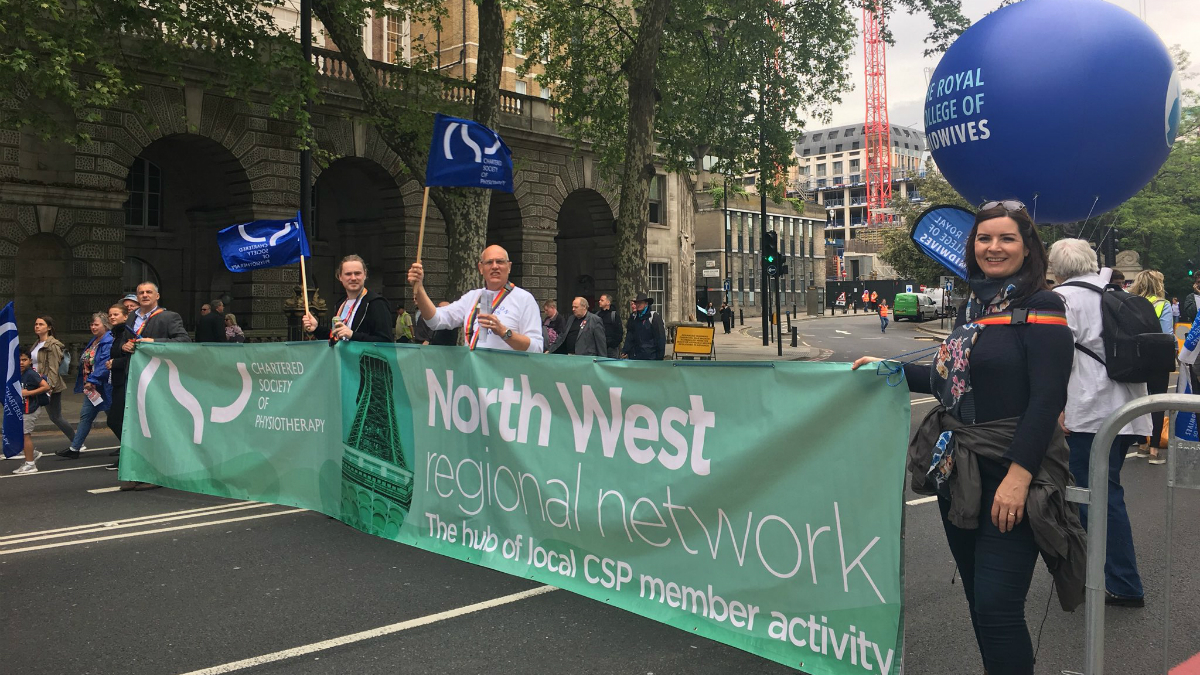 Zoe Clare, CSP north east regional rep, who made the journey to the capital, said: 'For too long now our NHS has been over-stretched and under-resourced. I was truly inspired by the amount of people that turned up from far and wide to march with their unions and stand together in solidarity.'

2018 marks the 70th birthday of the NHS. The CSP are supporting the health union-backed #OurNHS70 Free, For All, Forever event to be held in London, on 30 June. For more information, email CSP organising officer, Siân Caulfield at caulfields@csp.org.uk