Physiotherapy-led aftercare for people who leave hospital with unstable injuries to the spine is saving thousands of pounds for the NHS in east London. 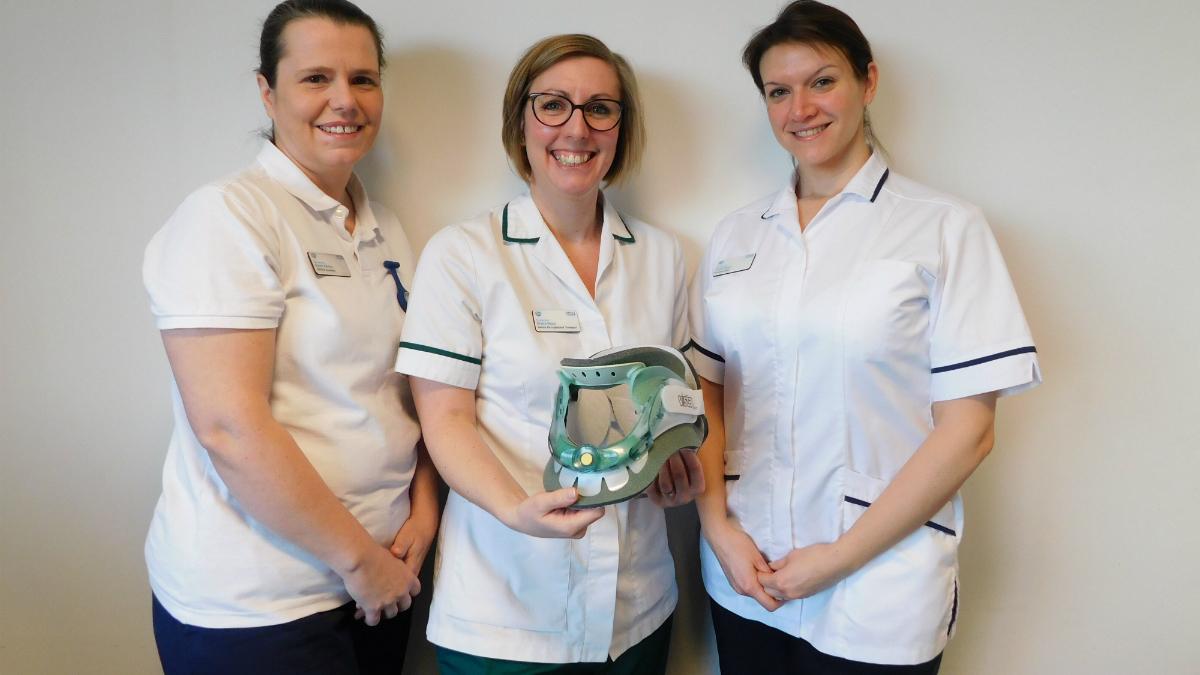 Barking, Havering and Redbridge NHS Trust launched the collar and brace aftercare service in June 2017. Based on a cost of £500 per day for inpatient care, the trust has calculated that in late 2017 the service saved nearly £110,000 and more than 200 bed-days in relation to four patients, by delivering orthosis support at home.

Service lead Jennie Ward, a band 7 physiotherapist with 16 years’ experience in neuro sciences and specialised medicine, described the £500 cost per day as ‘conservative’. She said it did not include nursing and medical support and that commissioners had estimated the cost of interim placements for patients at nearly £800 a day.

For patients, the benefits include remaining in their home environment, not being at risk of hospital-acquired infections and avoiding becoming bed-bound.

Currently, Ms Ward and a therapy assistant visit patients at home two or three times a week to change collars and check their recovery.

‘Most of our patients are unstable and require a head hold while the collar is being taken off and replaced, so it is a two person job,’ she said.

Where needed, they can call in other staff; for example if a patient develops pressure sores or their condition deteriorates.

The service started after trust staff reported persistent delays in discharging patients who had sustained either an unstable fracture or injury to the spine that required spinal orthosis.

Discharge options were limited. Sometimes it was possible if family members were willing to be trained to help remove and re-fit a prescribed brace or collar and undertake hygiene tasks, such as washing the skin under the orthosis. But many patients did not have relatives to do this.

‘These mostly elderly patients were often staying in hospital between three and six months, until the collar could be taken off,’ said Ms Ward.

‘Or we might find a nursing home to take them, but waiting for places and identifying funding took a long time.’

One alternative was that they were discharged with ad hoc therapy support as an outpatient. However, there was no additional funding for this service so physiotherapy staff were taking time out of ward duties, diminishing their capacity to care for inpatients.

In addition, there was no clear pathway to address any evolving hygiene and skin issues as a result of orthoses and no point of contact for advice after patients left hospital.

‘We did a lot of work preparing a business case for the collar and brace aftercare service, and getting the local CCG to see its value,’ she said. ‘In 2017 it was finally agreed and from there the service developed.’

Ms Ward would like the service to expand. She is helping to create a further business case calling for more staff: an additional band 6 physiotherapist, an occupational therapist and one more therapy assistant.

‘I would love to see other trusts developing similar services so that more patients can benefit,’ she said.

For any enquiries, contact Jennie Ward by email at jennie.ward@nhs.net