A former fire fighter stole the show in a session entitled ‘Trust me I’m a leader’ at the Physiotherapy UK conference, held in Birmingham on 10-11 November. 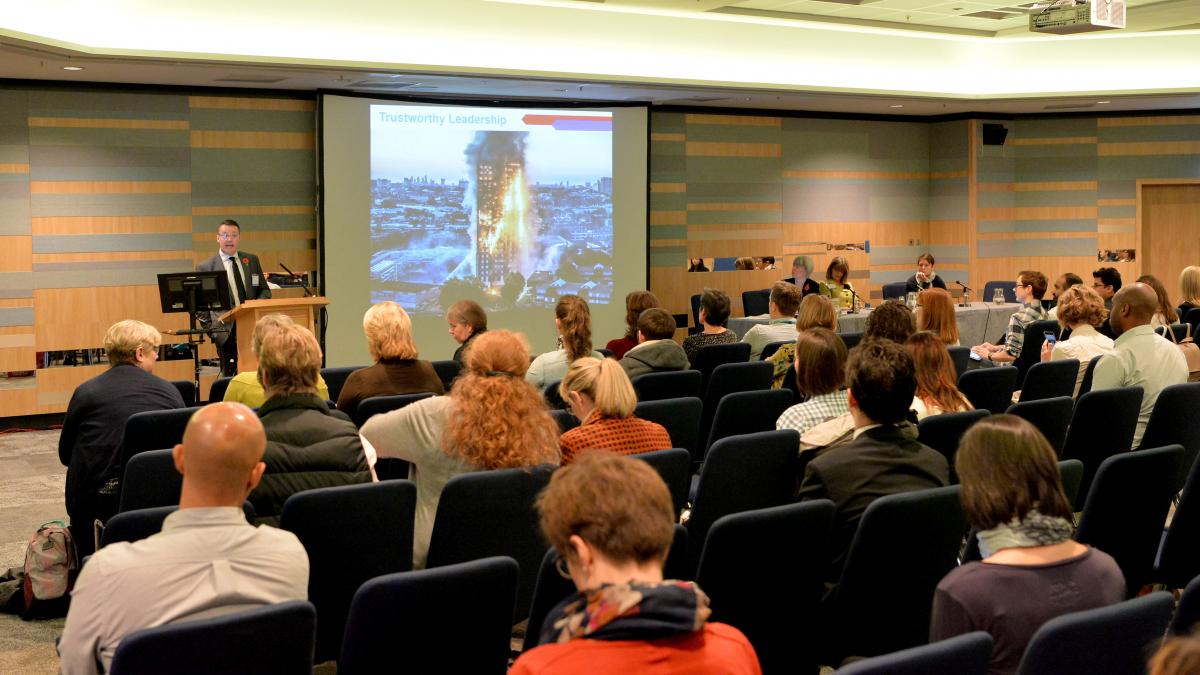 Andy Fry, former chief executive with the Royal Berkshire Fire and Rescue Service, outlined his four pillars of good leadership: earn your team’s trust by showing your ability to be good at your job; demonstrate your integrity in doing the things you said you would; be predictable, giving a consistent response; and show benevolence, that you care about your staff and realise the impact of your decisions.

The Grenfell Tower highlighted leadership at its best, he said. The manager in charge, Dany Cotton, London Fire Brigade commissioner, showed professional ability at the height of the fire. Fire staff wanted to know their boss could be trusted not to jeopardise safety, but would be assessing the situation and the risks.

The following day she demonstrated benevolence, saying she would support all the officers on duty that night by seeking appropriate support to help them come to terms with what had happened.

But he felt that some of the current difficulties facing Theresa May stemmed from her failure to exhibit all four leadership traits – although he recognised that she had demonstrated them in the past.

The prime minister was inconsistent, calling a snap election after saying she wouldn’t, and failed to demonstrate benevolence, when she talked of making welfare cuts.

Mr Fry likened his preferred leadership style to leading a flotilla, where everyone is heading in the same direction, even if they get there in a different style of boat. The style he didn’t like was the massive tanker with one person at the helm, who relies heavily on the engine of bureaucracy to turn achieve a slight change in direction.

And he warned that gaining your team’s trust takes a long time but is lost quickly. ‘It arrives on foot but leaves on horseback.’