Charlotte Proud was born with brittle bone disease. But, she told a recent conference on rare diseases, that has not stopped her holding down a demanding job as a physiotherapy assistant – and harbouring ambitions to become a fully qualified physio. 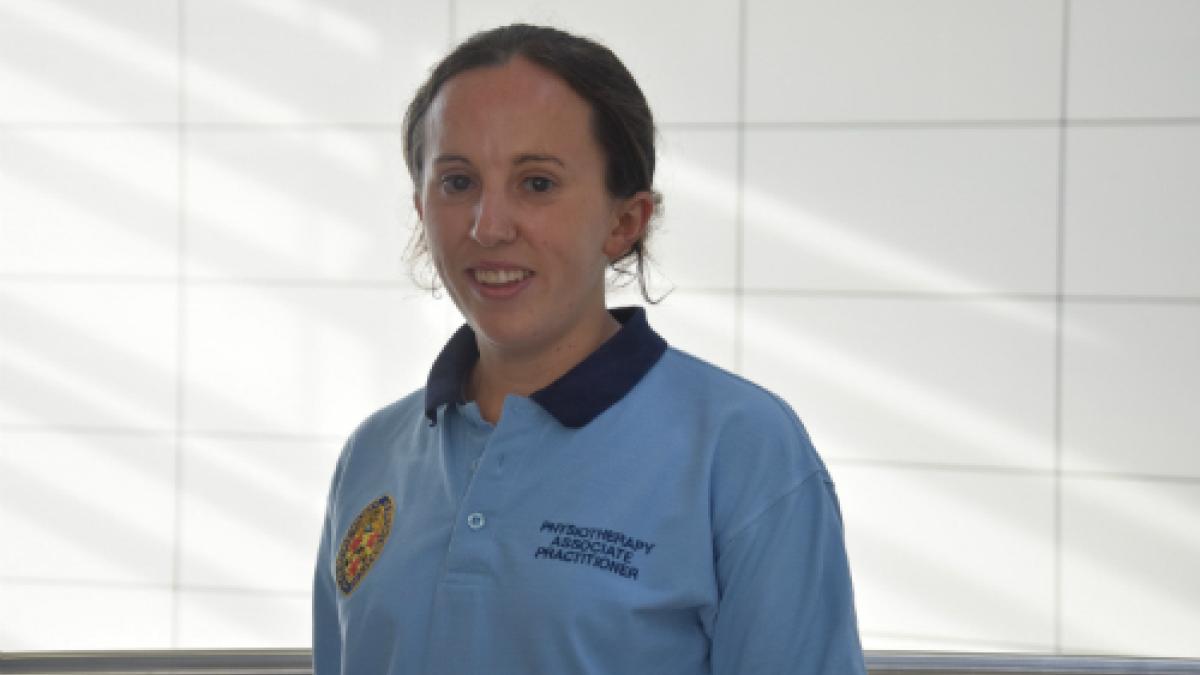 Ms Proud, who works with patients on the critical care unit at Newcastle’s Freeman Hospital, was speaking to researchers and clinicians last month at a special event in the city organised by UK charity Find a Cure.

She explained that she was diagnosed with the disease osteogenesis imperfecta at the age of two, and since then she has had between 40-50 fractures. ‘If I trip or fall I will have a fracture,’ she said. ‘And I never know how serious the next one will be.’

Despite that she was determined from a young age to work in healthcare. After completing a sports degree she became a band 2 assistant and then a band 4 physiotherapist associate practitioner earlier this year.

Ms Proud helps to provides enhanced mobilisation to post-operative patients and tries not to let the disease interfere with the way she lives her life. ‘Brittle bone disease is a condition that can appear invisible to other people so at times it can be difficult but I don’t like to be treated any differently to anybody else,’ she said.

She feels her condition gives her an insight into her patients’ experience and makes it easier to empathise with their concerns such as the need to get back on their feet. She hopes to train to become a physiotherapist in the future.

How running has helped

Delegates heard that Ms Proud has not suffered any fractures in the last three years, which may be partly because she decided to take up running recently. She has already completed 10 half marathons and two full marathons.

Although her condition can be frustrating at times, she says it doesn’t affect her at work and her message to others is to be positive and live as normal a life as possible. ‘You just have to accept that you have got this condition and not let it get in the way of everyday life.’

Around one in 15,000 people in the UK have brittle bone disease. It is caused by a rare genetic mutation and affects the body’s production of collagen, which is found especially in bones and other tissues.