In a landmark decision, members at the CSP Annual General Meeting in Birmingham today gave the green light to significant changes to the structure of the council and its committees. 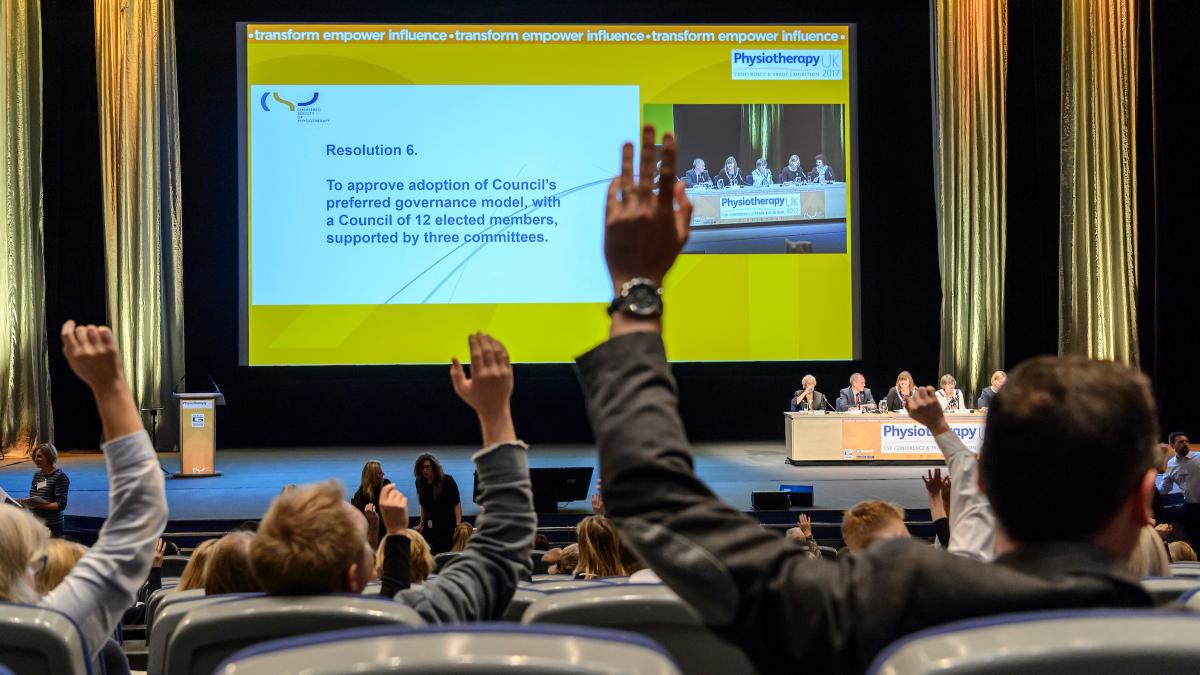 Under the new governance model, the ‘leaner and fitter’ approach will mean the society will have 12 elected members on council, supported by three committees.

‘This will create a more agile and strategically focused council,’ said Alex Mackenzie, vice president and chair of the governance working group. ‘It will provide stronger leadership on the big issues affecting the physiotherapy profession.

‘I’m delighted that members have embraced plans to create a modern and fit for purpose governance framework. This will create a top class council to lead the physiotherapy profession and provide strong governance of the CSP.

‘Council has worked hard to create a robust decision-making framework members can have confidence in and engage with.’

The new structure will be up and running from April 2018, with council elections due to be launched in December. The three new committees will cover the following areas: employment; finance, risk and audit; and professional. These will also start In April 2018. Their members will be appointed rather than elected. The AGM also approved interim arrangements ahead of April, so that existing council members can carry out work on behalf of the membership.

Members also approved changes in the bye-laws so a wider range of physiotherapists and students can affiliate to the society.

Philip Hulse, who chaired the membership review thanked those members who participated in the debate.

‘There are deeply held views on all sides, but it is the sign of the maturity of our society and profession that we are willing to debate challenging topics.’

He reassured members that any remaining concerns about membership groups would be looked into.

Catherine Pope, chair of council, thanked all those involved in the changes.

‘This has been a member-led initiative, with considerable member engagement and input. However, the work doesn’t stop here.’

She encouraged members to think about standing for election or applying to join a committee.

‘We need a high performing council and committees reflecting the diversity of the CSP membership,’ she said.