Conversion therapy – which aims to ‘cure’ people who are attracted to those of the same gender – should be banned in the UK. 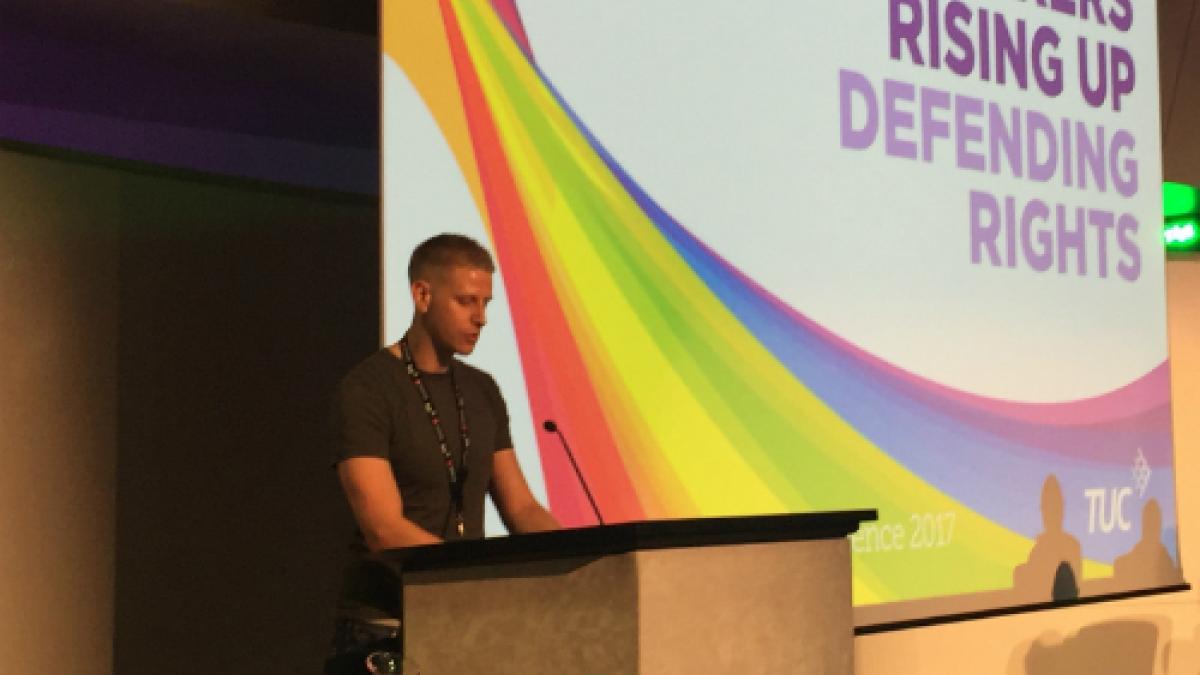 This was the CSP’s message to delegates attending the TUC’s lesbian, gay, bisexual and transgender (LGBT) conference, held in London from 6-7 July.

CSP delegate Ian Scrase called on unions to oppose the therapy when he proposed the CSP motion.

He asked delegates: ‘In 2017 why does conversion therapy still exist? Why does society allow a practice that is not scientific, rational or ethical, which places people in harm’s way and allows prejudice and discrimination to flourish?

‘There are individuals and establishments across the globe that offer a range of horrific and harmful practices for both “curing” homosexuality and treatments to “restore” trans individuals to their birth gender.

Mr Scrase said these techniques could lead to ‘profound and long-lasting’ negative effects, such as depression, feelings of isolation, fear and self-loathing.

The CSP wants organisations to promote the UK Memorandum of Understanding on Conversion Therapy, he explained.

This describes attempts to change or alter people’s sexual orientation through psychological therapies as ‘unethical and potentially harmful’.

To date, 16 organisations have signed, including the Royal College of Psychiatrists, NHS England and NHS Scotland.

In addition, the society asked the TUC and its affiliates to

The trade union Prospect seconded the motion, which was passed unanimously.