A physiotherapist won his first bodybuilding competition last month and will use his clinical skills to build on his success. 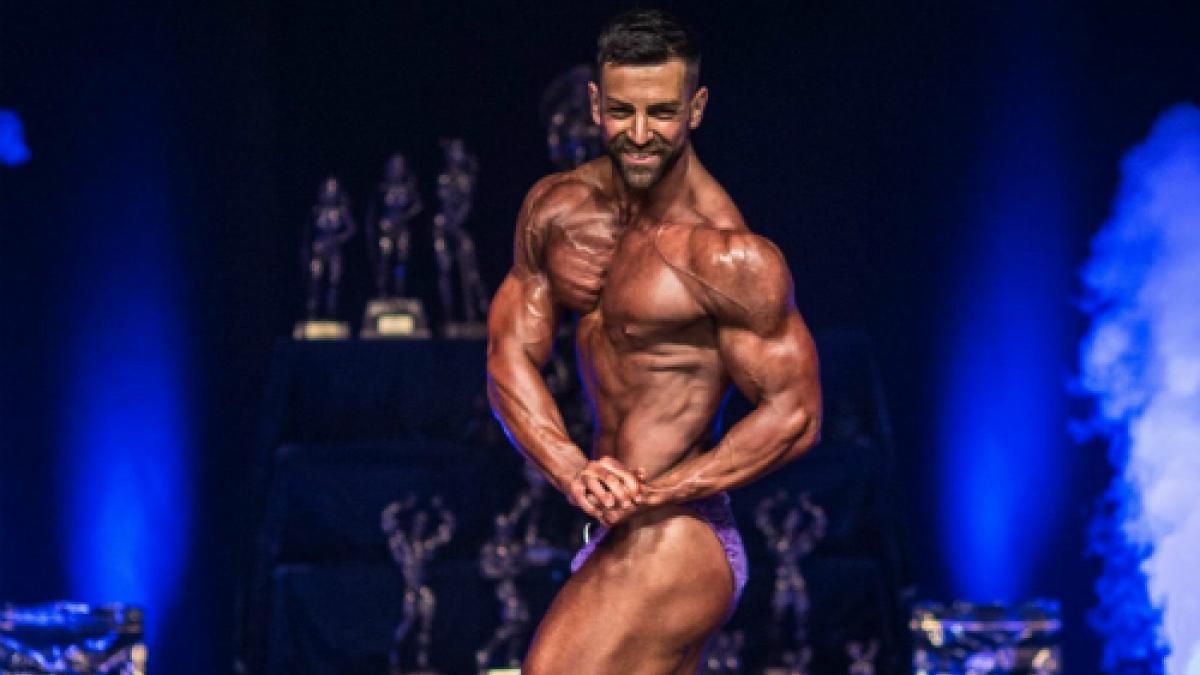 Physiotherapist Kevin Mackinnon on stage during his first bodybuilding competition

Kevin Mackinnon, a band 5 rotational physiotherapist at Monkland’s Hospital in Airdrie, triumphed in the novice section of the British Natural Bodybuilding Federation (BNBF) Scottish 2017 show. This was held in Perth on 11 June.

Mr Mackinnon told Frontline: ‘I am a type one diabetic, so I faced a fair amount of challenges in terms of dieting for the event.

‘But I was able to use my clinical knowledge and skill as a physiotherapist to avoid injury and develop my physique by selecting the most effective exercises, as well as executing proper technique.’

‘We are now the Scottish champions in our categories and we’ll be attempting to win the British finals on 1 October,’ said Mr Mackinnon.

‘Living under the same roof, with a child, means we have to juggle family life with all the dieting and training, but we’ve been told we’ve got a good chance.

‘And if we do well in that then BNFB will assist us in going to Miami, Florida, to compete in the world finals on 4 November, which would mean another four or five weeks of crazy dieting.’

During BNFB shows, competitors are judged on the shape, structure and proportion of their physique, muscle mass, level of conditioning and muscular fullness. They display their physique during an individual routine.

Mr MacKinnon hopes his natural bodybuilding success will encourage other people to keep fit, including his patients.

‘Throughout this process, I have grown in confidence and I’ve been able to incorporate that into my clinical practice,’ he said.

‘And I’ve noticed that my achievements have helped patients on their recovery as they have been inspired by my journey.’

The BNBF is a non-profit making organisation that promotes natural athletes and adheres to a very stringent drugs testing policy.