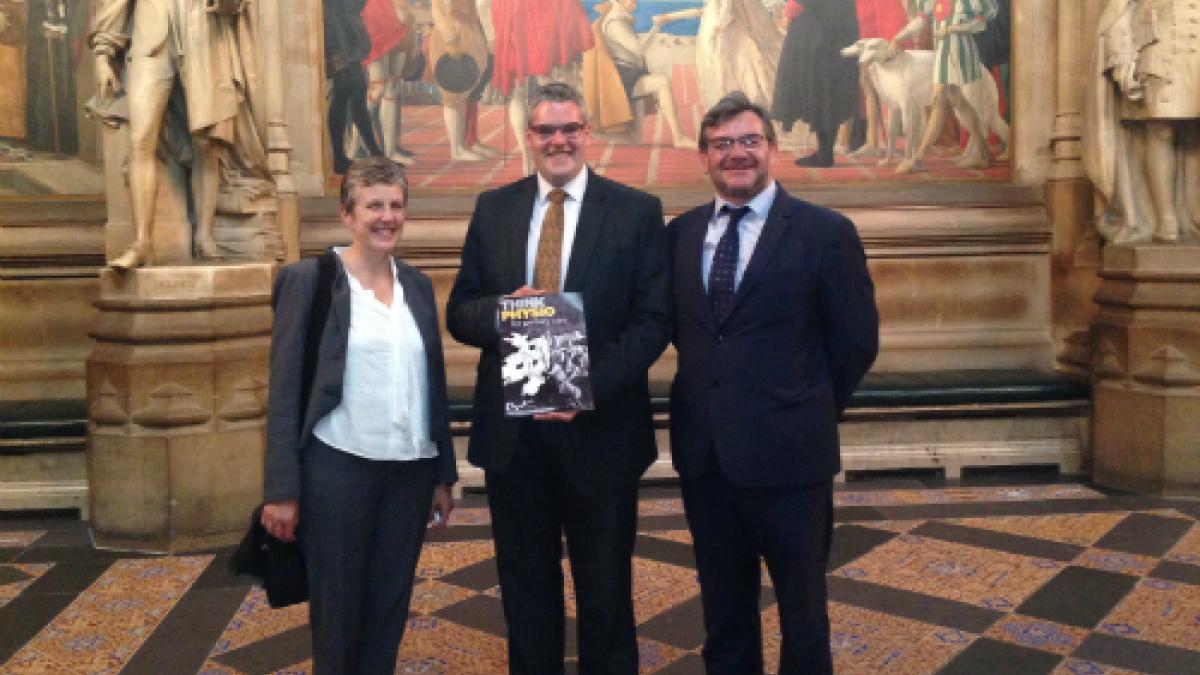 CSP representatives met DUP politicians on the morning of 27 June, the day after its 10 MPs agreed to help the Conservatives get legislation through the House of Commons.

In return for DUP backing, the government will make an additional £1.5 billion available to boost health, education and infrastructure in Northern Ireland.

The UK government will allocate £100 million a year for two years to help the Northern Ireland Executive deliver its health service transformation plans.

In what is potentially good news for members throughout the UK, the DUP agreed to ask the government to bring forward the legislative changes needed to allow physiotherapists to issue fit notes.

‘We were very encouraged by the MP’s comments about the need for the health and care budget to be used to achieve sustainable transformation of the system.

‘The CSP stressed that the profession sees the emerging GP physiotherapy roles as part of this wider change.’

Northern Ireland has been without a power-sharing executive since March and without a first and deputy first minister since January.

On 4 July secretary of state James Brokenshire announced that there had been no resolution to the Northern Ireland executive impasse.

Mr Sullivan said the failure of elected representatives to form an executive was 'deeply disappointing.'

'The expectation is that this will not happen now until the autumn. Our health service and the patients who depend on it cannot afford to wait that long. The devolved institutions should be restored as a matter of urgency.

‘While the CSP welcomes additional funding for health in Northern Ireland, without a functioning Northern Ireland executive there is no mechanism for distributing this funding,’ Mr Sullivan warned.