ARC 2017: Physios call for CSP to back ‘correct language’ campaign for people affected by dementia

People with dementia should not be called ‘dementia sufferers’ or ‘victims of dementia’, as this type of language is detrimental to those with the condition. 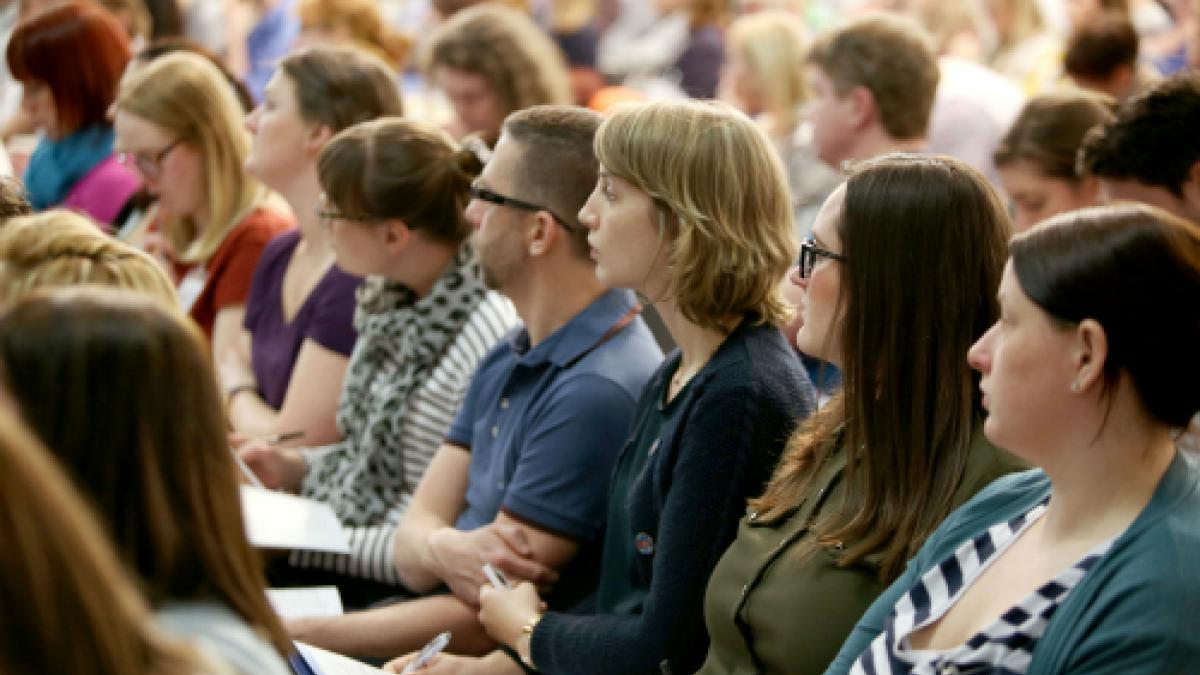 This was the message from Indeg Jameson, representing CSP Welsh Board, to delegates on the first day of the Annual Representative Conference in Manchester.

She raised a motion calling for the CSP to support a national campaign on the issue, ensure that members actively promote the use of ‘correct language’ for people affected by dementia and endorse related language guides.

‘These guides were written by people living with dementia and include preferred phrases and descriptions to use, such as the use of the words “challenging” and “life changing” instead of “impossible or “devastating”,’ she explained.

Delegates heard that there are currently 850,000 people in the UK living with a diagnosis of dementia, while the figure in Wales stands at over 45,000.

Among this population many people with dementia, as well as their families or carers, experience the use of outdated and detrimental language about their condition, said Ms Jameson.

This can include references to people being ‘demented’ rather than having ‘symptoms of dementia’. Or descriptions of people with dementia ‘wandering’ about instead of simply ‘walking’.

Ms Jameson explained that these type of terms can be damaging to people with the condition and perpetuate the stigmas associated with dementia.

‘Language is a major contributor to perpetuating stigma and discrimination and casual misuse or words with a negative connotation can prevent people from seeking advice and input,’ she said.

‘We have an opportunity as physiotherapists, as we are ideally placed across the care spectrum, to be leaders in this field by using correct language ourselves and influencing others.’

Linda Rowe, speaking on behalf of Welsh stewards, seconded the motion. She explained the aims of the Dementia Words Matter campaign, which is part of the UK-wide Dementia Engagement and Empowerment Project (DEEP).

DEEP is a collaboration between the Mental Health Foundation, Innovations in Dementia, the Alzheimer’s Society and the Joseph Rowntree Foundation.

‘The physiotherapy profession has the power to influence others in the way we use language by endorsing this,’ she said.

‘It has no cost implications, but the value of such a shift in attitudes would be of enormous benefit to people living with dementia and their families and carers.’

The motion, calling for the society to back the Dementia Words Matter campaign, was carried.

The Dementia Engagement and Empowerment Project