Northern Ireland physiotherapists believe they are breaking new ground by providing continence prehabilitation for men with prostate cancer, in addition to post-surgery care and follow-up physiotherapy 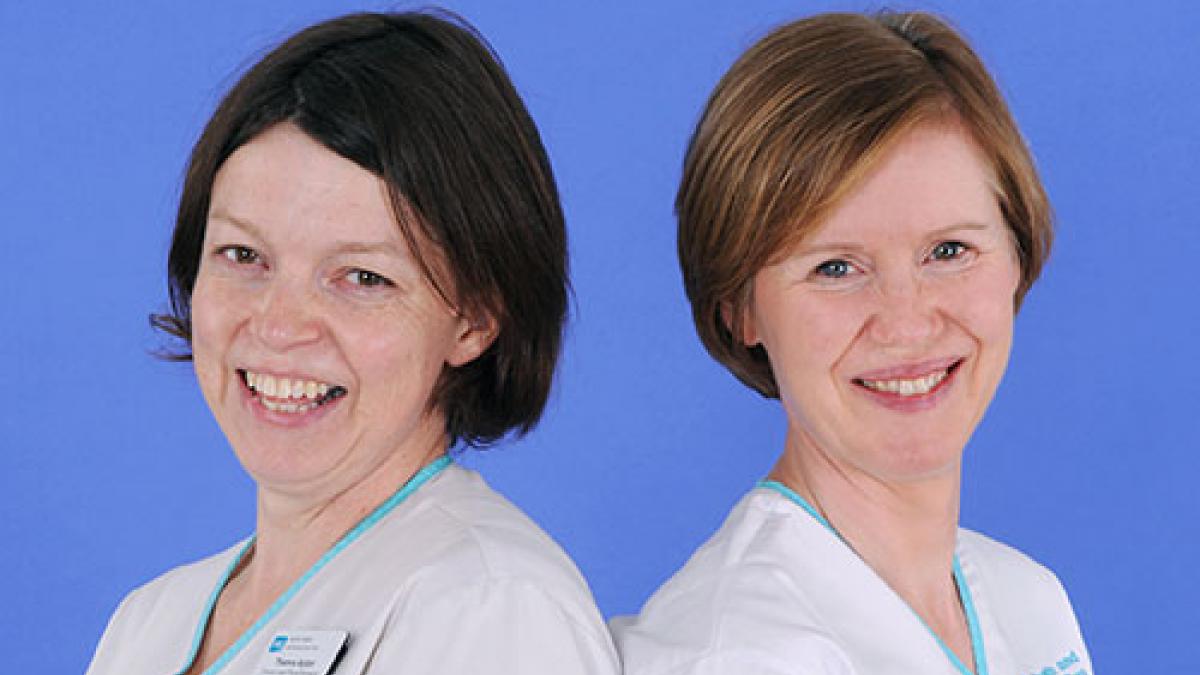 Two band 7 physiotherapists, Thamra Ayton and Alison Robinson, are leading a service at Belfast City Hospital that has improved continence for patients and reduced the workload for consultants and a clinical nurse specialist.

‘As far as we know, there is nowhere else in the UK that offers a prehab service for men with prostate cancer,’ Mrs Robinson told Frontline.

The project began in January 2015 as an 18-month pilot, funded by Prostate Cancer UK. It aimed to assess the continence needs of men with prostate cancer and evaluate the outcome of specialist physio interventions.

Those who were seen pre-operatively achieved the best ICIQ scores.

Men in the ‘historic’ category also experienced improved outcomes, indicating that the positive changes were due solely to physiotherapy rather than surgery.

Before the project started, men waiting for prostate cancer surgery were given verbal and written advice about continence from the specialist nurse. They were offered little or no access to physiotherapy support – before or after their treatment – however.

Mrs Robinson said: ‘Rather than just giving advice, we now examine them to check they’re definitely doing their pelvic floor exercises correctly. And if they aren’t, we teach them how.

‘Then we follow them up after surgery to give them ongoing treatment, as required.’

Patients have their bladder and bowel function assessed. And they are offered a digital rectal examination (DRE) to establish their pelvic floor muscle function.

During the pilot, 81 per cent of the men referred to the service consented to the DRE. Of these 50 per cent were performing their pelvic floor exercises poorly, which had a negative impact on their continence. 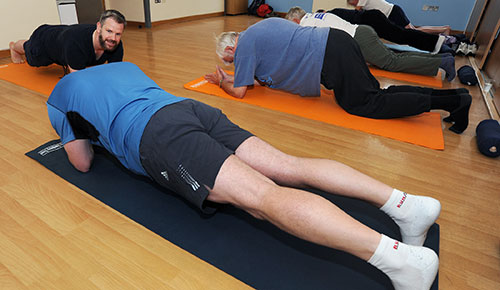 Will Moore, a physical activity coach at the trust, leads a Pilates class for men who attended the pilot project. Photo: Mark Tierney

‘Many men had lots of issues with their techniques. They didn’t know if they weren’t doing it right, but the service gave them the opportunity to do it correctly,’ said Mrs Ayton.

One patient said: ‘Everybody kept telling me to do my exercises, but physiotherapy was the first time somebody actually saw what I was doing and showed me how to do them a whole lot better.’

Following the success of the pilot the service has received funding for a further year, for one whole time equivalent band 7 post, from Macmillan Cancer Support.