The CSP is calling for ‘simple changes’ to make health and social care environments more inclusive for transgender staff and patients. 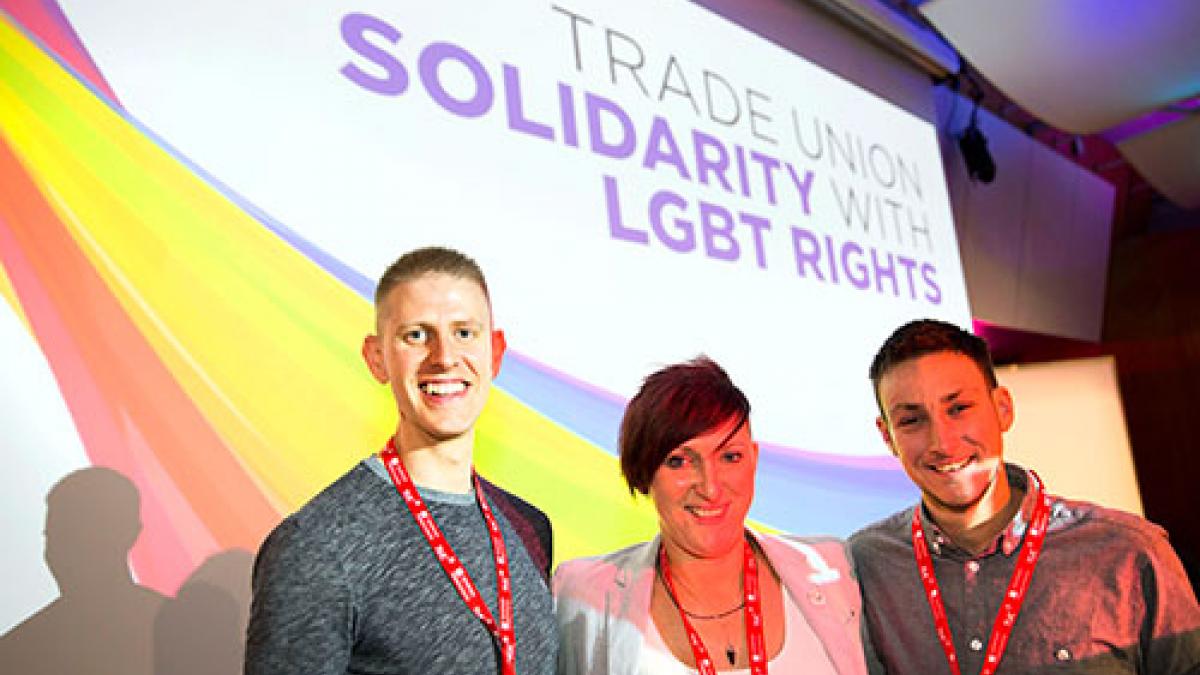 Speaking on behalf of the society, physiotherapist Zackary Jepson raised a motion on the issue at the TUC lesbian, gay, bisexual and transgender (LGBT) conference, held in London on 23-24 June.

The conference began with a minute’s silence, in remembrance of the victims of the recent Orlando shootings, as delegates stood holding ‘love wins’ placards to show their solidarity against hate and violence.

Mr Jepson, a community physio at East Sussex NHS Trust, told attendees that many trans people delay or refrain from accessing healthcare because they fear discrimination.

‘Having to stay in hospital is a stressful experience for any person, and the last thing you need to worry about is the possibility of verbal or physical abuse, discrimination, embarrassment, poor availability of appropriate toilet facilities, or if you have to disclose your trans status when needing to access healthcare,’ he said.

‘We need to take steps to ensure all individuals feel able to access appropriate healthcare in a timely manner, both for our community’s wellbeing and to reduce the costs in the long term if this access is delayed.’

Delegates heard that a recent report by UK charity Stonewall revealed that trans healthcare workers are also at risk of bullying, harassment and discrimination.

The report, Unhealthy Attitudes, surveyed 3,001 health and social care staff who were questioned about their experiences of issues relating to LGBT healthcare and employment.

It showed that more than one in five of patient-facing staff had heard a colleague make an offensive remark regarding trans people. In addition seven per cent said they would not feel ‘comfortable’ working alongside a trans member of staff.

As a result Mr Jepson said the CSP was calling for health and social care employers to make their settings more trans-inclusive, for both staff and patients, by

In addition the society requested that the TUC should develop a fact sheet on practical, low-cost trans-friendly changes employers can make to working environments, along with links to appropriate webpages and resources.

The motion was seconded by the Society of Radiographers and passed unanimously by conference delegates.