Physiotherapists in Hampshire received a royal visit on 26 April, when Prince Harry spent the day meeting seriously injured rugby players and finding out about their rehabilitation. 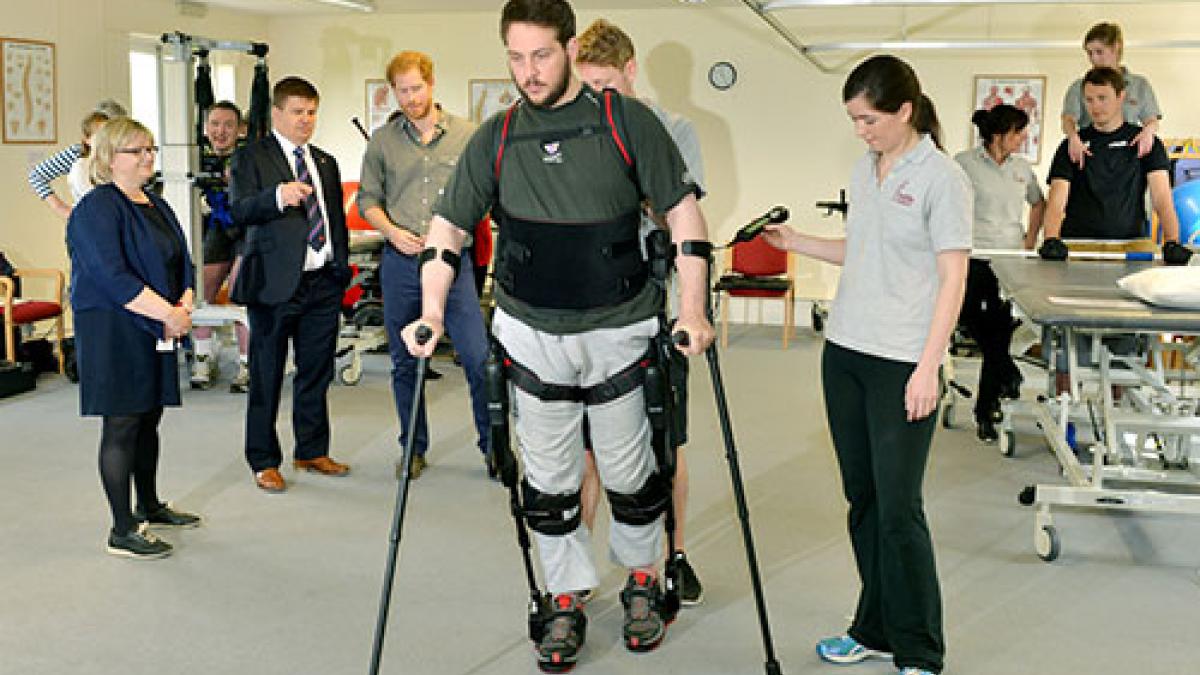 She told Frontline: ‘We are extremely proud of the service we provide to the injured players and to have Prince Harry join us here was such an honour.’

As well as meeting injured players and their families Prince Harry, who is the patron of the RFU Injured Players Foundation, also saw demonstrations of some of the latest neuro-rehab technology.

This included the MyGait, a functional electrical stimulation walking aid; the Ekso Bionics exoskeleton, which allows people with lower limb weakness or paralysis to stand and walk; and the Saebo glove, which helps with the rehab of neurological and orthopaedic hand injuries.

Ms Hobbs said: ‘Our commitment to the research and development of new therapies is paramount and we hope to include some of the players in our current research study of the latest model of the Ekso Bionics exoskeleton.’