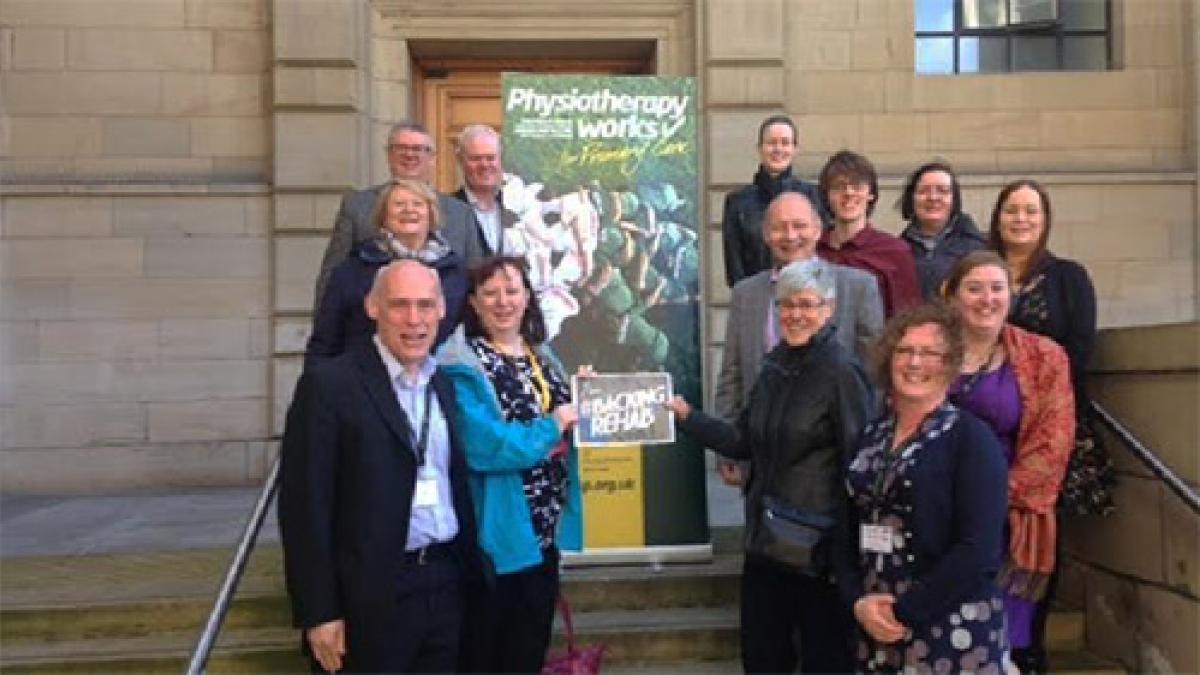 The resolution chimed with the CSP’s Backing Rehab campaign around the Scottish parliament elections, which is seeking support from candidates to agree to champion local services if they are elected.

Fellow health professionals from the British Dietetic Association, Society of Chiropodists and Podiatrists and Royal College of Midwives took time out to support the #backingrehab campaign, as did STUC general secretary Grahame Smith.

During the debate, CSP delegate Claire Craig gave activism a literal twist when she made the case to create more active workplaces by getting delegates to move and stretch. She also profiled the twitter hashtag for the #backingrehab campaign and delegates tweeted support from the conference floor.

Speaking at the event Ms Craig said: ‘With integrated health and social care at the fore, rehab services in Scotland are finally getting some of the recognition they deserve. 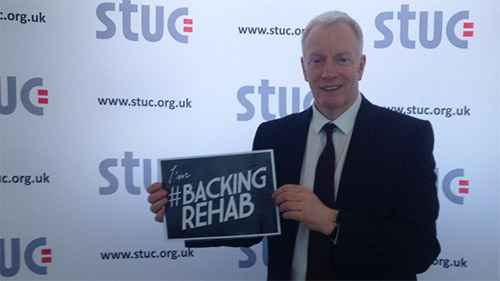 ‘We've been greatly encouraged by the enthusiastic support from professional bodies and trades unions in Scotland.’

Fiona McKeller, CSP delegate and Scottish regional rep, said: ‘We're proud to be representing members at STUC, and to explain how vital it is to protect quality rehab and promote an active workplace.

‘If trade union members stand together – and tweet together – for active workplaces and quality rehab we can strengthen the NHS and make a healthier population.’

Kenryck Lloyd-Jones, the CSP’s public affairs manager for Scotland, added: ‘With the Scottish parliament elections now in full swing, high-profile backing is very welcome, helping reach candidates from across the political spectrum who are continuing to pledge support.’