While English universities favour a shift from grants to loans for physio pre-registration courses, the bigger worry for student delegates at Physiotherapy UK is covering the cost of practice placements – whatever the future changes are to student finance. 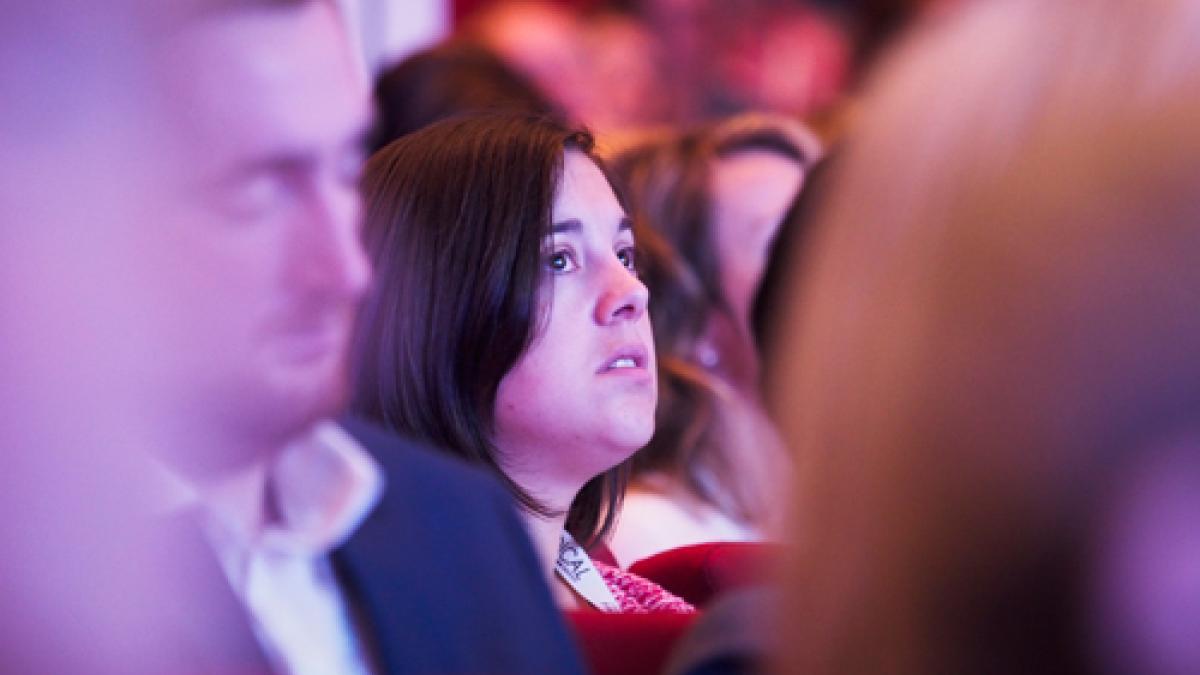 All CSP members are encouraged to share their views. Photo: Mark Pinder/Guzelian

The room was full at a Saturday morning breakfast meeting to discuss funding models and help shape the CSP’s response to any changes.

There was overwhelming support in the room for protecting diversity in the profession, and making sure that physio training was open to all, not just those who could afford to take on student loans.

'We want to make sure that it's not just a very small group that can access the course,’ said Hayley Clarke, student rep on CSP's council.

‘We are worried that a student loan is going to close down the market about who can enter the profession. We are in a society where we are treating a broad and diverse range of population. Our workforce needs to reflect that.'

Incoming CSP chair Catherine Pope said something had to be done. 'The current situation isn't working,' she said, highlighting the funding difficulties that universities face and that growing demand from clinical services would impact on workforce supply.

And Liz Hancock, chair of the CSP’s Scottish Board and an academic at Robert Gordon University, Aberdeen, defended the English universities’ stance: 'I think the belief out there is we are a bunch of money-grabbing higher education institutes. But infrastructure costs are huge,' she said.

Physio courses were expensive to run and were currently being subsidised by students on other courses and those paying international fees.

Matthew Dennies, CSP student rep from Liverpool University, said they had carried out a survey which showed that 86 per cent of current physio students at the university had said that current NHS funding had influenced their career choice.

It also showed that 16 per cent of them would not have been able to do the course if they had had to pay fees.

'One of the main reasons was that students had already done a degree, and this was their second degree, wouldn't have had an opportunity to have their tuition fees paid.'

But it was the accommodation and travel costs of placements that was the real issue:

'Paying two accommodation fees is not sustainable,' said Ms Clarke, suggesting that, whatever happens, the issue of adequately funding placements had to be addressed.

Speaking after the event, Sally Gosling, CSP’s assistant director leading on the CSP response, said: ‘A strong message throughout the session was the importance of the CSP membership addressing the challenges collaboratively and the potential value of exploring different models of education delivery.’

The debate will help shape CSP's response to the proposals, which may be announced in the comprehensive spending review on 25 November.

Members can send their views to the society's assistant director, Sally Gosling, on goslings@csp.org.uk