The government’s trade union bill, published in July and making its way through parliament, has led to a great deal of controversy. 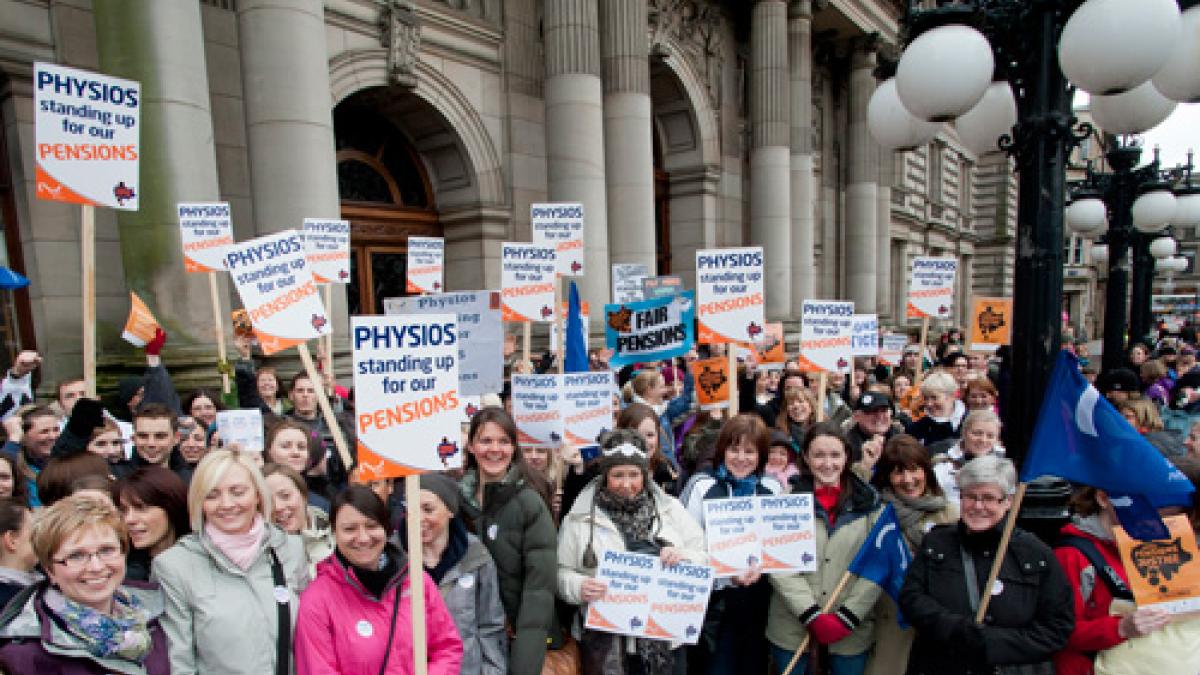 Help us protect patients and staff from unnecessary, undemocratic and unsafe legislation by emailing your MP: Email Your MP now.

Of particular concern to the CSP are proposals to increase thresholds for turnouts in strike ballots; restrict the right to picket; remove the ban on using agency workers to replace striking staff; and curtail the ‘facility time’ that allows workplace reps to represent union members.

The CSP argues these measure are unfair, unnecessary and undemocratic and that they would undermine constructive employment relations and the civil liberties of working people in Britain.

We explain the proposals and their implications for CSP members.

Are strikes a problem in Britain?

Industrial action is at a historically low level. NHS physiotherapists went on strike for the first time in 30 years in 2011, for one day, over attacks on their pensions.

There has been a 90 per cent drop in the number of days lost to stoppages since the 1980s, according to the Office for National Statistics. The level of industrial disputes in the UK is just over half the EU average.

By comparison, 11.3 million days per year are lost through stress and depression, according to the Health and Safety Executive – 20 times as many as through strikes. 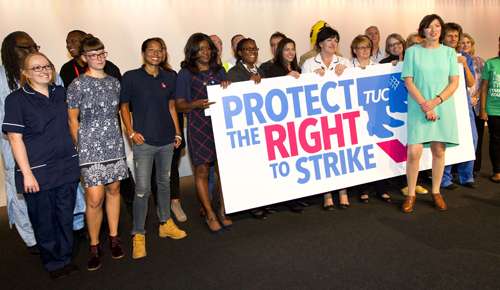 What is the plan for ballots on industrial action?

In some public services, including the NHS, there would have to be a 50 per cent turnout for the vote to be legal. And 40 per cent of those entitled to vote must say ‘yes’ to industrial action.

This means that if 50 per cent of members participate in the ballot, 80 per cent of those who have opted to vote must vote in favour for a strike to take place.

So it would be extremely difficult for unions to organise industrial action.

Effective negotiations rely on equal bargaining power. Limiting the right to strike would mean that employers were able to impose change without taking the views of their workforce into account. It is also an attack on a fundamental right.

The CSP favours electronic balloting and says it can boost workplace democracy. Why is this?

Online balloting can be safe and secure, much like online banking. Many membership organisations use electronic and online balloting for elections. A recent Speaker’s Commission on digital democracy for parliament recommended that by 2020 secure online voting should be an option for all voters.

What affect would less 'facility time' have?

There would be less time for CSP reps to support staff in the workplace, when they are in need. And, together with the other proposed changes, it would undermine partnership working and the maintenance of a quality, productive workforce - key planks in improving patient care and the efficiency challenge facing the NHS.

What about the proposals on agency workers?

It is not realistic to assume there is a substitute workforce with the appropriate experience, skills, training and supervision to replace striking NHS staff in providing effective and safe services to patients.

Also, allowing the use of agency workers would be an unnecessary, expensive and inefficient use of public money.

During the rare instances when CSP members have taken strike action, they have ensured that urgent and emergency care cover is provided.

I work outside the NHS - does this affect me?

If unions in the NHS are weakened there's a strong chance that worse pay, terms and conditions would follow, and as the NHS Agenda for Change agreement is a benchmark in other sectors it would have an impact on all employed CSP members - and their patients.

Are unions alone in opposing these changes?

The government’s regulatory policy committee, appointed by the government to scrutinise ‘red tape’ and including business representatives, found three of the proposals in the bill were ‘not fit for purpose’.

More than 100 industrial relations experts have concluded they were ‘draconian’ and based on a ‘perverse’ rationale.

Human rights groups Amnesty International and Liberty have described the bill as a 'major attack on civil liberties'.

The free-market think tank, the Institute of Economic Affairs has described it as 'pointless politicking'.

I live in Northern Ireland, would it affect me?

No, the legislation only applies in Scotland, Wales and England.