Physio team cuts falls by 50%, thanks to coloured wristbands

Physiotherapy staff in Kent have won an award for reducing falls among older patients by introducing colour coded wristbands that mean staff can immediately identify patients at risk. 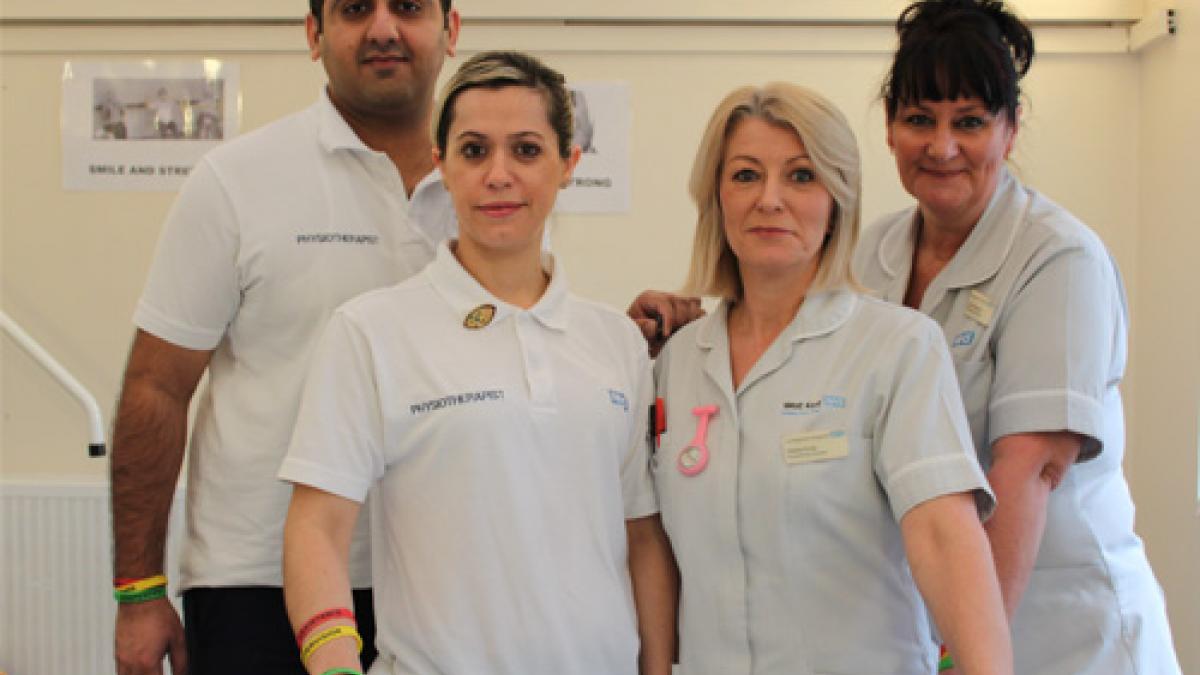 The team from Livingstone Community Hospital in Dartford are due to receive a Community Hospitals Association award, in recognition of their ‘simple and effective’ way of improving patient care, at a ceremony in May.

The award-winning scheme began in 2012 as a pilot study in at the hospital, which is part of Kent Community Health NHS Trust.

The team’s senior physiotherapist Sam Gohir said: ‘I came up with the idea of wrist bands and allocating wristbands to the patients based on the risks associated with them.

‘Red is for the patients on a high risk of falls, yellow is for the moderate risk and green is for minimum risk. Initially, we ran it as a pilot project and the results were amazing. So we carried on and the statistics have got even better with time.’

Mr Gohir added that other hospitals have started taking an interest and the team has been visited by doctors and physiotherapists who are keen to learn more about the scheme.

In addition, the trust has recommended that the system is rolled out across all of its community hospitals in Kent.

‘It is already being used by the neurological rehabilitation Sapphire Unit at Gravesham Community Hospital, and is also reducing their number of falls,’ he said.