Staff must be consulted if their managers intend to introduce seven day services. Find out your rights – and how your rep can help if it happens to you. 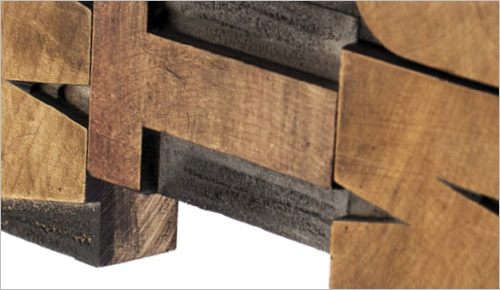 The CSP is committed to supporting members in developing quality seven-day services in the NHS across the UK. When implemented properly – with the CSP, staff and employers working in partnership – they deliver for both staff and patients.

Our Q&A addresses some of the most likely questions but you can find more tips and advice for members and CSP reps on the CSP website. If you are facing proposals to develop seven-day services, do keep in touch with your local CSP steward.

What if a set of proposals for seven-day services has been put forward as the only option and there has been no steward involvement to date?

An employer is obliged to consult with staff over organisational change that will result in a significant change of working hours and possibly a change in employment contract.

Management discussions with individuals are not a substitute for negotiating with stewards on a collective basis.

The CSP advises stewards to check relevant local policies, especially health and safety ones, and the law on collective consultation.

Seven-day services have been introduced in some services where I work and staff working patterns are already established. The precedent set by these services is now being rolled out. What can we do?

Where seven-day services have been introduced, on either a short-term and voluntary or an ad hoc service-by-service basis, it is possible that stewards may not have been involved with negotiations.

They should request a review of such services in order to understand how it works in practice and to identify possible differences between services.

Once the negotiations impact on the majority of staff, your steward can argue for collective negotiations and for a set of procedures to be agreed that will replace the existing temporary or ad-hoc arrangements. Members should not agree to any individual arrangements with management.

What if seven-day service proposals have been linked to a broader service re-organisation or proposed in services that have had recent staff cuts or frozen posts?

In this situation, it is vital to prioritise negotiating. However, management must consult on the proposed changes to work organisation and reach a consensus on the most acceptable way in which to implement and operate a seven-day service (such as rota organisation or minimum commitment levels).

Arrangements on how to cover for unfilled rosters should be provided and an assessment of the workload implications for staff should be agreed. A proper risk assessment will be particularly important where posts have been frozen or staff reduced.

What if new staff are employed on contracts that say working over a seven-day period is required, and, as a result, managers argue there’s no need to consult. Is this right?

A contract is not just about what is explicitly stated in writing, but how things operate in practice. There is still a requirement to consult over how extended service provision will impact on all staff.

What if I don’t want to work every weekend?

In practice, there is usually a workable compromise that enables those who want to work fewer weekends to do so. Some people welcome the additional payments that come with working unsocial hours. As an individual you can, if necessary, make representations to your steward after the consultation has taken place and the change agreed.fl

When the trust launched a consultation process on extended services provision for musculoskeletal (MSK) streams, acute and rehab, it was determined to do it properly.

Over a six-month period, staff – and their unions – were engaged in detailed discussions over reshaping the services.

CSP stewards and other union reps, team leads and selected members of staff were invited to attend focus groups on seven-day services.

Management supplied full financial information, including how many additional staff could be afforded and the required skill mix.

They indicated that funding was available for whatever model was chosen, with additional funding to become available it the model proved successful.

Each team lead took the three options back to their teams and asked them to vote on what the best option was for them.

The three options were:

Teams voted according to service needs. All staff were sent a consultation paper a few days prior to the next round of therapy meetings, with details of changes to staff contracts.

Individual members were able to raise concerns by email, at meetings, or with their managers.

Following further discussion with union reps, changes were agreed to the proposed time off arrangements after weekend working.

The consultation was then officially launched for a 30-day period. Anyone could raise issues with stewards or managers.

No fundamental changes were made to job roles, and no-one was expected to work outside their specialism.

Rotations were agreed up to year ahead. With full agreement, the service changes were then implemented, but only when sufficient staff were in place.

Sam Jackson, a CSP steward, said: ‘CSP stewards were involved from the outset and able to negotiate changes and improvements to the trusts’ original proposals.

The involvement of union reps, working closely with members and in partnership with employers, is essential to deliver the best possible NHS services for staff and patients.’

Jacky Dascombe, therapies manager and Diane Payne, lead for the acute therapies service and speech and language therapy, said: ‘Prior co-production with the staff concerned around the design and issues to be included in the consultation process was the key to a smooth process.’