Physiotherapy lecturer Mel Stewart weighs up progress on black and minority ethnic issues over the past couple of decades in the CSP and beyond. She talks to Gill Hitchcock. 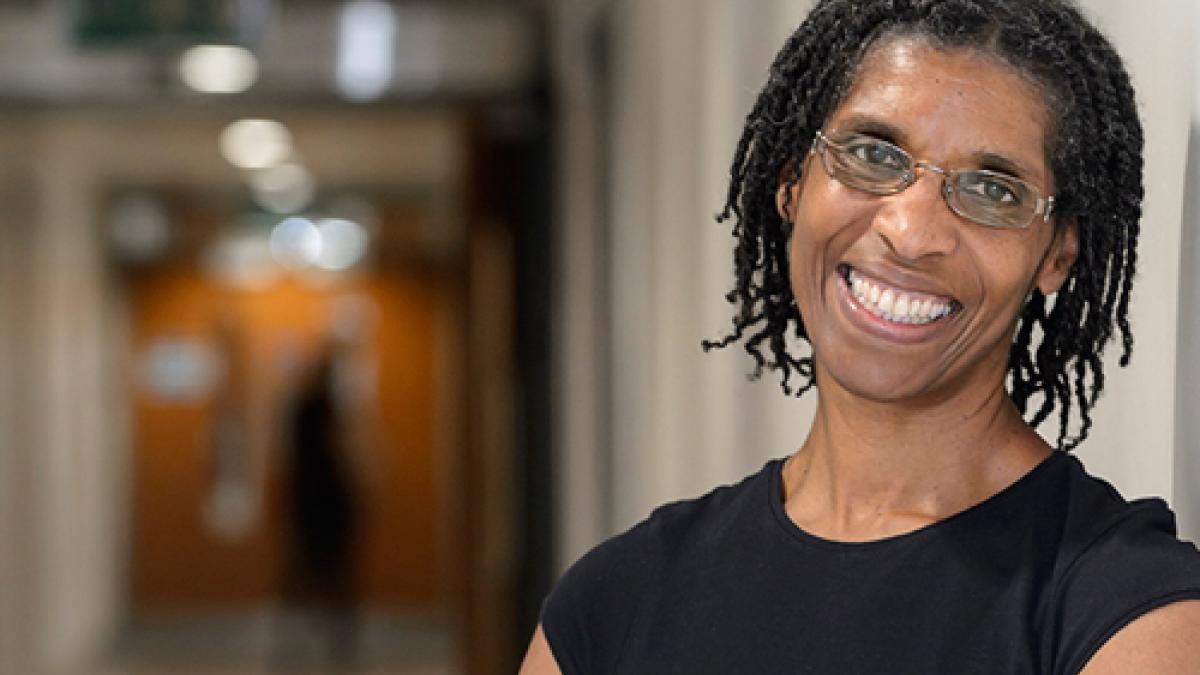 This is a landmark year for the CSP’s equality networks. It’s 20 years since they were founded, when John Major was prime minister, Oasis topped the charts and allied health professions were ‘allied to medicine’.
Mel Stewart, the society’s vice-president, says: ‘At the time, I was engaged with the West Midlands Health Authority, as it was then, looking at setting up work around equal opportunities. So to have the networks come on stream was a big plus.’
Frontline promoted the idea of having CSP equality groups in 1994. Members got in touch, organised and the following year saw the first meetings of the three networks: Black and Minority Ethnic (BME); Lesbian, Gay, Bisexual and Transgender (LGBT) and disability.
So the CSP joint diversity network day in October at the CSP’s London headquarters offered a chance for Dr Stewart and others to reflect on what the groups have achieved and to explore where new developments are needed.
In the early 1990s Dr Stewart wrote to the society about the lack of equal opportunities in physiotherapy education. ‘I was disappointed with the response in that it was about “we are addressing equal opportunities” and “we are an equal opportunity employer”. That was the sort of message that came across, which to me was rather bland and nebulous,’ she says.
But for Dr Stewart creating the networks was a big step forward: ‘It immediately drew attention to the fact that there were minority members in the society and there were issues to be addressed.
‘There was some backlash from other members querying why there should be special groups for black members, and so on. My response to that was, and still is, that we have special interest groups in physiotherapy for a number of things – maternity care, pain, arthritis, you name it – and I see no difference in having groups for people with similar interests, be they black people, LGBT, or disabled.’
She talks about how the groups have had a voice through the CSP’s annual representative conference, where they could put forward motions and influence some CSP initiatives.
‘For instance, one of the motions asked the CSP to ensure that stewards are better equipped and trained to deal with diversity issues. I was disappointed that the motion was defeated, but at the same time pleased that the CSP’s equality and diversity toolkit resulted from some of that activity. ‘
The argument against that was stewards were already equipped and trained and I remember thinking, yes, but it was very patchy.’
In Dr Stewart’s view, the BME network, which she used to chair, creates a space for individuals to share experiences, sometimes raising issues that they would be less likely to share in a wider group. She points out that there is now a diversity network that is open to all members of the CSP and another for physios who qualified overseas.
‘Now the overseas qualified members network came about because the BME group identified that in a lot of disciplinary hearings at the Health and Care Professions Council (HCPC), many of the candidates had foreign-sounding names. That may seem strange, but to us it was stark,’ she says.
‘We wrote a letter to the HCPC through our overseas officer asking for some statistics and, sure enough, there was an imbalance. They tended to be people who had qualified overseas and what we were concerned about was that many of the issues which were identified in the hearings were around processes, things like written information and ways of working in the NHS.
‘What we were saying in the BME network is that we as professionals need to recognise the transitional difficulties individuals have moving from one culture to another and how we might best facilitate their development, both in making that transition and developing the skills required in their new environment to practise as physiotherapists.’
With those considerations in mind, the CSP held the first overseas qualified members induction day last year, which Dr Stewart describes as a huge success. And the CSP has taken a significant step forward by giving associate membership to international physio seeking HCPC registration, as she explains: ‘The situation was that overseas qualified physios could not become members of the chartered society until they were registered with the HCPC. They were saying they were finding difficulty in getting on to the register because they could not get the experience in order to register.’
Dr Stuart says the NHS has gone backwards in terms of BME representation on its boards and this is reflected in higher education, not least the Russell group universities such as Birmingham where she lectures. ‘One has to ask the question, if they form a significant part of the workforce, why are they not a similarly represented on the promotional ladder?’
But she says the CSP has made great strides in giving minorities a voice, though ‘progress has been slow, there is much work to be done’. fl