Time to re-assess: Changes at Atos

Will changes at Atos make it a better company for CSP members to work with? Lynn Eaton looks at the international company’s plans. 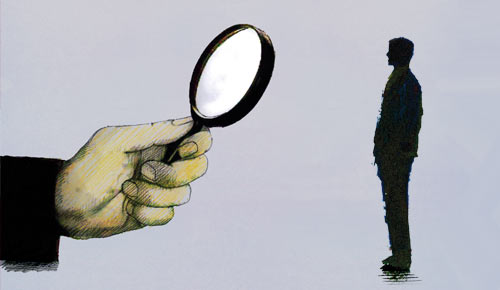 Members of the CSP work in a variety of different roles nowadays, not just the traditional NHS hospital or musculoskeletal (MSK) clinic.

A small, but potentially growing, number are taking on a relatively new work opportunity – as personal independence payment (PIP) assessors. It’s just one of a number of opportunities opening up, including assessments for the new government Health and Work Service which is set to recruit assessors very soon for people off sick for more than four weeks.

About 150 CSP members are carrying out PIP assessment work, often alongside a more traditional clinical role.

Over the last 18 months, a number of CSP members who conduct assessments for Atos have said they are working in conditions that they feel are unacceptable.

Among their concerns are: the safety of physios providing these assessments; whether the level of training is appropriate for the work; and the challenges of meeting the rigorous checks carried out by the Department for Work and Pensions (DWP)when it investigates the standard of physios’ assessments.

Unlike clinical work, an assessor only determines a benefit applicant’s functional ability – whether they can walk a certain distance. They do not not suggest treatment.

Nor do they advise on whether or not the person should be working. This is determined under a totally separate benefit assessment – work capability assessment - which can trigger an employment support allowance. This process is totally unrelated to the PIP assessment process.

The information they provide to Atos is then sent to the DWP whose benefit assessors determine whether the individual is entitled to a disability benefit, and if so, at what level.

‘We do take the concerns of members who have opted to do this work really seriously,’ said chief executive Karen Middleton. ‘We want to ensure the appropriate governance and training is in place for our members.

‘But I’m aware this is a really sensitive issue,’ she added.

The CSP is neither encouraging nor discouraging members from working in this new role. ‘I recognise that our members may need to look at a number of work opportunities nowadays, often outside traditional roles, and in many different workplace settings.

‘Despite some of the initial concerns voiced by the CSP about the change in the assessment process, our members are well placed to carry out functional assessments. That’s what they are trained to do.’

CSP director of practice Natalie Beswetherick was also clear that this was an appropriate role for physios: ‘We do recognise that PIP assessments are within members’ scope of practice.’

She and Ms Middleton recently met Atos officials to air members’ views. As a result, Barrie McKillop, Atos’ clinical director for PIP, spoke frankly to Frontline about how things will improve.

Barrie McKillop, Atos’ clinical director for personal independence payments (PIP), is keen – understandably – to draw a line under what has went wrong with the process in the past.

‘There have been delays in the PIP process, and face-to-face interviews have taken longer than anticipated,’ he accepts. But better training, 60 more assessment centres and more staff will help. And there have been delays at the Department for Work and Pensions (DWP) end too, with unrealistic expectations from the outset.

‘It’s taken twice as long as anticipated to complete the reports to the required clinical standard,’ he admits.

The priority now for Atos is to get assessments moving faster and to achieve greater throughput.

In part it will do this by opening more centres. In 2015  60 new centres, offering a total of 300 assessment rooms will go live. The first five of these were due to open last month. Staff will be directly employed by Atos.

‘We don’t have targets for the number of assessments they should do in a day. Obviously we are looking at capacity,’ said Dr McKillop, ‘but the reality is the assessment takes as long as it takes.’

But reports will need to be focused, precise and concise.

‘It’s in everyone’s interests that this is done efficiently,’ he says. ‘It’s not the case that a longer report is a better one.’

The physios are trained to assess a variety of conditions, not just MSK, says Dr McKillop, a medically-trained doctor.

‘Many claimants have multiple medical conditions, or a combination of physical and mental conditions.

He refutes any suggestion that they have a remit from the DWP to reduce benefit awards, but they do have targets built into their contracts with what they call their ‘supply chain partners’. These include NHS and private physio clinics.

Dr McKillop refuses – initially at least – to be drawn on the exact number of days Atos expects to take from receipt of an assessment application through to referring it back to the DWP. But when pressed he reveals that the new target will be 30 days.

He is aware that one of the issues that may have slowed things down is that physios have been trying to offer clinical solutions to the person’s functional limitations. What Atos needs is merely an assessment, not advice on how to improve things. Better training should help with this.

‘We’ve been working with the DWP to get the process working as best as we possibly can,’ says Dr McKillop, who has been with Atos for 12 years. ‘There have been lots of refinements and improvements.’

Atos has decided to increase the training to reflect the demands on assessors. It will still involve a one-week online but the classroom-based course will be extended from five to eight days.

Atos is also planning to increase the number of training courses available as more suppliers are identified and its new assessment centres come on stream.

Quite appropriately, checks are made on the standard of an assessor’s work. But this feedback can be a frustrating experience for physios who don’t meet the required grade. They are scored on an A-B-C rating to make sure they are meeting DWP standards. If they consistently score C they are not allowed to continue as an assessor.

Again, better training from the outset should reduce the risk of C ratings.

Although assessors normally submit their report on the day of the interview, delays can occur if an Atos supervisor queries a clinical issue, perhaps because the assessor doesn’t sufficiently explore someone’s mobility issues and function, says Dr McKillop.

Once completed and returned to the DWP, a benefit official may have further questions, sometimes up to six weeks after the assessor saw the applicant.

Again this is a frustration for members, but one that better training from the outset should help to address.

Members have expressed concern at the time taken assessing a complex case (they are meant to take an hour but two is not unusual). They are also worried at their own safety when handling patients with mental health problems, whose cases often take longer.

One member worked in a clinic that had panic alarms, but only by the office door, rendering them virtually useless.

Dr McKillop says there have not been any major safety incidents with PIP claimants. Most, he says, report how positive they’ve found the assessment process.

‘But when the file is referred from the DWP they will mark if there has been any known unacceptable behaviour before they send it to Atos,’ he says. ‘Anything that suggests there is a risk of violence or aggressive behaviour would be flagged to the practitioner, who should have a chance to review the file before they see the claimant.

He adds that Atos has visited all the sites and reviewed the rooms ‘to make sure it is as safe as it can be’.

He is also keen to emphasise that there will be more training for physio assessors in how to handle claimants with mental health issues and dealing with difficult situations.

What’s in it for you?

Not everyone would want to work as a PIP assessor, but Dr McKillop believes there are career benefits for those who choose to do so:

‘Assessors say they really like using their clinical experience in a different setting. They have found the training structure very helpful. And they value being able to spend some of their time in face-to-face work, without being hands on. ‘It provides something different in their career, something they can take back to their day-to-day practice.’