Hypermobility affects more areas than you might expect, and physiotherapists are leading the way with research. Janet Wright reports 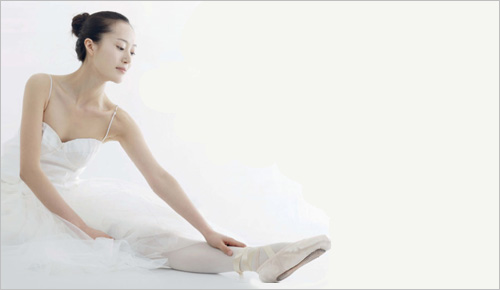 How many clinicians routinely consider joint hypermobility syndrome (JHS) as a factor in a child’s gastric problems, a woman’s urinary stress incontinence, a young person’s premature arthritis or an older person’s varicose veins?

JHS, usually stemming from a connective-tissue disorder that runs in families, can also affect the autonomic nervous system, causing symptoms such as fainting and heart palpitations. It has been linked with conditions such as phobias and even autism.

Yet students of physiotherapy or medicine are taught very little about hypermobility or its multisystemic nature. ‘There seems to be a lack of awareness among physios of the diagnostic criteria,’ says Shea Palmer, professor of MSK rehabilitation at the University of the West of England Bristol.  Only 43 per cent of physios with some postgraduate training in joint hypermobility were using the Beighton criteria, says Professor Palmer. Among those without postgraduate training it was 22 per cent.

Hypermobility shouldn’t be automatically classed as a problem, he adds. It is a spectrum, at one end of which the flexibility can even be beneficial.

‘For musicians, gymnasts, swimmers, having really mobile joints allows them to function at a very high level,’ says Professor Palmer.   Those super-flexible joints can prove an asset to ballet dancers turning their feet out at right angles, or gymnasts entrancing the crowds as they float over the parallel bars.

For some people, however, disability lies at the far end of the spectrum, overlapping with the hypermobile form of Ehlers-Danlos syndrome. Between the two extremes come JHS symptoms such as joint instability, pain (not only in the joints), fatigue and a range of less easily recognised symptoms including gut, heart and even mental problems.

‘Anxiety and depression are found to be over- represented in this group,’ says another CSP member, Jane Simmonds, principal lecturer and researcher at the University of Hertfordshire and clinical specialist at the hypermobility unit in the Hospital of St John and St Elizabeth in London.  This may be a result of pain and suffering or may be inherent in the condition and a result of an unknown genetic link.’  One study found people with JHS were 16 times more likely to have panic attacks (Martín-Santos R et al. American Journal of Psychiatry 1998).

Exercise is essential to improve joint stability, say the specialist physios, but an excessive range of movement can put patients at risk of damaging what they’re trying to protect. Also, poor proprioception often makes it difficult for them to exercise correctly.

Professor Palmer’s research found that, though exercises are widely used, more studies need to be done to determine what is effective (Palmer et al. Physiotherapy 2013).  So far, the wide range of conditions and measurements used by researchers make it hard to weigh up the results.

‘In the literature, it’s difficult to know whether patients have symptoms and are therefore likely to have JHS,’ he says.

His team has developed a programme of exercise and education, currently being tested in a pilot scheme (see CSP website Hypermobility).

‘The intervention we’ve been developing is almost a pain management approach, trying to build up people’s ability to function,’ says Professor Palmer. ‘There are some specific exercises to stabilise affected joints, but we’re trying to build up what they’re doing, pacing activity rather than boom and bust, addressing negative thoughts.’

How much do we need to know?

One school of thought holds that JHS is being over-diagnosed.  However flexible people are, if they aren’t suffering from any associated problems they haven’t got JHS – they’re just hypermobile.  Women are naturally more flexible than men, and other ethnic groups more than white people. About 20 per cent of women meet the Beighton score for hypermobility (see panel below), and most of them are symptom-free. So is the diagnostic standard useful?

Studying thousands of teenagers, Professor Palmer’s team found that 20 per cent of 14 year olds qualified as hypermobile. Raising the qualifying score from four to six would have reduced the numbers diagnosed to four per cent. However, that hypermobility diagnosis at 14 proved useful in predicting problems four years later.

Even at the symptom-free end of the spectrum, hypermobile people are more likely than average to have minor injuries such as twisting an ankle. And hormonal changes make normal tissues more flexible during pregnancy, so women with hypermobility are at increased risk until after the birth.

Big advances in paediatric physiotherapy are transforming the prospects of children with hypermobility.

‘We can change things in children,’ says Ellie Haggart, highly specialist physio in paediatric rheumatology at Great Ormond Street Hospital.  ‘If they get the right targeted intervention they shouldn’t have the same problems their parents may have had.’ Physios are working with guidelines issued last year by the British Society for Paediatric and Adolescent Rheumatology.

‘There’s almost a lack of willingness among doctors to accept that a joint that moves more than normal should be associated with pain, because pain is usually associated with stiffness,’ says Professor Palmer.

Diagnosis can protect the patient from inappropriate treatments or exercises, he says. And treatment needs to consider the whole body.

An injured knee, for example, might need the effects of hypermobility in the hips and spine to be taken into account.

‘While avoiding over medicalising hypermobility, we should be listening to patients, especially those with more complex needs and working with multidisciplinary teams to help facilitate function and improve quality of life,’ says Dr Simmonds, who is due to speak at a hypermobility event at the University of Hertfordshire on 14 June. For details, email: cpdhealth@herts.ac.uk fl

If you score four out of those nine possible points, you have hypermobility. However, it’s not JHS unless you have pain or other symptoms.

Since the 1990s, JHS has been diagnosed through the Brighton criteria.

These include two ‘major criteria’:

There are also a number of ‘minor criteria’ including:

JHS may be diagnosed if a patient meets: