Physios working in two GP practices in central Scotland are having a significant impact. Ian A McMillan reports. 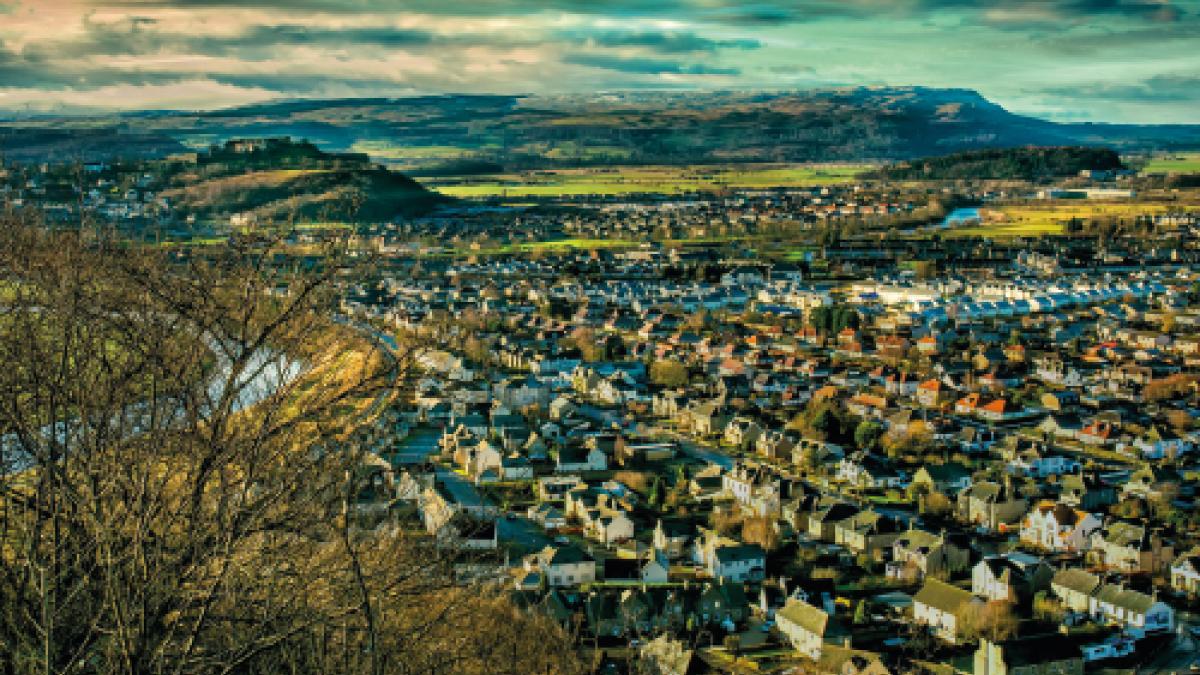 For Catherine McRitchie being based in a primary care setting is a dream come true, as she saw the need for physiotherapists in the sector several years ago. ‘I’d thought about this kind of role earlier in my career, so when this post came up I grabbed it with both hands. It was an opportunity to be involved in something new.’

Mrs McRitchie is one of two physios based at the Bannockburn medical practice in Stirling under an 18-month scheme launched last November by Forth Valley Health Board. She and Fiona Downie each works 22.5 hours a week (making up a 1.2 whole time equivalent). They overlap once a week so they can meet one-to-one for peer support, and to discuss topics such as audit and service development.

Meanwhile, a parallel scheme is underway about 13 miles to the south east at a medical practice in the more traditionally industrial town of Grangemouth, near Falkirk. Wendy Monteith and Helen Turner are based at Kersiebank medical practice, which was taken over by the health board after it was classified as being ‘in crisis'.

The physios, advanced nurse practitioners and pharmacists at the two practices help to relieve some of the ‘burden’ placed on GPs. The scheme is being audited to ensure it delivers a high-quality, cost-effective service and the physios hope to put the CSP-designed physiotherapy cost calculator to good use in the months to come.

All four physios were placed on an 8a banding when they joined the practice teams, a boost for all for all of them. Frontline met three of the quartet in March (Mrs Turner was on leave) at the Bannockburn practice, which had a history of having problems in attracting and retaining GPs. To an outsider this seems surprising as the city of Stirling, once the nation’s capital and known as the ‘gateway to the Highlands’, is set in one of the most beautiful and historical parts of Scotland. Indeed, the practice, sited a few miles south of Stirling Castle, shares its name with a legendary 14th century battle in which Scots soldiers trounced their better resourced English counterparts.

Mrs Downie uses the phrase ‘fighting the fire’ to describe the early months of the scheme. ‘There was something of crisis in terms of the demand the GPs were facing. They couldn’t recruit GPs to the practice and the health board had to come up with a different way of doing things.’

Though it’s still early days to provide incontrovertible evidence of the scheme’s worth, the early signs look promising, according to the physios. For example, preliminary results from an ongoing audit show that three patients in four were able to self-manage their musculoskeletal (MSK) condition subsequently.

About one in 20 received a steroid injection in the initial tranche, while two per cent were referred to orthopaedics and six per cent needed some form of imaging. Of the 858 patients assessed, just 13 cases were classed as being ‘inappropriate’.

This might suggest that others are familiar with the physio’s remit but they say they have been struck by how little other healthcare practitioners seem to know about physiotherapy, and are convinced that more needs to be done locally and nationally to raise the profession’s profile. Mrs McRitchie says: ‘The public and, indeed, other healthcare professionals, often don’t know what physiotherapy is about. Working in this way has been an eye-opener for us and a steep learning curve for others in the practice.’

Seconded by the health board into the two practices, the physios rarely offer hands-on physiotherapy and refer patients on to colleagues in local mainstream physiotherapy services when appropriate.

Mrs McRitchie explains: ‘We decide on the best pathway for the patient. We might offer information leaflets or show them a few basic exercises. Depending on their needs, we decide if they need to be referred on to orthopaedics, pain or rheumatology clinics, for example, or whether they can self-manage. They might need further investigations, such as X-ray, blood tests. We can all do injections as well.’

Though she has yet not needed to refer a patient for a lumbar MRI, Mrs Monteith says the physios have the same entitlement to do so as that held by local GPs.

Mrs Downie says that since the physios, along with advanced nurse practitioners and pharmacists, started working at the practice, standard GP appointments have risen from 10 to 15 minutes. ‘Their time has been freed up because the nurses see, for example, patients with urinary tract and chest infections. This means that GPs see more complex cases, which might take a bit longer.’

‘We have 20 minutes per patient,’ says Mrs Downie, noting with a smile that ‘we are not bad at keeping to that amount of time.’ One boon for patients is that the GP might see them for longer if they have an ailment that doesn’t fall under the physio’s or nurse’s remit, Mrs Downie points out. ‘I might say to a patient that we can see them for this issue, but that they can still see the GP later if needed.’ By contrast, the Kersiebank GPs have opted to retain traditional 10-minute appointments, Ms Monteith notes. ‘And I think they are quite happy with that.’

Though known officially as extended scope practitioners (ESPs), the physios say they prefer the term physiotherapy practitioner as that seems to mean more to the patient. Mrs Monteith recalls how one patient in particular was initially reluctant to see her as she wanted to see her GP as usual. ‘But by the end of the appointment she was very happy, because she realised I could do more for her than the GP could.’

The reluctance to see a physio seems relatively rare, however. Mrs McRitchie says: ‘I have not had anybody worried about seeing a physiotherapist rather than a GP.’

In line with their ESP counterparts in orthopaedics, the physios don’t see patients aged under 15. ‘This is partly because I don’t think any of us felt confident about picking up sinister pathologies in youngsters,’ says Mrs Monteith. ‘I have seen a few teenagers but they saw the GP first and had been referred on.’ The bulk of their patients are in their 40s, 50s or 60s but some are in their 90s.

Through discussions on the iCSP networks, the physios have found three members who work in other GP practices in Scotland. Mrs Monteith spent time with one as the Forth Valley initiative was bedding in. ‘He treats patients and is employed by the practice, so it’s a different model,’ she explains.

‘I’ve enjoyed being part of the team at the practice. It’s been a steep learning curve setting up the service ourselves which has been a challenge. Nobody told us what to do and the four of us have ensured we had the same approach at the two practices.

‘I was in my past post for a long time and you can get a bit stale, if that’s not too strong a word. I needed something to “light my fire”.’

All the physios said they particularly appreciated being given protected time to evaluate the service. ‘We hope to be able to really prove that we are worth it and believe the approach has the potential to offer something new and different,’ Mrs McRitchie adds. fl

What the CSP says:

Sara Conroy, the CSP’s professional adviser for Scotland, visited the Kersiebank practice earlier this year. She said: ‘This initiative isnan excellent example of how the skills of physiotherapists can be used to take the pressure off GP services. The benefits are already being seen with increased GP appointment times and high patient satisfaction.

‘Although the service was prompted by a GP shortage in the locality, it has the potential to work in many other primary care and GP settings throughout Scotland. We look forward to analysing the data being collected from the service, to provide the evidence of the cost-effective impact and improved patient care that this model can offer.’

What the patients say:

This article was amended on 29 June 2016 to clarify the patients' responses.