Step in the right direction: apprenticeships

Apprenticeships can offer an unconventional route into the field of physiotherapy and other permanent jobs. Daniel Allen reports. 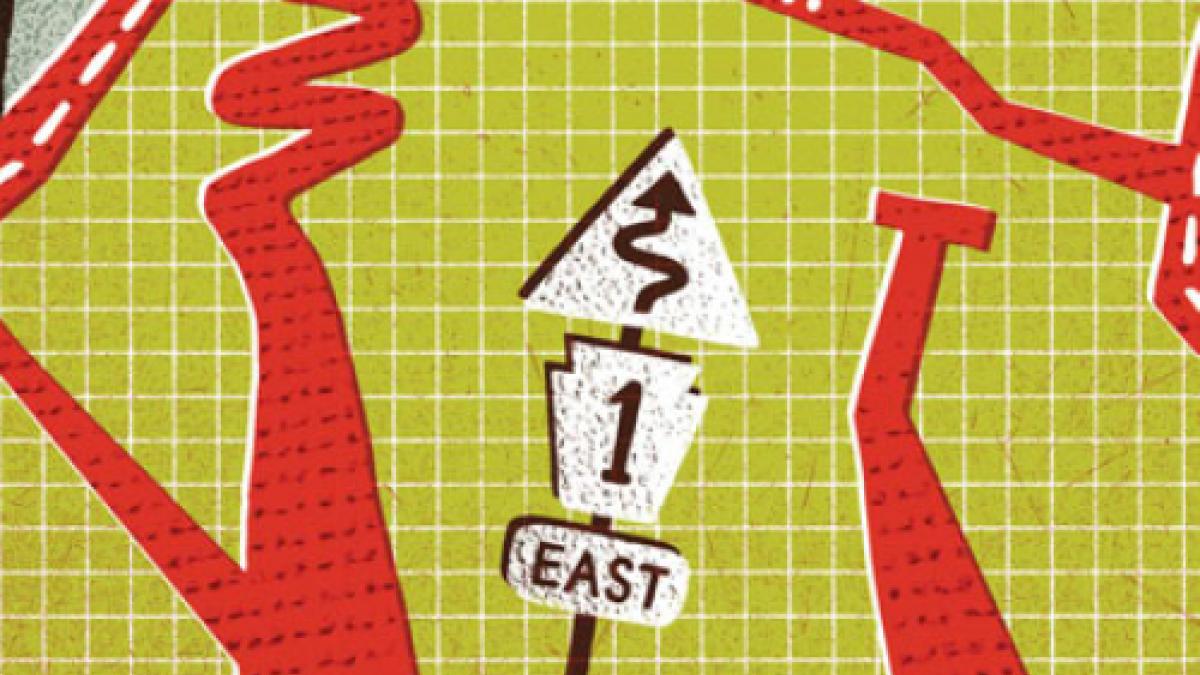 Megan Sinclair-Brown and Tammy Cusack, aged 18 and 19 respectively, have nearly finished their apprenticeships as care support workers at Birmingham Children’s hospital (BCH). They are working within therapy teams and both are finding the experience rewarding. ‘I’ve learnt a lot,’ says Ms Sinclair-Brown, who is based in outpatients. ‘You pick up so many skills. My mentor is a physio. She works closely with me and teaches me a lot about anatomy in the musculoskeletal area.’

Ms Cusack is part of the neurology team. ‘It’s been quite challenging because some of the patients I see are quite poorly.’ But she’s always been interested in working with children and the apprenticeship is giving her valuable insight into the physiotherapy role, as well as offering experience that could be an advantage in a competitive jobs market.

Both were focused on completing their programmes successfully rather than making decisions about their long-term futures when interviewed earlier this year. But both are enjoying working in physio teams and a career in the profession is one of the options open to them.

Fiona Rolls, assistant therapy team leader at BCH, says the pair are the latest in a succession of apprentices taken on by the hospital. ‘We saw it as an opportunity to give young people – or older people, depending on who applied – the opportunity to work in health.’

She says the hospital’s apprenticeship programme offered a way to widen the talent pool by opening doors to people who might not have the strongest academic record but who nonetheless had skills that would be an asset.

Other team members have welcomed the apprentice scheme. ‘People could see that certain tasks could be done by somebody who doesn’t have any previous experience. I also think they liked the idea of a challenge and having some new talent in the department,’ says Ms Rolls.

A report on apprenticeships in the health sector published in May by the Department for Business, Innovation and Skills (DBIS) suggested a number of benefits for organisations that engage in apprenticeship programmes. For example, apprenticeships increase the diversity of people who might enter into NHS employment by establishing a vocational pathway into several occupations. They also increase the flow of young people into NHS employment – important, given the ageing workforce; and they encourage the introduction of new ideas into the workplace.

The 24 employers surveyed for the DBIS report – mainly hospitals and trusts – felt that apprentices could deliver the kinds of skills they require. Apprentices were also shown to be cost effective; in most instances, employers found they could recoup the costs of their investment within one or two years if their apprentices go on to join the staff.

The CSP’s position on apprentices in therapy teams is clear. ‘We support apprenticeships,’ says national policy officer Penny Bromley. ‘They’re a good way of broadening access to physiotherapy in terms of age and different entry points. However, some things need to be in place. They need to be seen as exactly that – apprentices – and not used to replace substantive posts. They also need to be paid at Agenda for Change rates.’

CSP membership is open to apprentices, although associate member officer Catherine Smith says the amount they earn and their limited contracts mean they may not see membership as viable. ‘But we would encourage them to join as associate members because we feel we can offer education and support, as well as advice on employment rights and professional issues.’

Candace Miller, director of the National Skills Academy for Health, says pay rates for apprenticeships vary, with some trusts paying Agenda for Change rates and some not. ‘There is a national minimum apprenticeship wage – every apprentice must be paid at least that. But then it’s very much discretionary.

The minimum wage for apprentices is currently £2.68 an hour but for applicants the real value of apprenticeship schemes is as a means of improving employment prospects. And they are proving attractive. The number of health-related apprenticeships has increased substantially over recent years, according to the DBIS report, which says there were more than 52,000 starts in health and social care in 2010-11. Although many of those are in clinical support worker roles, others are one step removed – in business administration, for example.

There’s nothing to stop trusts developing a training programme and calling it an apprenticeship but using an accredited framework offers other benefits, such as attracting funding, says Candace Miller.

‘What they get if they go through an apprenticeship framework is the total package, because an apprenticeship is not just the clinical content or the skills-focused content but the broader skills like IT and mathematics. So the training package for an apprentice is incredibly well rounded and people who graduate with an apprenticeship are actually well placed to enter the workplace with a good balance of skills that will allow them to perform effectively.’

Selecting carefully from the range of modules available can help ensure that employers match an apprenticeship framework to their needs, says Ms Miller.

A community-based physiotherapy practice, for example, might call for slightly different skills from one based in an acute care setting, says Ms Miller.

‘It’s for the employer to be very, very clear on what it is they need in the role.

Then it’s a question of the employer and the young person choosing the right path. It’s really important to make the right choice of modules – which component parts from the apprenticeship framework are most relevant.’

Get it right and both sides benefit – the apprentice by getting a toehold in a future career and the employer by having an opportunity to grow its own talent. ‘Employers also benefit in terms of really connecting with the local community,’ Ms Miller says. ‘It’s a good way to recruit local people, to have good connections with local schools and colleges. It can create a pipeline for future recruitment.’

Of course, apprenticeships are not exclusive to school leavers and the CSP’s Penny Bromley says schemes should not just be focused on the young.

Existing employees might welcome the opportunity to train. ‘There should be equality of opportunity across the whole physiotherapy workforce,’ Ms Bromley stresses. fl

At University Hospital of North Midlands NHS trust, the apprenticeship programme is opening up physiotherapy and occupational therapy to people who, in the past, might not have considered them as career options.

Principal physiotherapist Caroline Brown says: ‘In 2012 we started talking to our healthcare skills academy here at the hospital and to Stoke on Trent College about how we could develop apprentice posts and how we could recruit people.’

She adds that as well as offering development opportunities within the trust and demonstrating what therapy roles have to offer, the scheme is a means of helping to address youth unemployment locally. It is also about succession planning and ensuring that the department has the right skills at technical instructor level for  the future.

Initially, three apprentices were taken on. The selection process is robust and in addition to working on the wards, apprentices spend one day a week at the college. The first three have all gone on to either study or work in therapy roles.

A more recent recruit is Megan Spear, a psychology graduate attracted to the apprenticeship programme by the opportunity it offered to gain a toehold in healthcare.

‘At university, they didn’t offer any placements so when I finished my degree it was hard to get any kind of role in psychology because I lacked experience,’ she says. ‘This gave me the opportunity to get experience in a healthcare setting which is where I want to work.’

She has now finished her apprenticeship and  is employed as a band 3 technical instructor at the trust. ‘I still had my heart set on psychology when I started here but this has opened my eyes to physiotherapy and occupational therapy.’

Ms Brown says that to date the apprenticeship programme has been a resounding success. A lot of groundwork helped to address any early concerns raised by staff, all of whom have since been very supportive of the apprentices.   ‘We weren’t sure when we started what support everyone would need and where the apprentices would fit into the team,’ Ms Brown says. ‘But it’s all working fantastically now and everyone absolutely loves it.’

The CSP has joined many other health-sector employers in seeing the advantages that apprenticeships can bring. Head of human resources Andrea Barber says: ‘I’d used apprentices in a previous role and had seen how good they could be and the impact they can have on an organisation. Here at the CSP, we had a relatively static workforce, not a lot of turnover, plus a workforce that’s ageing. We wanted to bring in new blood and apprentices were one of the ways we looked to do that.’

Which is how Ellie Griffiths (pictured above) came to be working as a business administration apprentice in the human resources team at the CSP. ‘I thought university wasn’t the right route, considering how much money goes into it,’ she says. ‘I wanted to look for something else that would be valuable to me and start my career, and possibly allow me to learn at the same time. To be able to get into the world of work so early without going to university was really useful for me.’

Both sides were happy with progress and Ellie completed her apprenticeship last month. ‘It’s worked really well,’ says Andrea. ‘Ellie is very proactive and very, very eloquent in expressing her ideas. She brought in different ways of doing things, questioning what we do and how we do it.’

Ellie has moved on to her first  ‘proper’ job. She isn’t straying far though, and is working with the CSP’s membership team until the end of the year.’