NHS staff survey highlights the extra pressure that is facing the NHS staff in England. 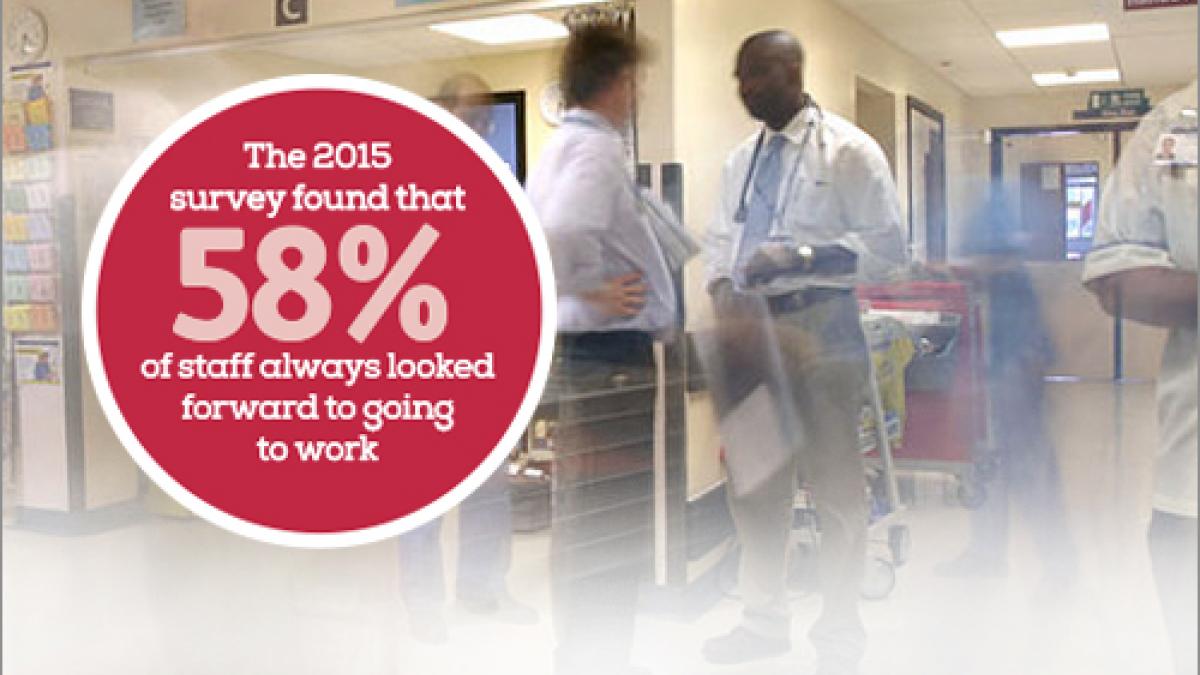 The NHS is never far from the headlines, which of late have centred on the junior doctors’ dispute and pressures on the service as they affect patients and staff. But the NHS staff survey – covering the views of nearly 300,000 NHS staff in 297 trusts – gives a panoramic view, and detailed insights, showing what is really going on at the heart of England’s health service.
There is some good news. Analysis of trends in the survey results since 2011 shows a continuous, albeit slow, improvement in staff motivation and engagement. The 2015 survey found that 74 per cent of staff felt enthusiastic about their job, while 73 per cent have opportunities to show initiative at work.
More than 80 per cent of staff were satisfied with the support they got from colleagues, and 72 per cent felt their teams had shared objectives.
‘The passion that NHS staff have for their work, and the close collaborative working and camaraderie with colleagues, is remarkable,’ says Claire Sullivan, the CSP’s director of employment relations and union services.
‘But the survey also reflects what our own members say to us: that things are tougher, they are working increasingly hard and significant numbers are doing unpaid overtime. Essentially the NHS is running on huge goodwill.’

Most NHS staff (73 per cent) reported working extra hours every week and the majority of these (60 per cent) were not paid for doing so.
There is evidence that under-resourcing is affecting the ability of staff to work effectively. Of those surveyed, 69 per cent did not agree that their organisation had enough staff for them to their jobs properly. Just 34 per cent felt able to deliver the level of care to their patients that they aspired to.
Conditions at work are damaging staff wellbeing, with 37 per cent of staff reporting that they felt unwell because of work-related stress in the past year.
The survey shows national results, as well as some widely-varying results from individual trusts, and physiotherapy staff can look at the outcomes for their own organisations.
Ms Sullivan said: ‘It will be important for people to talk to their CSP steward, or their manager, to find out how the results will be acted on locally and translated into improvements.
‘I would encourage employers, working with their staff unions, to look at where they have the biggest challenges, put a plan into place and make some positive changes.’fl