Significant success in the battle for workers' rights

The CSP has joined other trade unions in welcoming a government climb-down on key aspects of its Trade Union Bill. Gill Hitchcock reports. 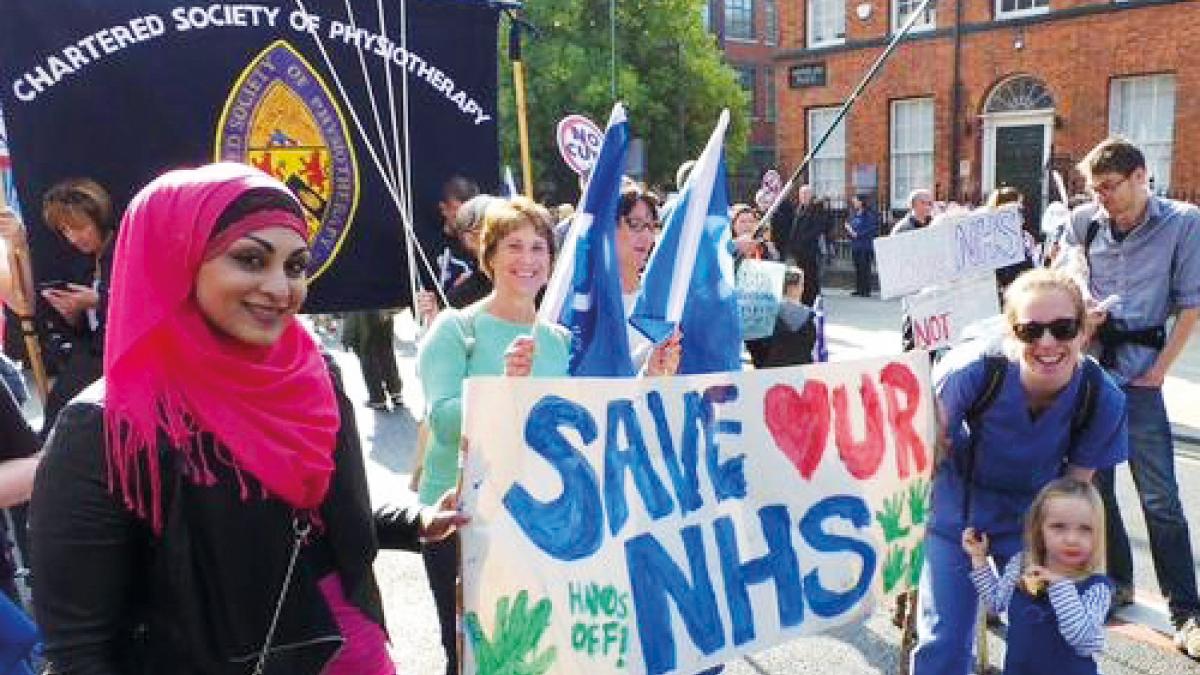 Civil liberties groups described it as a major attack on human rights, while trade unions saw it as the biggest crackdown on workers’ rights for a generation. The Trade Union Bill – arguably targeted to undermine people’s ability to organise, protect their jobs, pay and the quality of their working lives – 10 months on, now includes some positive amendments. But not without concerted action.

The changes do not apply in Northern Ireland, and the Scotland and Wales governments have indicated their strong opposition to implementing them. However, across the UK, the CSP’s 1,100 stewards and safety reps help give physios a collective voice at work, as well as supporting them individually. The original bill proposed to cap local reps’ time, limiting their ability to help members.

This was bad news for staff, but many employers recognised that it threatened them too. Among them were NHS trusts who work in partnership with unions so problems are resolved and less likely to escalate into a dispute.

Thankfully, the government backed off. And it goes without saying that Claire Sullivan, the CSP’s director of employment relations, is delighted: ‘We couldn’t see any rationale for new legal restrictions on “union facility time”, which at the end of the day is agreed between reps and employers locally.

‘Most unions, including the CSP, could not do the bread and butter of their work without the many thousands of hours that local reps devote to their role. It’s what connects unions with workplaces and members. Here at the CSP, we simply couldn’t offer the employment support and services that we do without our stewards and safety reps.’

Electronic banking and shopping are commonplace. Political parties now use e-voting to select candidates for leadership roles. Unions, including the CSP, use online channels where they can to get the views and votes of their members. But in another back track, instead of blocking e-voting for strike ballots, as originally intended, the government has agreed to an independent review and pilot scheme, with a verbal pledge that it will be introduced if found to be safe.

‘We’re strongly in favour of e-balloting, and have been campaigning for alternatives to a traditional postal vote,’ says Ms Sullivan. ‘Evidence suggests that people are more likely to participate in something that’s easy to access. E-balloting is in line with the preferences of a growing proportion of the population and measures that increase participation are very welcome. Postal ballots overseen by a third party are also very costly and e-balloting is a much better use of CSP resources, which are, largely, members’ subscriptions.

Proposals to stop public sector workers from paying their union subscriptions through payroll – the so-called ‘check off system’ – is out of the amended bill too.

CSP members don’t pay their subs by ‘check-off’ but this change is good news for them nonetheless, as Ms Sullivan explains: ‘The vast majority of achievements in the NHS locally depend on health unions working together. So if reps from fellow  health unions, including Unison and Unite, had to divert substantial resources into changing members over to other forms of payment,  it would weaken all of us and make things tougher for CSP members locally.’

Frances O’Grady, the TUC general secretary, has hailed the changes – including dropping measures to force everyone on a picket line to give their personal details to the police – as a victory.

‘It’s been a difficult 10 months,’ she admits. ‘But the bill that passed the Commons (on 27 April) was hugely reduced from what the government had originally proposed – an amazing turnabout for a flagship bill at the start of a new parliament.’

It is significant that this was achieved, not just by the TUC, the CSP and other unions, but by many thousands of individuals.  ‘Our own members have lobbied MPs, written to peers, and taken lots of action locally,’ says Ms Sullivan. ‘Alongside our national work, it has been very effective.’

Last October, for instance, CSP members and stewards joined a 100,000-strong demonstration in Manchester, to protest about the bill. A month later, during a lobby of parliament against the bill, physio and industrial relations committee chair Jill Barker spoke in Westminster Hall warning that it was ‘undemocratic’, ‘unnecessary” and ‘bad for the nation’s health’.

Devil’s in the detail

Ms Sullivan notes that there was strong opposition to parts of the bill among members of the general public. ‘When the bill was first introduced the media coverage was largely about strike ballot thresholds, on which there appeared to be public support for the government’s position.

But as the detail and wide-ranging nature of the bill emerged,  there was a gradual realisation that  the proposals were introducing  one rule for unions and another for everyone else and that the government was interfering unnecessarily in matters between a union and its members .’

For the TUC, campaigning against the bill has been its biggest priority since last July. It is rightly proud of its achievements, but many of the bill’s harmful proposals became law on 4 May.

People who lead pickets will have to be identified to police, for instance; there will be new powers for the union regulator and certification officer. Both measures add already time-consuming red tape to what is one of the most tightly-regulated union movements in Europe.  And many health workers will be subject to a ‘double threshold’ on ballot turnouts, meaning on the required 50 per cent turnout, 80 per cent of those who opted to vote must vote in favour of industrial action.

‘We believe the bill as a whole should not be there,’ said Ms Sullivan.  ‘But the amendments are significant. That changes can be achieved is good for morale at a time when many workers are having a very tough time. The very positive fact is we can still be heard and make a difference.’ fl