Shaking up the NHS: why physios must understand the future NHS 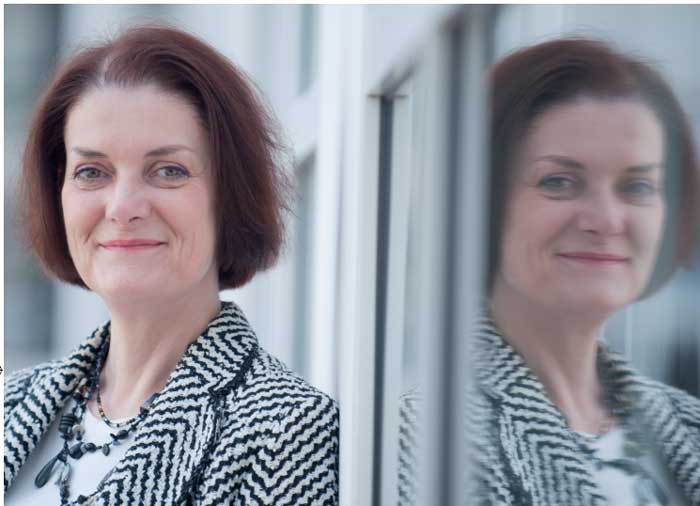 Suzanne Rastrick wants physiotherapists to be innovators. She sees them as influencers.
So it is imperative, says NHS England’s chief allied health professions (AHP) officer, that physios have a good understanding of the healthcare systems they work in. This includes getting to know the blueprint for the NHS in England to 2020, the Five year forward view (FYFV).
During a speech at Plymouth University in March Ms Rastrick showed undergraduate AHPs the document and asked who had read it. Although she won’t be drawn on numbers, she admits the response ‘was limited, shall we say’.
No matter who forms the next government, the FYFV will be its guide to delivering the efficiency gains needed to close the £30 billion funding gap that is predicted by 2020-21. And the document is clear that the sustainability of the NHS, the future health of millions of children, and the economic prosperity of Britain all now depend on a radical upgrade in prevention and public health.
What does this mean for physios? ‘Two things: the first is a piece of work that my colleague Linda Hindle at Public Health England is leading around enabling AHPs to see themselves as public health practitioners and being part of that prevention and public health agenda.
‘I think that sometimes physios will be doing things which clearly speak to that agenda. When we take a history from a patient we obviously ask them about their diet, their exercise, whether they smoke, all of those sorts of things which are very strong public health indicators.’
The second part of her reply is to praise the CSP’s cost of falls calculator: ‘It’s giving commissioners the ability to see the benefits of falls prevention for their own populations. It is really innovative and the CSP is to be commended for that.’
Another key to saving the NHS, according to the FYFV, is empowering patients to manage their own conditions. Ms Rastrick says that physiotherapists have been doing this for years, but the challenge is getting other healthcare practitioners to recognise that self-management is inherent in their skill sets.
‘We must be advocates for AHPs in general and our own professions, because the common currency is to talk about doctors and nurses as an easy shorthand. Anything each professional can do to augment that is great,’ she says.
Given England’s evolving commissioning landscape, she argues that it is important for physios to understand how local clinical commissioning groups work. Is there a separate commissioning support unit and who is the best person to target with information, for example? ‘Where there is a piece of service redesign, then practitioners need to know who they can best contact to contribute to that work,’ she says.
Providing evidence to demonstrate the clinical effectiveness of physiotherapy is vital, according to Ms Rastrick. But she recognises the challenges of providing data about physio services. For example, the Nuffield Trust quality watch report shows a paucity of data about the AHP workforce, she says.
Ms Rastrick believes physiotherapists should be involved in informatics developments and should contact with their chief information officer. ‘I think informatics – particularly for AHPs – is not necessarily well understood in terms of the benefits it can bring clinically; whether it’s around clinical coding and what that then means for payment for services, or demonstrating outcomes.’
And, she argues, it is ‘absolutely key’ that AHPs are involved in the national informatics agenda, commending the CSP’s involvement in NAPIST.  The National Allied Health Professions Information Strategy group is being re-formed and is scheduled for a relaunch when it will be chaired by Ms Rastrick. ‘We’ve been looking at what the terms of reference will be for the new group and really trying to focus on how we can best use the limited resources that the professional bodies have to support this, and at what are our key areas of focus,’ she says.
The FYFV promotes the drive for seven-day services by setting out that, where it makes a clinical difference to outcomes, hospitals must introduce this. Ms Rastrick says physios need to understand where they can contribute to better outcomes for patients – particularly to recovery and rehab – by working outside the normal five-day week.
Should physio staff get additional pay for working out of hours? Her response is to agree with NHS England’s medical director Sir Bruce Keogh that premium pay rates for weekend working should be abolished because they make seven-day services unaffordable. But if extra allowances are paid, they should be applied consistently, she says.
Ms Rastrick says everyone in health and social care can help make the FYFV work. ‘The good thing is that it‘s not a top down view of the world. It’s about engaging with practitioners, with physiotherapists,’ she says. ‘I find the CSP very much on the front foot, very responsive to change. It’s been willing to work with me and I’m grateful for that.’ fl