Rehabilitation: jump to it

Specialist physiotherapist Sally Dufty treats jockeys who are injured on the turf. Mark Gould spends a day at the races to see her in action. 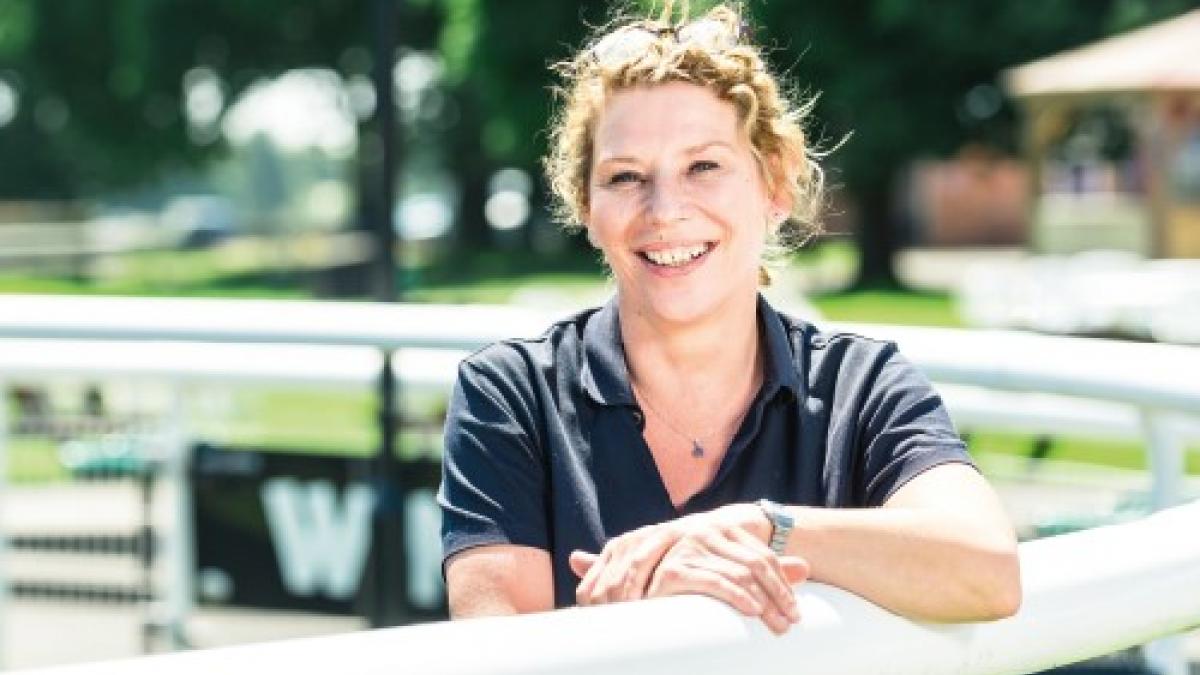 It’s 1.30pm on a sunny Thursday and the weighing room at Fontwell Park racecourse near Arundel in West Sussex is buzzing. The first race is minutes away. Jockeys, some of whom look to be in their teens, are in various states of undress. The course valet, Dan Fortt, a former jump jockey of repute, is polishing boots after allocating racing silks and other kit. The air is thick with the heady aroma of shower products, muscle rub and leather polish.
There is lots of laughter and jokes and chat about races and injured colleagues. Physiotherapist Sally Dufty has been at the course near the South Downs since noon. Ms Dufty is a member of the Jockeys Injury Management (JIM) team, a 20-strong squad of physiotherapists who have provided treatment, care and advice to the racing world since 1992. All jockeys, from millionaires such as Frankie Dettori to the rookie apprentice, pay £1 a race (75p for flat jockeys) in return for receiving support from JIM.
Sitting in the treatment room, Ms Dufty describes her working day. ‘Before leaving home, I go through the Racing Post to see if the race is still on and then who is riding so I can check my TM2 database – my portable electronic record – to see who is carrying an injury, when they last had physio help from the team or other medical treatment, to get an idea of what help they might need. As well as jockeys who are riding we sometimes have jockeys who live near the courses coming for advice or treatment.’

Bulimia can be an issue

Ms Dufty says the commonest injuries are fractured collarbones and shoulders, spinal whiplash and concussion, plus a lot of soft tissue injuries due to kicks from horses. Her vast kitbag contains muscle rub, tapes, strapping and acupuncture kit.
‘Jump jockeys get more injuries than flat jockeys because they fall more. But flat jockeys, because they are a lot lighter and are travelling faster, can suffer more serious – even life-changing – injuries, although that can happen in both sports. Jockeys are taught how to fall and avoid blows from other horses, and they all wear safety vests now, but we can’t prevent injuries.’ At this point jockey Paddy Brennan, who is waiting to have tape applied to a knee injury, nods in agreement.
It is clear Ms Dufty has enormous respect for her clients. ‘I have worked in cycling and rugby but jockeys are the toughest of the lot. They are self-employed and many don’t get paid that much. They do it because they love the sport. And when they are injured and can’t ride they are out of work. They don’t have a team behind them so they have to look after their own health, training and diet. Young jockeys do get lessons on nutrition at Oaksey House [one of three rehabilitation centres run by the Injured Jockeys Fund] and you can give them advice but there is no guarantee they will take it. That makes a relationship based on trust and respect vital.’
Jockeys are always fighting a battle with weight. ‘Weight is a problem, more so in flat racing. Some jockeys are tall but they need to meet very light weights so there are problems with bulimia – and dieting to meet a weight can cause dehydration, which can affect concentration. ‘When people who are underweight, malnourished or dehydrated get injured, it takes longer to stabilise and recover.’

All newly-licensed jockeys have a DEXA or bone density scan to check for osteoporosis and the Professional Jockeys Association encourages members to have scans throughout their career. Now JIM is also collecting data to examine trends in injuries to help inform and improve treatment. It may even help pave the way for safer course design and the education of apprentice jockeys. Like other sports, horse racing takes head injury very seriously. ‘After a concussion, balance and reaction speeds are affected. Jockeys will be examined medically before they are passed to return to racing but, even then, sometimes the valet, who knows them, can say, “You know, I am not happy with so and so”.’
In an international industry worth billions, in which any snippet of intelligence about a horse or rider could be priceless, Ms Dufty stresses the importance of confidentiality. ‘Jockeys are all pals and will help each other when they are injured. I know everyone and they will all talk to each other about their injuries and problems, but I have to have a relationship based on trust and respect with each jockey.’
Mr Brennan describes his injury. ‘I was in a race a fortnight ago where I fell and as I landed a horse kicked me in the knee.
He was racing again next day. ‘If it wasn’t for physios, I wouldn’t be able to ride. You can wake up in the morning after an injury and think, I am not able to ride. But they have amazing techniques that take the pressure off.’

Three riders fall in one day

Mr Brennan has been a jockey for 15 years and, at 36, is a senior rider. He loves riding but explains that, as a freelance, the life of a jockey is not easy. ‘There is a lot of car travel between courses and that can be tough on muscles. It’s also difficult to keep to a good diet when travelling but I am one of the lucky ones who doesn’t have to try too hard to keep the weight off.’
Two-time Grand National winner Leighton Aspell comes into the treatment room freshly showered wearing a towel around his waist. Extremely lean, at 41, he is a veteran. ‘I started riding in July 1994 and physiotherapy was hit and miss then. We really can’t do without them now,’ he says, rushing off to be weighed. Mr Aspell romps home in the first race, well clear of the field. But there has been a fall. On the big screen, Ms Dufty is relieved to see horse and rider up and about. The jockey walks back to the weighing room whacking his crop against his riding boot. But he wears a rueful smile as he goes off to the treatment room with Ms Dufty. At the end of the seven-race afternoon, there are three fallers – all fortunately uninjured. As we leave the lucky and unlucky runners, riders and punters of Fontwell, Ms Dufty makes a sobering point.
‘People tend to forget that this is the only sport where competitors are followed around by an ambulance and a vet.’ fl

JIM began 25 years ago as the Flying Physio service with the support of Michael Turner, the senior medical officer of the Jockey Club, they launched a successful pilot scheme in 1992. Two physiotherapists with an interest in riding were recruited – Anna O’Brien who covered northern courses and Pat Shaw for the Midlands – and the Flying Physio service was born.
‘It took the jockeys a while to get used to us. Some were terrified of admitting something was wrong because they thought we would go running to the medical officer to get them signed off as not fit to ride,’ Ms Slattery.
The Injured Jockeys Fund and the Professional Jockeys Association took over the governance of, and funding for, JIM and now physios are paid for their work at race meetings through contributions from the British Horseracing Authority, the Injured Jockeys Fund, jockeys’ subscriptions and racecourses. JIM operates rehabilitation centres in the horse racing heartlands of Berkshire and North Yorkshire. Another centre is planned for in Suffolk. Jockeys can self-refer or be referred by JIM physiotherapists and other medical staff.