Physio findings: involvement in research blocked by lack of opportunity 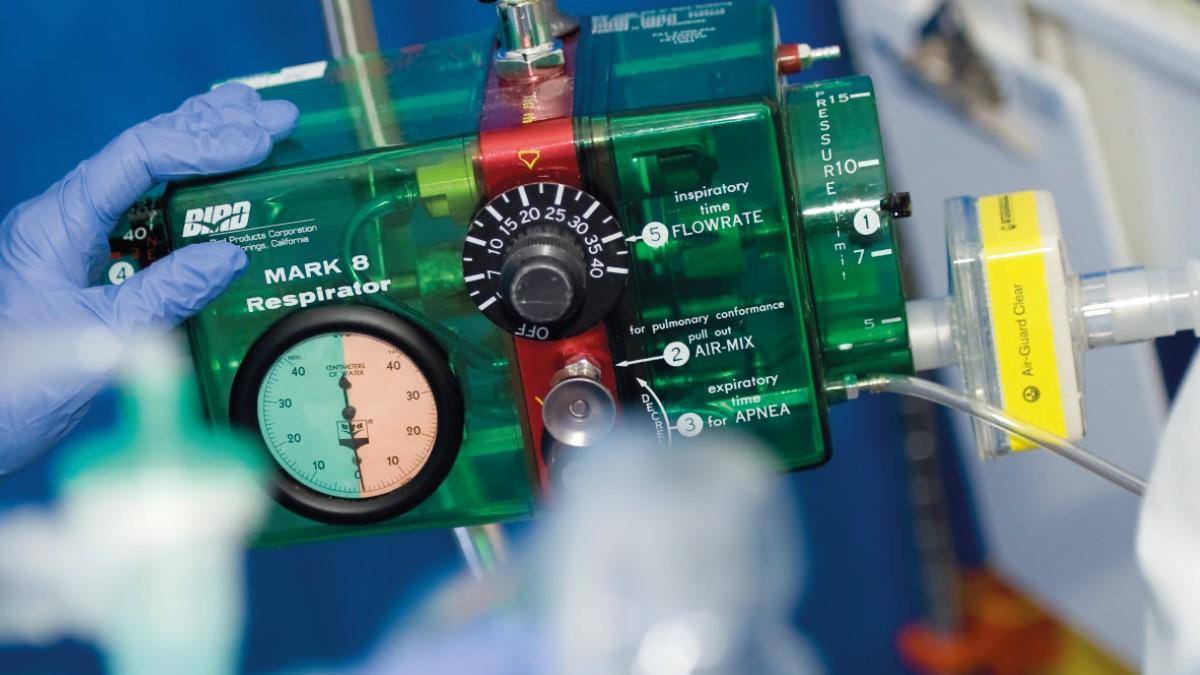 Critical care physios are keen to get involved in academic research and can bring a wealth of experience and skills to any project. But all too often a lack of suitable opportunities and access to relevant training are getting in the way, the results of a UK-wide survey reveal.
Critical care is a complex specialty, which requires the input of a range of different professionals who are capable of planning and carrying out research with the ultimate aim of improving patient care, say the study authors.
To try to find out what helps and hinders the involvement of critical care physiotherapists in research, the researchers drew up an online survey, open to all practitioners in the specialty regardless of clinical grade or previous experience.
Some 268 responses were eligible for inclusion in the analysis, including 133 respondents based in hospitals affiliated to a university and 111 who worked in a district general hospital.
Most respondents were of a senior clinical grade and well qualified: nearly two-thirds (163) had postgraduate qualifications at master’s level or above; seven had a doctorate. Many had some research experience, primarily audit (144) and protocol development (119).
Of those not currently involved in research (195, just under 73 per cent), most (167, 85.5 per cent) were keen to have the opportunity.
But the responses indicated the need for further training in research methodology, critical appraisal, protocol development and statistical analysis, all of which were cited by more than half the respondents.
Several other major obstacles that hamper greater involvement in the academic research agenda came to light. These included a lack of protected time, cited by 220 (82 per cent); followed by inadequate funding, cited by two-thirds of respondents (117, 66 per cent); and insufficient experience, which over half (151, just over 56 per cent) reported.
Key factors identified as ‘enablers’ to greater involvement focused on better information about the available opportunities for clinical research, access to appropriate training to enable them to contribute effectively, secondment roles and professional networks. These could be achieved through the local and national research infrastructure, and by encouraging links to be made between existing professional organisations to combine resources and promote funding and training opportunities, the authors suggest.
The findings from the survey prompt them to conclude that critical care physios are well equipped to take a much more active role in clinical research than at present, but often find themselves precluded from doing so, to the detriment of patient care.
It would be worth harnessing ‘the unique skills of this profession to enhance the quality, quantity and scope of critical care clinical research to maximise patient benefit, within a multiprofessional national [clinical research network],’ the researchers write.Connolly B, et al. Characterising the research profile of the critical care physiotherapy workforce and engagement with critical care research: a UK national survey. BMJ Open 2018.

Patients missing out on helpful physio

Physiotherapy to ease arm and shoulder problems following treatment for breast cancer is beneficial for both mind and body, but insufficient healthcare professional support and limited patient awareness are hindering its wider use, qualitative research suggests.
Around 58,000 women are diagnosed with breast cancer annually in the UK and arm/shoulder complications caused by treatment are thought to persist in about half of patients six years after surgery. These include restricted or altered mobility; pain; weakness; swelling; and impaired lymph drainage.
There is little research on the use of physiotherapy for these complications. To tease out some of the prevailing issues and inform the direction of future research, the authors carried out structured interviews with six physiotherapists working in the NHS or employed in the independent sector.
Four key themes emerged: lack of confidence around various aspects of practice, prompted by limited evidence to guide treatment, fear of causing harm and working in a less well-established area of physiotherapy; increasing confidence gained with experience, which reinforced perceptions of the benefits of physiotherapy; the ability of physiotherapy to help patients regain their sense of self and quality of life; and the feeling that provision of this type of care comes up against many obstacles.
Women who have, or have had, breast cancer are losing out, the authors conclude. This is because poor awareness on the part of healthcare professionals and patients of the role of physiotherapy in managing arm and shoulder problems, following breast cancer treatment, means it is not routinely included in breast cancer care pathways.Kenyon K, et al. Physiotherapists’ experiences of managing upper limb movement impairments due to breast cancer treatment. Physiotherapy Theory and Practice 2018..