In our regular round up of research Janet Wright looks at the evidence for exercise for COPD and Michele Harms highlights the latest articles online and in print. 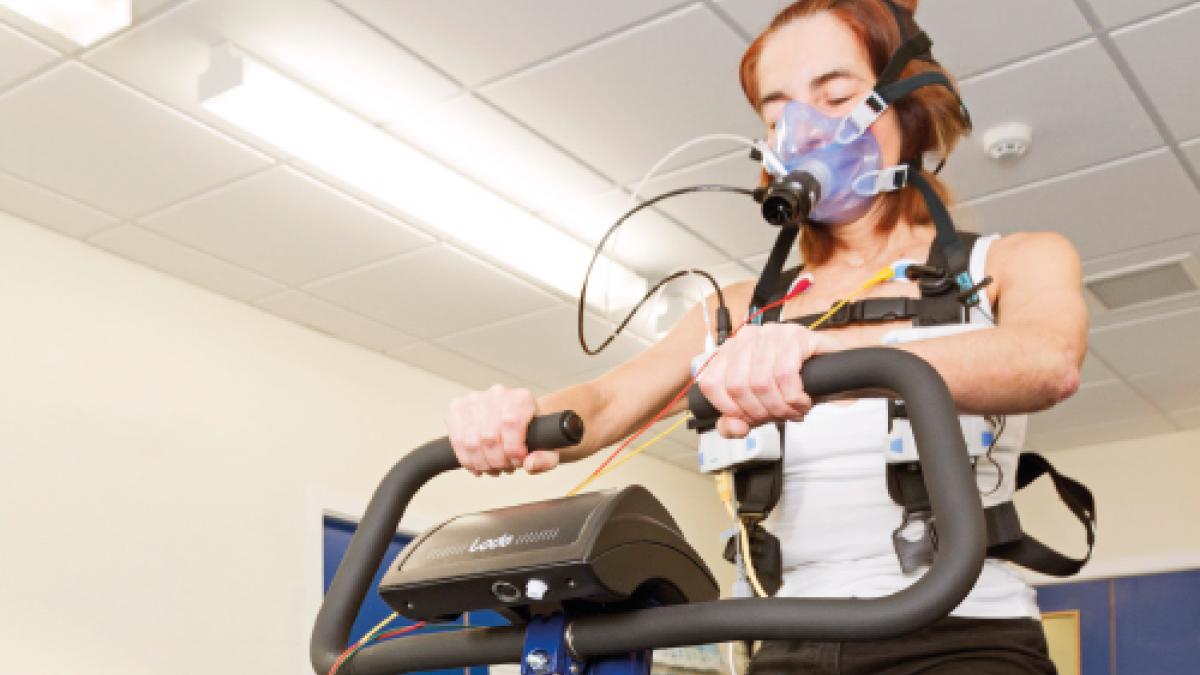 People with lung disease are often worried about taking exercise, even when it could help them. Physiotherapy researchers in Sweden investigated the evidence behind exercise training for people with chronic obstructive pulmonary disease (COPD), in order to provide evidence-based recommendations.

Margareta Emtner and Karin Wadell, of Uppsala University, found six systematic reviews of people with COPD. All the participants had been randomly selected either to take part in aerobic and resistance training or to do no exercise.

For people whose COPD was stable, the team found moderately strong evidence that the exercise improved health-related quality of life and eased shortness of breath, anxiety and depression. There was also evidence, though less strong, that exercise improved breathing and physical capacity during daily activities.

Doing the exercise training directly after a COPD exacerbation improved participants’ health-related quality of life, according to moderately strong evidence. There was slightly less strong evidence that it improved their exercise capacity and reduced their risk of going into hospital and of dying.

People who need a hip replacement after a fracture are less likely to receive it if they are poor or need treatment at the weekend, new research reveals.

The National Institute for Health and Care Excellence (NICE) recommended in 2011 that patients with good cognitive and physical function who were fit enough for surgery after a broken hip should be given total hip arthroplasty (THA, or hip replacement). Studies had shown this led to better function and less need for repeat surgery.

Researchers using the UK’s National Hip Fracture Database analysed data for 114,119 people over the age of 60 receiving surgery after a hip fracture. They found that only 32% of eligible patients received THA.

As well as being seen on a weekday and having higher socioeconomic status, those who received THA were also likely to be younger, more mobile before their fracture and with fewer other health problems.

‘There are wide disparities in the use of THA among individuals with hip fractures, and compliance with NICE guidance is poor,’ the authors conclude.  Perry DC et al. Inequalities in use of total hip arthroplasty for hip fracture: population-based study, BMJ 2016; 353, http://dx.doi.org/10.1136/bmj.i2021 - open access

Using ‘Back on Track’ for people with chronic LBP

A group of researchers from The Netherlands developed the ‘Back on Track’ intervention after studies including biopsychosocial interventions showed promising results in the improvement of disability levels over and above those resulting from other treatments.

The intervention teaches the patient to understand pain mechanisms and develop an awareness of the role of physical, cognitive and social factors in their condition. It also looks to reduce negative/catastrophising thoughts, pain-related fear behaviours and how to stimulate positive coping styles and strategies.

The paper provides a description of the development and content of the biopsychosocial primary care intervention ‘Back on Track’ for this specific subgroup of patients.

Development and content of the biopsychosocial primary care intervention ‘Back on Track’ for a subgroup of people with chronic low back pain van Erp RMA, et al doi:10.1016/j.physio.2016.04.004

Designing a programme for a patient to follow, based on current evidence, can be a challenge. But how can you maximise the probability that patients will adhere to the prescribed strategy?

The authors, who are based at the University of Newcastle in Australia, identified twelve fair to high quality randomised controlled trials describing twelve different interventions to aid patient adherence. They found some evidence for the use of activity monitors, feedback systems, written exercise instructions, behavioural exercise programmes with booster sessions and goal setting. However, they also identify a gap in the literature on adherence to self-management strategies other than those associated with exercise.

Finally, the authors raise a pertinent question – what level of adherence is required to achieve a good therapeutic outcome?

The records of patients who had undergone total knee replacement and met the inclusion/exclusion criteria were studied. The authors subdivided the patients into groups based on their BMI: normal weight, overweight, Class I obesity, Class II obesity and Class III obesity.

Perhaps not surprisingly, and recognising the limitations of this type of study, obesity was found to have a negative effect on progress and was also associated with poorer self-reported function at six-month follow-up.

These reports feature online in the CSP journal, Physiotherapy.

CSP members can access them free of charge online.