Robert Millett meets the team at a specialist cardiothoracic hospital that is improving the care of patients who have a stroke after surgery. 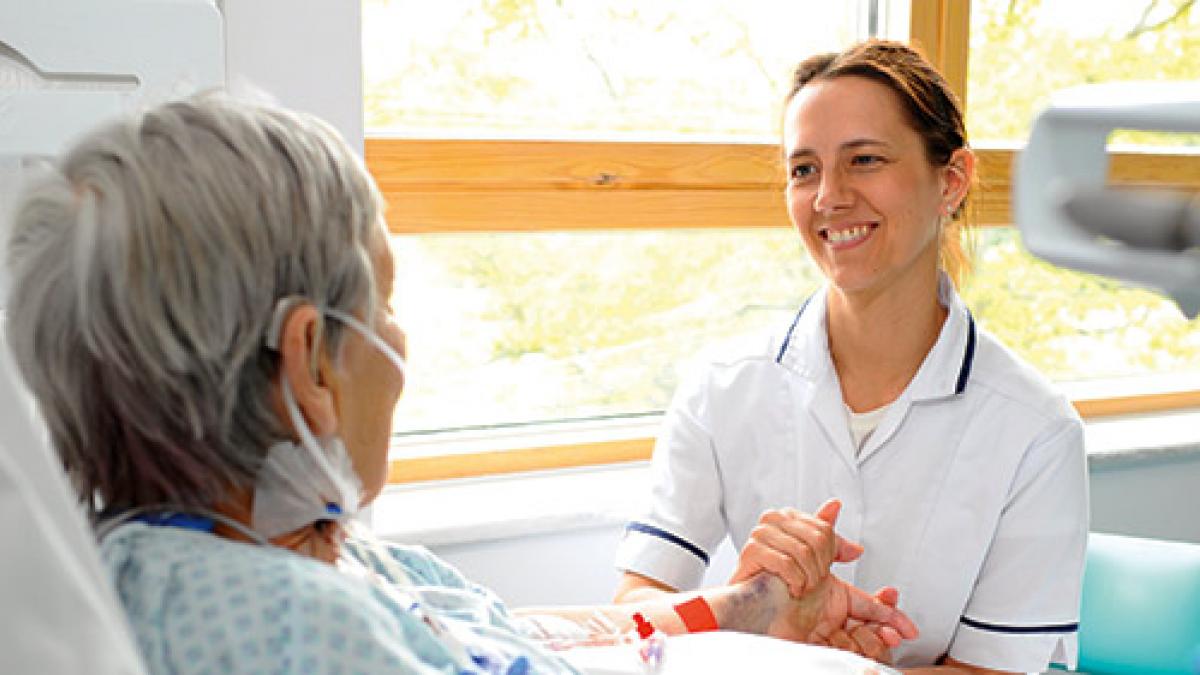 A physiotherapy-led project is raising the standards of stroke care at a specialist heart and lung hospital, by taking heed of audit results, reshaping the care pathway and upskilling staff. The initiative is taking place at Papworth Hospital, sited a dozen or so miles west of Cambridge.

Physiotherapist Adam Baddeley is the hospital's critical care, cardiothoracic surgery and cardiology team leader. He explains that Papworth is one of Europe's largest specialist cardiothoracic hospitals and acts as the UK's main heart and lung transplant centre.

But despite specialising in heart and lung conditions, he explains that hospital staff also see patients who have experienced post-operative strokes. 'It's a relatively common complication in cardiothoracic surgery,' says Mr Baddeley. 'On average, we do 2,000 cardiothoracic operations a year, and last year there were 73 patients with post-operative strokes. We are doing more and more complex surgery on older patients with more co-morbidities, and, theoretically, the risk is going up.'

This was confirmed in an audit of the hospital's stroke care and management, which highlighted a rise in post-operative stroke rates. As a result, Mr Baddeley has been leading a service improvement project, which aims to ensure that Papworth's stoke pathway meets the standards in the National Institute for Health and Care Excellence (NICE) clinical guideline for stroke rehab in adults.

'Our 2014-15 audit showed that we had quite a few areas to improve upon,' he says. 'In particular, in terms of the time scales from a stroke occurring and certain interventions needing to happen. For instance, with physiotherapy NICE recommends that patients are seen within 24 hours of a stroke being confirmed.'

During a one-year trial, from 2015-16, the trust provided extra funding to allow the project to create two new roles, for a band 6 neuro-specialist physiotherapist and a band 4 rehab assistant. Senior physiotherapist Helen Woollard, who has worked at the hospital for 10 years, took up the neuro-specialist post and gained responsibility for revamping the stroke service.

One of her first steps was to seek guidance from the neuro physio team at nearby Addenbrooke's Hospital, as Papworth had no on-site neurological specialists to consult with.

'Their team were invaluable in supporting us, and in sharing their knowledge and resources,' she says. Following their advice Ms Woollard went on to set-up a multidisciplinary stroke group, which now meets every two months.

The membership is made up from physiotherapists, occupational therapists, a medical consultant, speech and language therapists, alert nurses, social workers, link nurses from the surgical wards and the hospital's clinical lead nurse for stroke.

Ms Woollard says the hospital's focus on specialist cardiothoracic care meant some staff members were somewhat apprehensive about caring for patients who had had a stroke. 'It may have been years since some staff members had seen a patient with a stroke,' she says. 'So we realised that to support our patients and staff, and to improve on adherence to the NICE guidelines, a stroke group needed to be formed.'

As well as chairing the stroke group meetings, Ms Woollard assesses, reviews and helps to rehabilitate the patients, both in surgical wards and in critical care, monitoring them until discharge and providing support to other staff.

She also maintains her band 6 rotational duties and provides daily mentoring and support to Frida Burnet, the project's rehab assistant. 'Together, Frida and I rotate throughout the surgical wards,' says Ms Woollard. 'Most of them are patients who have had a stroke as a complication of surgery.' These patients tend to stay two or three weeks before being transferred to a district general hospital or their nearest specialist hospital, Ms Woollard explains.

'Those first few weeks are crucial for maximising stroke recovery potential,' says Ms Woollard. 'There is a good 10-12 week window, where if you're aiming for a good recovery you want to do as much rehab as you can. In that first month, in particular, it's vital to get it started, at the right intensity and do as much as possible.'

To ensure her neurological skills were up to date, Ms Woollard attended stroke-specific courses, including Bobath training and the National Centre of Rehabilitation Education training programme at Derby Teaching Hospitals NHS Trust. And she now uses that knowledge to help educate and inform other physiotherapists and stroke service colleagues.

'Seeing staff, and nurses in particular, being confident with positioning and handling of patients is one of the more rewarding aspects because the nurses spend the most time with our patients,' she says.

Ms Woollard's and Ms Burnet's posts were initially trialled for a year and have now become permanent, after a service audit last year showed positive results. The audit indicated that out of 73 patients who had experienced post-operative strokes, 41 received a daily 45-minute rehab session, in accordance with NICE guidance, while rehab was not deemed appropriate for 11 patients.

Meanwhile, 65 of the 73 people with post-operative strokes were seen by the stoke team five days a week, which meets the recommended minimum set out by NICE, (out of the total group of it was decided that this frequency was not appropriate for seven patients). In addition, every patient with a suspected stroke was seen and assessed within 24 hours.

Other positive changes have included the introduction of an online stroke referral system, and an updated neurological assessment that is now more 'user friendly'. The online referral system, known as an Integrated Clinical Environment (ICE), allows patients who have already been assessed by a doctor or alert nurse after a stroke to be collectively referred on to all the professionals in the stroke team. And this has led to a more timely and comprehensive multidisciplinary approach, says Mr Baddeley.

Ms Woollard says that, overall, the project has led to faster and more effective rehab for patients, better joint-working with other professions and an improved profile for physiotherapy.

'We led the 2016 audit data collection and will be reporting our findings at a hospital- wide meeting which the consultants attend.' And last year, Ms Woollard won a staff achievement award for inspiring excellence, in recognition of her work.

Mr Baddeley adds that further improvements will be made. 'We know we are offering a much better experience for patients who have had a stroke.

'As a tertiary centre of cardiothoracic speciality we aren't aware of any other centre that has invested and focused so much on stroke care. The audit will give us more ammunition to be able to say to the powers that be that we need more investment to meet more of the NICE guidance.' FL