Throughout his career Paul Chapman has never shied away from opening the door to different opportunities. His readiness to try new things has led him to become a support worker, a remedial gymnast, an acute and community physiotherapist, and, more lately, the strategic lead for a variety of enterprising projects run by Health Education England (HEE).

Right now, in his role as HEE’s national programme manager for AHP programmes, he is striving to ensure that healthcare services across England can rely on a continuing supply of physiotherapists and other Allied Health Professionals (AHPs).

‘My remit focuses on workforce supply,’ he explains. ‘In particular, addressing the shortage of staff in all 14 of the AHP professions.’

Achieving this aim could prove pivotal to the success of NHS England’s Long-Term Plan (LTP), Paul says, as delivering on the promises of a new and improved model of patient care will only be possible if a sustainable well of physios and other AHPs is available to call upon.

‘For example, the statistics are out there, showing that there’s still a shortage of physiotherapists,’ he warns.

Although the number of undergraduate physio students is increasing, we could still fall short of what we want going forward.﻿

‘So if we intend to create a large number of first contact practitioners [as the LTP outlines] we need to have the workforce behind it.'

Over the last year, Paul has been organising programmes to counter such problems. This has included running a series of workshops that bring representatives from all the AHP professions together, to collaborate on possible solutions.

‘During the workshops we visit various topics, to see if there’s any synergy going forward, and to share learning across the professions,’ Paul explains.

The workshops have directly led to the production of the HEE commissioned “Wow Show”, a fast-moving interactive online magazine, which showcases AHP roles to younger people.

‘We brought a film production team and the professional bodies together to create scripts and develop a series of films,’ Paul explains.

And we now we have a product which all AHPs, including physios, can use to sell their profession.

To date, the six “Wow Show” films, which each highlight a different AHP career opportunity, have been viewed by thousands of students.

‘It’s so important that we all – as physiotherapists and as CSP members – sell our profession,’ Paul says.

‘For instance, one small thing that I always do, whenever I introduce myself to people, and usually as one of my opening statements, is to say: “I am a qualified physiotherapist”

‘Why? Because I’m very proud to call myself a physiotherapist, and I always want to promote and sell my profession.’ 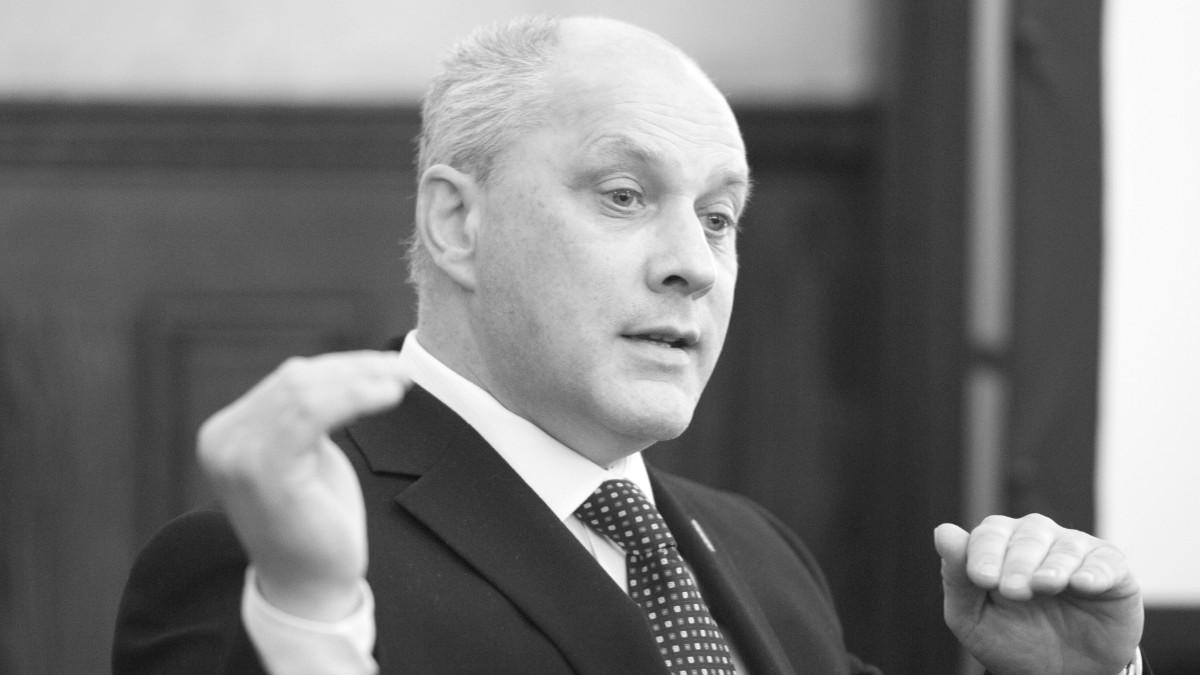 One reason, perhaps, behind Paul’s deep-seated appreciation for his profession, is that a career in physiotherapy once seemed like an impossible dream for a young schoolboy living in Leicester.

‘To be honest, I didn’t think I would ever achieve the A-levels sufficient for physiotherapy.’

Indeed, on his first attempt, he didn’t gain the grades required, but instead of giving up he decided to gain some valuable work experience before he tried again.

How can you address workforce issues?

Every AHP can help to improve workforce supply issues within their profession. ‘Think about what you can do at a local level to raise the profile of clinical placements,’ Paul says. ‘Or what you could do locally to attract people to become physiotherapists.

‘For example, you could use the resources HEE has created at your local level. Go into schools and speak about your career. Become an ambassador for the profession. Sell AHP as a career choice.

‘Use the resources that exist [from HEE and the CSP] to sell your profession, because that’s one way of making such we future-proof the profession.’

‘I had the opportunity to spend a year as a physiotherapy support worker, which gave me a really good grounding and helped me when I did go on to do my studies.’

Following this he successfully re-took his A-levels and trained as a remedial gymnast [a profession that was then considered on a par with physiotherapy] at a college in Wakefield.

‘Health had always interested me,’ he says, explaining his choice of studies.

But what really attracted me more than anything was the focus around exercise therapy and how exercise could be used to rehab people.

Then, a year after he qualified as a remedial gymnast, the profession officially merged with physiotherapy and Paul completed supplementary training to become a physiotherapist.

After qualifying as a registrant, he returned home to work as a rotational physio at the Leicester General Hospital and became a senior 2, [the equivalent of a band six now].

‘That’s when I realised I didn’t want to specialise’ he says, ‘because I liked a bit of everything – including MSK, orthopaedic, neuro, frail and elderly.’ 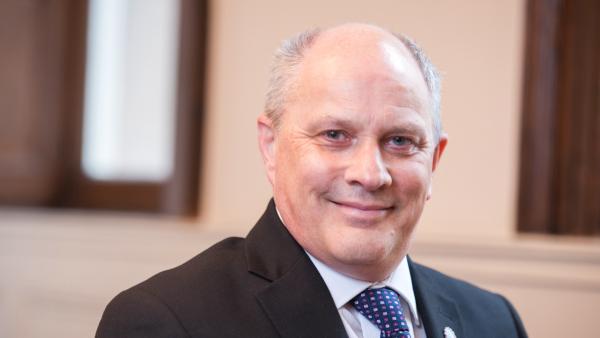 One of his colleagues suggested that he might enjoy working in the community, as the wide variety of patients would suit his broad clinical interests, and Paul took the advice to heart.

As a result, he secured work with the local community trust, where he became a senior one physiotherapist.

It was this move that first prompted Paul to consider workforce supply issues, he says, and this new awareness inspired him to enhance the development of junior physiotherapists.

‘My colleagues and I started taking students from Coventry and Nottingham Universities on placement in the community, which at the time was quite ground breaking.’

After a few years he moved on to become the head physio for Rotherham community services, where he was subsequently asked to take on a different type of leadership role, which saw him supporting the wide-scale implementation of an electronic clinical patient record called SystmOne.

It really challenged me as an individual, but it also allowed me to learn new skills around leadership and working with multi-professions.﻿

It was a challenge, however, that proved fruitful. Not only was the roll-out of the electronic patient record highly successful but, in 2011, Paul also received a Digital PEN award from the CSP in recognition of his leadership of the project. 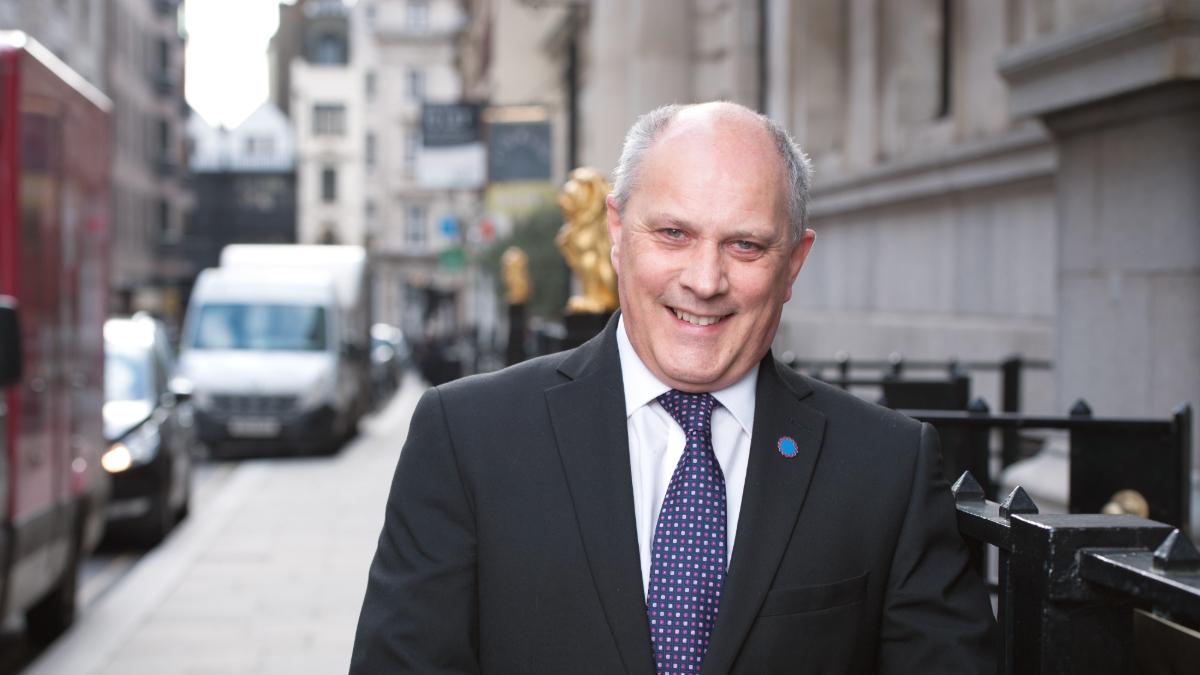 Following a few years of contracting work Paul spotted an opportunity at Health Education England, to lead a return to practice programme for nurses.

His new role was specifically designed to support return to practice for nursing, but Paul soon realised it could have a far wider impact.

‘So, one day I knocked on my manager’s door and asked “Why can’t we offer AHPs a similar programme?” And she said, come up with a business plan and we’ll see what we can do. So I did – and that’s how the AHP return to practice project started.

‘To begin with, we just rolled it out in the East Midlands. Then it was picked up by the Department of Health and the Cabinet Office and went on to become a national programme.’

Paul describes returning to practice after a career break like a daunting, perilous journey, which many physiotherapists and other AHPs find hard to navigate.

It’s like trying to climb a steep mountain pass, where the terrain keeps changing while you move along.

‘So what we try to do at HEE is stop the amount of attrition that takes place, with people finding it too hard and giving up.’

Last year, Paul received a CSP Distinguished Service Award, in recognition of his input to developing innovative IT solutions within physiotherapy, as well as his leadership of AHP return to practice initiatives.

And asking him now, about how it felt to receive the award, brings a huge smile to his face.

‘It made me very, very proud,’ he beams.

‘I felt incredibly privileged, because the most important thing for me was being recognised by my own peers, and knowing that they thought I’d made a positive difference.’

‘I also felt proud, because my dad always used to tell me “You’ll make it as a physio - in some way”. But, you know, sometimes you listen to your parents and ignore what they’re saying.

‘So when I received the award, I reflected back and thought “Dad was right”, as the award proved it to me…so I’m sure he’s looking down on me now and thinking “See, I told you so.”