The Paralympics: reaching the pinnacle

Running until 18 September, the Paralympic Games in Rio are the ultimate sporting experience for athletes and physiotherapists alike, says Graham Clews. 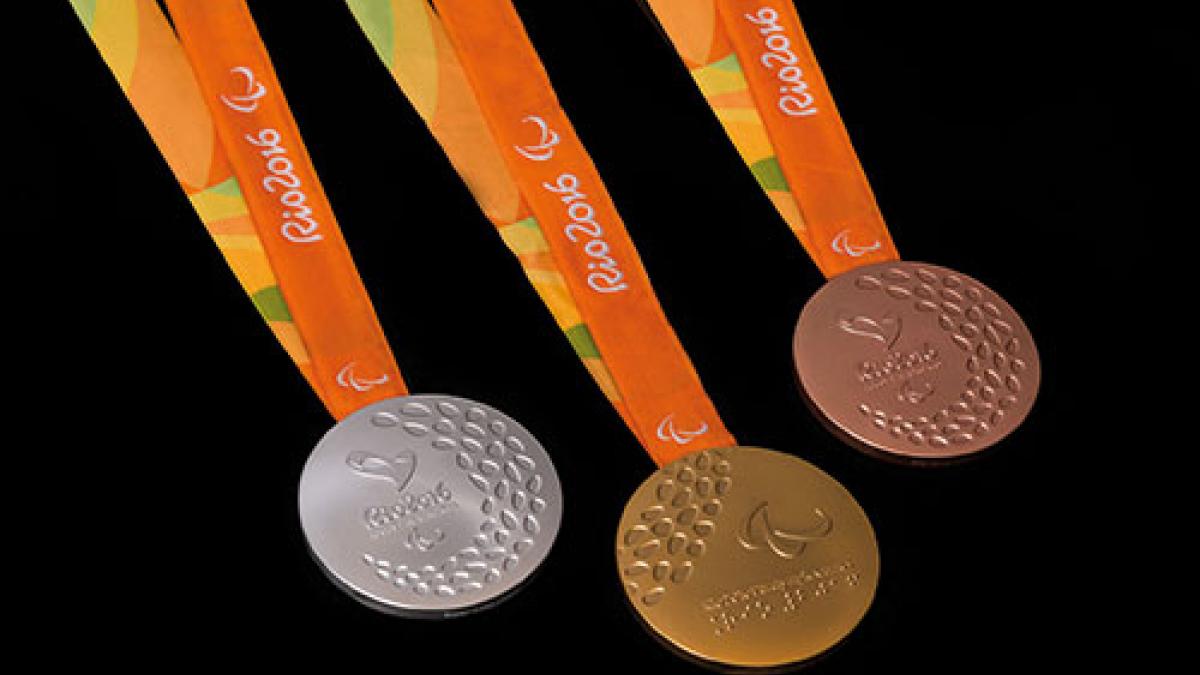 Although it’s five days shorter, includes five fewer sports, and takes place a fortnight after the Olympic Games in Brazil, the Paralympics in Rio will be no afterthought. Operating from the same stadiums, accommodation and transport system as the Olympics, the 2016 Paralympics will feature 23 sports, including the debuts of canoeing and triathlon, with athletes from more than 170 countries competing.
Following the success of the London Paralympics four years ago, the esteem in which the Games is now held worldwide can be seen from US broadcaster NBC’s decision to screen at least 66 hours of coverage from Rio. It showed just five-and-a-half hours during the 2012 Games.
And the lengths to which the organisers have gone to ensure the Games are a success are evident from the medals designed for this September’s Games. Produced by the Brazilian Mint, each different level, gold, silver, and bronze, contains a different number of steel balls so that blind competitors can shake their medals to determine which colour they are. They will also be inscribed with the words ‘Rio 2016 Paralympic Games’ written in Braille.

This attention to detail, and level of planning, has been matched by the physios and medical staff working to support the athletes from Paralympics GB who will be competing in Rio. Paul Martin has been English Institute of Sport technical lead physio for paralympic sport for four years, and was lead physio for GB paraswimming for eight years.
He says the planning for Rio began almost four years ago in November 2012 – just two months after the closing ceremony of the London Paralympics. ‘The team knew they effectively had an apartment in a block in the Rio athletes’ village, so they began working on what they could put into that apartment to transform it as best as they could into a performance centre,’ he says. A number of British Paralympic teams will bring their own physios to Brazil, but Mr Martin will be joined in Rio by two other vastly experienced physios who will staff the performance centre and work with athletes from any sport.
One of his colleagues, Dylan Morrissey, a reader in sports and exercise medicine at Queen Mary University of London, will be travelling to his third Paralympic Games, and he says the preparation involved is phenomenal. ‘You have to think on your feet but the planning and preparation is enormous,’ he says. ‘We are planning for 2020 now, not for 2016, with astonishingly able people working on planning and preparation. We will arrive in Rio and there will be plenty to do, but that is an absolute fraction of the total.
‘You obviously have to plan for security, climate, transport and so on, but also for different athletes in different situations, if there are major injuries knowing what services we will interface with. There has been lots of work on sleep, infection control, just making sure that everything is done to make sure the athletes are optimally prepared and ready to, on the day, be at their absolute best,‘ Mr Morrissey  says. ‘Because at the end of the day the key thing is getting the athletes to their field of play in their optimal state so they can do what they do so well.’
The third physio working at the Rio performance centre will be Caryl Becker, who was chief physiotherapist for Team GB at the London Olympic Games in 2012. She admits that she knows the Paralympic athletes less well than their able-bodied colleagues, which will present challenges. But she’s confident that the vast experience of her and her team will prove invaluable.
‘With athletes you don’t know so well you don’t quite know if their behaviour is because that is how they are, or because they are nervous of something, or their senses are heightened because it’s the Paralympics and they are reacting in a way that is slightly different from normal,’ she says. ‘Or they might be coming in with a niggle, which in normal circumstances they wouldn’t worry about, but because it’s the Olympics or Paralympics it has become a big issue. But with my experience I would like to think I would know which questions to ask or who to go to speak to in order to find out – whether that’s a coach, carer or another physio who knows them well.’
How you deal with these heightened senses, produced by the pressure to perform, is key to a successful Games, Mr Morrissey believes. ‘The major difference with other big events is that the Olympics or Paralympics is for most sports the one,’ he says. ‘It’s every four years and it is the pinnacle. An Olympic gold medal is worth four world championship gold medals, if not more, so there’s that bit more riding on it, that bit more pressure, and as a physio that brings its own pressures. And one of the things you learn with experience is not to allow that to influence your decision-making process more than it needs to.
‘I can remember as a more junior physio getting caught up in the moment and you learn pretty quickly that you have got to have that little bit of professional detachment at all times.
‘I’m a sports fan so I get caught up in it, and if you work with a team they become people about whom you care very much, and you become a fan as well as a member of staff, but you cannot let that influence you in any way.’

Rio will be Paul Martin’s fourth Paralympics, but his first working as a multi-sport physio. ‘When you are working with a team you develop an intimate knowledge of the athletes’ specific requirements and their impairments and how their sport affects their impairments,’ he says. ‘You get to know where their breaking points are, what is going to take them to those breaking points, and what you can put in place to either get ahead or turn it around.
‘This is relatively easy with a group of 35 or 40 swimmers, but when you’ve got a group of 250 athletes across 20 different sports it becomes a bit more challenging, but it’s just about applying your understanding of the impairment and the sport.’ Although he’s been to three previous Paralympics, Mr Martin says he’s still trying not to get too excited about travelling to Rio.
‘There’s a small part of me deep down inside that is just about fit to burst, but as soon as you allow that to get too big it distracts you from the job you’re over there to do,’ he says.‘There are many, many, distractions in a games environment and as soon as you find yourself being drawn away by those it shakes your focus a little bit. We have got a lot of people who have put a lot of effort into getting themselves in the best shape they can, and our job is to support them as best we can.’

Apart from volunteering in the polyclinic at London 2012, Caryl Becker has not worked at a Paralympics previously. There are differences from the Olympics – carers and nurses are part of the core team, some athletes will need help with relatively simple tasks so treatment may take longer for instance –  but she believes the essentials remain exactly the same. ‘The athletes’ village is the same more or less anywhere,’ she says.
‘The difference is the people you work with. Every team you work with you bond and have the attitude of going into battle with them, and that makes it really exciting. I get a buzz from providing a great service to athletes so they can go and perform to the best of their abilities. And if we can do that as a team and work off each other and enjoy it, then we’ve been successful.’
Mr Morrissey says that despite his vast experience he is already anticipating just such a buzz. ‘It’s no less exciting, although possibly a bit less scary than before,’ he says. ‘For me, because it’s not the day job, it adds a great deal of colour and perspective on the day job. It informs my research, practice and teaching. And it’s a bigger spectacle each time, and there’s the feeling of being part of something special and improving and that we are very good at. He adds: ‘We are very good at Paralympic sport and I think that is something that we should be very proud of as a nation.’fl

CSP member Liz Mendl celebrated a career high in 2014 when she acted as head of medical services at the Commonwealth Games in Glasgow. Now she’s advising the Paralympic team in Rio.
‘Since Glasgow 2014 I have been working as the pre-Games preparation manager at the British Paralympic Association heading up the preparation for Rio 2016,’ she told Frontline before heading head off to the team’s base in Belo Horizonte.
Praising the ‘great team’ accompanying her, Ms Mendl said physios Colin Paterson and Paul Gould will have responsibility for ensuring the athletes are in the ‘best shape possible’ for medal success in Rio. Though Ms Mendl’s passion for sport and the effectiveness of physiotherapy is clearly undimmed, she revealed she has ‘hung up’ her ‘physiotherapy hands’ and ‘moved into retired physio status’. ‘ Ms Mendl no longer delivers clinical services and works as a consultant in performance sport and medical services.
‘We are all looking forward to a great games in Rio and a huge medal success,’ she said. ‘I have been out to Brazil five times setting up the contracts with the accessible  hotels and world-class training facilities so that the Paralympics GB team can finalise their preparation at Belo Horizonte, which is less than an hour’s flight from Rio.
‘Every sport has come to test things out so we have been dealing with every challenge from the airport wrecking a wheelchair unloading it from the plane to testing the laundry facilities, along with learning some Portugese to facilitate transport. I will be leading a great team of 19 experienced experts including the medical team: physios, nurses, doctors. Strength and conditioning experts and others will work alongside the sports-specific staff.
‘The local people are so friendly and could not do more to help us or make us feel more welcome.
‘Once all the athletes have flown into Rio we will pack up and then travel to Rio to cheer them on. It has been a fantastic experience and I can’t wait to get out there.’