Robert Millett meets a physiotherapist who helps to ensure that therapy and education go hand-in-hand at a special school. 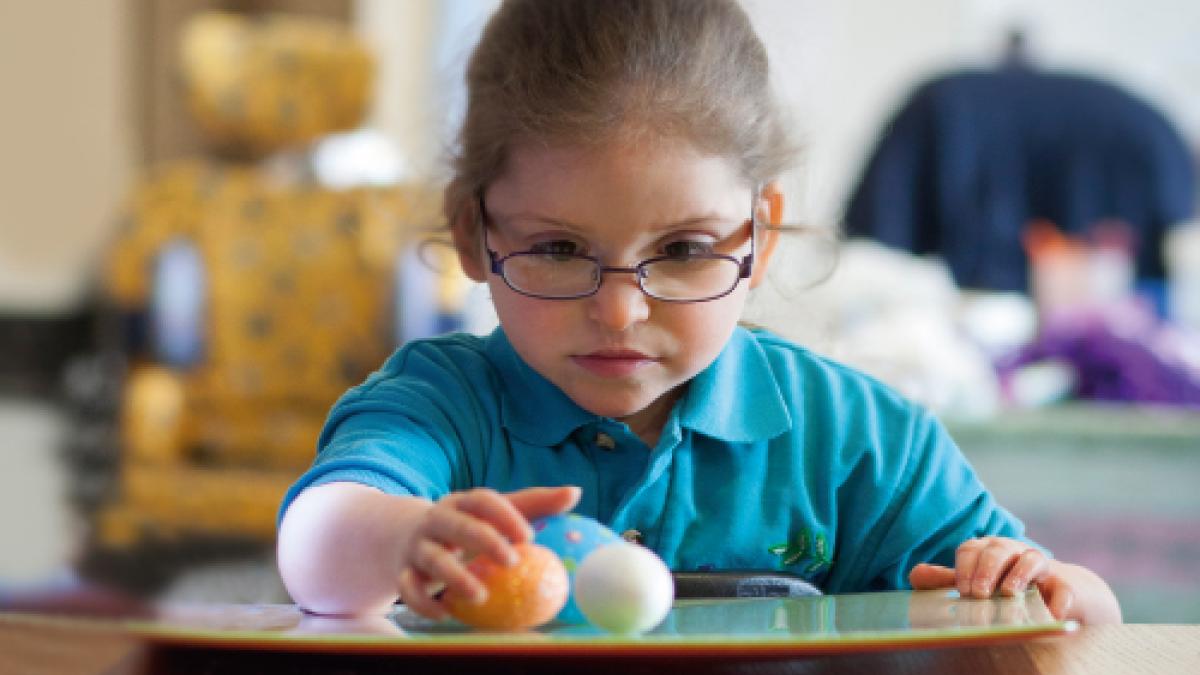 Physiotherapy is at the heart of an innovative educational approach that’s helping to maximise the potential of children with profound and multiple learning difficulties (PMLD). Rosewood Free School, a special school in Southampton, has developed a needs-led curriculum that integrates physical therapy into day-to-day learning. It relies on a multidisciplinary approach between class teachers, assistants and on-site therapists, including physiotherapists and occupational therapy staff.

Lisa Adams, a band 7 children’s physiotherapist for Solent NHS Trust, has worked part-time at the school since 2014. She explains that the school caters for pupils with PMLD, aged from two to 19 years, and that all the children have complex health needs and a combination of disabilities. ‘We have a lot of children with cerebral palsy and an increasing number with rare genetic disorders,’ she says. ‘All of the children have a physical disability, and usually a learning disability as well. About 70 per cent have a visual impairment and 60 per cent have epilepsy, so they have a range of significant presenting factors.’

Unlike many special schools, Rosewood has developed its own learning and assessment system, addressing its pupils’ complex needs. Launched in 2007, the ImPACTS (Individualised Profile Assessment Curriculum Target Setting) programme promotes a shared understanding of each child’s needs by both education and therapy staff. It combines finely graded assessments, multidisciplinary monitoring and a child-centred planning process.

Head teacher Zoe Evans explains that the programme was developed over five years and took inspiration from research into learning and neurological and physical development. ‘When I joined the school there was a division of responsibility between “bits” of the child that the therapy team “owned” and bits that belonged to the teaching team,’ she says. ‘But with ImPACTS we have developed a shared language and a shared focus on the children across disciplines,’ says Mrs Evans.

The specialised curriculum sees children assessed in five key skill areas: communication; cognitive skills; environmental control technology; social and emotional wellbeing and gross and fine motor physical skills. Targets are set in each area and taught throughout the school day. As a result, teachers and therapists work collaboratively to meet the individual needs of each child, says Mrs Adams.

This includes an emphasis on providing teaching staff with basic therapy skills, giving pupils the opportunity to learn through ongoing routines and encouraging them to develop physically within a class setting. ‘It means that teaching staff are given some ownership of the children’s physical needs,’ says Mrs Adams. ‘And it allows those needs to be met within the school day and identified as a pivotal part of each child’s learning.’

As part of her role Mrs Adams assesses children, reviews physical programmes and spends time in classes monitoring each child. ‘But my main work is supporting and training the teachers and class staff so that they can do the daily, hands-on work,’ says Mrs Adams. ‘Staff training is vital because physiotherapy shouldn’t be something that just happens when I come into a class once a week. It should be every move and every opportunity and all the time, and we achieve that by upskilling the teaching and support staff.’

All new teaching staff at the school receive a one-hour induction session with a physiotherapist, in which they receive a basic grounding in physiology. After being in post for six to eight weeks they have further training, which provides them with an understanding of postural management. In addition a physio regularly visits each class and demonstrates techniques to the staff as they work with each child.

Children need opportunities to experience the repetition of a movement, in order for it become a learned behaviour explains Mrs Adams. But physical exercises need to be embedded into the entire school schedule to make this possible, and not treated as an ‘add on’. ‘In some schools if a physio or health support worker isn’t there then physiotherapy positions aren’t integrated into the day, and it just becomes something that happens during a set period of the timetable,’ she says. ‘But if a child is going to learn to roll then they must have every opportunity to practise – be it on the mat in a floor play session or on a visit to the bathroom – not just once a week in the physio room.’

The training also enables teachers and support staff to recognise the early indicators of regression, which can occur in some pupils who have degenerative conditions. ‘Often the teaching staff are one step ahead at picking up if a child is struggling or needs their goals adjusting, because they’ve learnt how to recognise their physical needs,’ says Mrs Adams.

When a child first arrives at the school they receive an initial assessment and are prescribed a physical programme that may include core activities such as using a standing frame or practising being prone over a wedge.

The physical assessments focus on functionality and positioning, says Mrs Adams. This includes examining a child’s level of achievement and function in various positions, including supine, prone, standing, sitting and, possibly, in a sequence of movements. ‘A common theme in children with PMLD is a lack of head control,’ she says. ‘So we may be looking at how much a child is able to lift their head when they are on their tummy, and how long they can do it for.’

Every time a child achieves a target they receive a point score within the relevant skills area. Their total scores are analysed in an annual assessment review, which compares year-by-year data and determines each child’s rate of progress. ‘The usual definition of progress is every year you have to go up – but we are not about that,’ says Mrs Evans.

‘We look at how significant any changes have been, from where they were to where they are now, and then we work out how to help them meet their full potential.’ This form of assessment means that a pupil’s progress is not based on a comparison with other children who ‘just happen to be the same age’, she adds. Instead the focus is on whether a child has made a level of expected progress from year to year.

Rosewood has been collecting data since 2007 and uses the findings to inform their expectations of progress, which they view in terms of cycles of development. ‘We have enough data, from ourselves and other schools that have adopted ImPACTS, to be able to state that most PMLD children go through a three-year development cycle,’ says Mrs Evans.

‘This means that they may have a peak year, then a couple of years of consolidating that learning into every area of their lives, before they then start another cycle.’ Since its launch the ImPACTS approach has attracted the interest of many other schools and local authorities. ‘About 20 schools have adopted it now – predominantly in the south, but I’ve recently been up to Hull to provide training,’ says Mrs Evans.

In addition, the school received an ‘excellence’ rating from the schools inspector Ofsted in 2012. Mrs Adams attributes some of its success to the ‘unfailing enthusiasm’ of the staff she trains, and adds that the pupils are exceptionally rewarding group, because ‘they give so much’. ‘Many special schools still segregate education and therapy, but we believe that therapy is integral to teaching children effectively,’ she says.