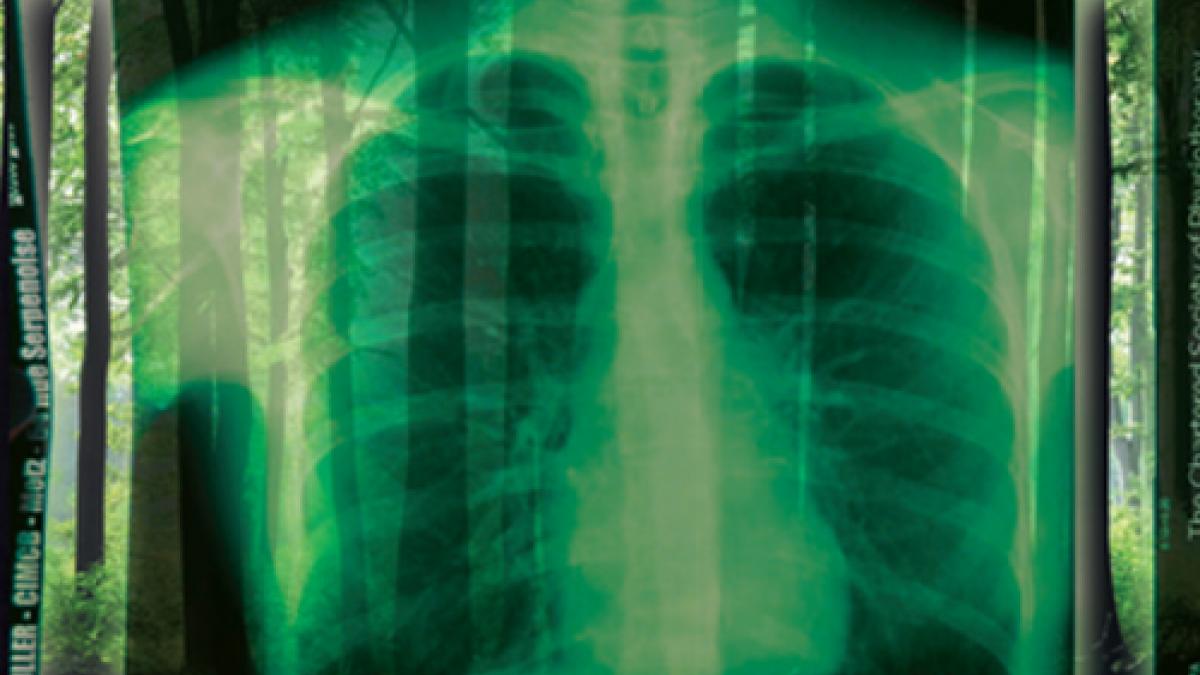 Breathlessness is a frightening and common symptom of many diseases. Yet there has been little research about the best ways of managing it, especially for those nearing the end of their lives.
But two therapists in west Yorkshire are forging new ground, by running a service for palliative patients who experience breathlessness.
Physiotherapist Kathryn McNamara and occupational therapist Margaret Houghton have set up an innovative palliative pulmonary rehab programme. The service runs at the Rosewood Palliative Day Support and Therapy Centre in Dewsbury and is part of Mid Yorkshire NHS trust. It launched following a successful pilot trial in April 2014 and now runs on an eight week rolling basis, as part of the hospice’s drop-in service.
Unlike standard pulmonary rehab classes it has been tailored for palliative patients with advanced lung disease. This can include chronic obstructive pulmonary disease (COPD), progressive lung disease and primary or secondary lung cancer. Data collected since the service started shows that it has helped patients to reduce breathlessness, improve their feelings of wellbeing and how far they can walk. In addition it is also cutting costs for the trust and saving staff time.
But, most importantly, Ms McNamara says the service is empowering patients. ‘The programme helps them to overcome anxiety, which is a large factor in many of these patients,’ says Ms McNamara. ‘It shows them what they can achieve, even though they have advanced conditions and are heading towards the end of life. And it inspires them to achieve goals.’

The programme is gently paced, so that even patients with advanced lung conditions can participate. The day classes include a morning session of circuit-based training, which focuses on upper and lower limb exercises. In the afternoon patients learn relaxation techniques or ways to control and manage their symptoms. These education sessions can include advice on managing activity and energy levels, medication management and activities such as t’ai chi.
‘Surprisingly, although patients may have been ill for a long time, some of the behaviours and habits they pick up can be problematic in managing their condition,’ says Ms Houghton. ‘For instance, people may have been using an inhaler for years and years but not in the correct way or at the correct time. So we correct things like that.’ Referrals for the service come from the trust’s palliative care team, clinical nurse specialists and community matrons. But patients accepted on to the scheme must be able to use a self-management programme and independently access the centre.
Patients complete a series of outcome measures at their first assessment and then again at the end of the eight-week course. These include patient feedback forms and the Measure Yourself Concerns and Wellbeing (MYCAW) scale, which is used to identify problems and measure a patient’s overall feeling of wellbeing. The three-minute walk test is also used with the Borg scale, which measures a person’s rate of perceived exertion. ‘When they do the walk test some of them are amazed at how much they can do and that encourages them to get out and do more,’ says Ms Houghton.
There are usually about five patients in each class says Ms McNamara, but attendance can vary from week to week. ‘Although it is an eight week programme patients often take longer to complete it because they miss sessions due to infections or clinic appointments,’ she says. ‘And sometimes people do deteriorate quite quickly, so we have had patients who have died before completing the course.’

The idea for the service came about after staff at the hospice noted an annual increase in referrals for patients with advanced lung conditions. ‘We have a lot of end stage patients with COPD and we also see many people with primary lung cancer,’ explains Ms McNamara. Such patients were previously offered advice at the centre on how to manage their breathlessness – but only on an ad hoc, one-to-one basis.
In order to develop a more efficient service Ms McNamara and Ms Houghton reviewed evidence on the management of advanced breathlessness. This included referring to the British Thoracic Society’s pulmonary rehabilitation guidelines and the National Cancer Action Team’s rehabilitation guidance on the management of breathlessness.
‘We found a lot of research saying that advanced lung cancer patients can benefit from pulmonary rehab classes,’ says Ms McNamara. ‘But we couldn’t find any services that were offering such classes as part of palliative rehab care.’
However, the duo were inspired by the work of a multidisciplinary breathlessness intervention service at Addenbrooke’s hospital in Cambridge, part of Cambridge University Hospitals NHS trust. In particular, they referred to the Cambridge Breathlessness Intervention Service (BIS) manual, which describes practical techniques for helping breathless patients. The Rosewood therapists adapted the approach of the Cambridge service, which provides individual consultations for patients, by creating a group programme with different outcome measures.
‘When we were running one-to-one sessions we found we were often repeating ourselves,’ says Ms McNamara. ‘So we thought we could bring patients in together, provide consistent advice and generate discussions within a group.’ They also decided that an eight-week programme could be a realistic and achievable way of improving outcomes for breathless patients in a cost effective way. ‘Obviously, a group is more cost effective than seeing people individually,’ says Ms Houghton. ‘But a group setting also offers other benefits, like peer support and mutual encouragement.’
Five patients were enlisted to take part in the pilot programme. And the results, after eight weeks of classes, revealed that three out of five patients had improved or maintained high wellbeing scores. The overall feedback collected from patients rated the programme as excellent or good and patients reported that the exercises had been paced at the right level.  In addition, all the patients reported that they continued to exercise at home and use the relaxation techniques they had learnt.
Looking towards the future, the therapists are keen to continue to audit the service and collect further evidence about patient outcomes. ‘We’ve not yet had sufficient data to be able to fully review results,’ says Ms Houghton. ‘But we are finding that wellbeing, particularly on the MYCAW scale, is improving. And surprisingly some patients are also improving on their three minute walks as well.’ fl