One year since the first accredited physiotherapists began prescribing independently, Louise Hunt reports on the difference it's making to practice. 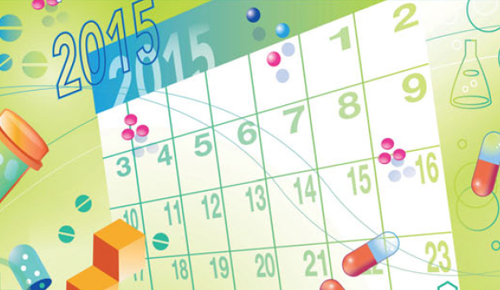 Many physios are now providing a more streamlined service
The latest figures from the HCPC show there are 94 physiotherapists who have secured annotations as independent prescribers on the register.
Further waves will soon follow, as legislative reform happened at different times across the UK countries (England: August 2013; Scotland: May 2014; Northern Ireland: July 2014; Wales: September 2014) so some of these pioneers will have only just qualified.
Pip White, CSP professional adviser, who helped to steer the bid for reform, describes the first year of independent prescribing as ‘enormously successful’, with a good level of uptake among advanced practice physios.
‘Physiotherapists have recognised that adding prescribing to their skill set offers something better to patients,’ she says. ‘It means that physiotherapists can make sure that a patient’s medication is really tailored to their rehabilitation needs so they get a better effect from therapy.’

It is early days, but evidence of the benefits to practice are beginning to show through small-scale auditing and physiotherapy case notes, says Ms White.
Being able to provide a more streamlined service to patients is the key benefit cited by the six recently qualified independent prescribers who Frontline spoke to.
For Tracy Johnston, limb reconstruction clinical specialist physiotherapist at Sheffield Children’s hospital, her new skill set means a better rehabilitation journey for the children she sees requiring medication.
‘Many of the kids coming for outpatient physiotherapy were having problems with pain management and pin site infections, which meant they often were not able to progress therapy until they had been seen by a doctor,’ she explains. Now she is able to provide more support and advice on patients’ medication needs.
Gary Morris, who uses independent prescribing in his work in adult neuro-rehabilitation at Hywel Dda Health Board, reports similar benefits.
He finds it particularly helpful in managing spasticity in patients. ‘Spasticity can be painful and affect function. Independent prescribing allows me to prescribe treatment such as Botox in hospital or patient’s homes. We can make changes to medicine management there and then. This meant, for a patient with brain injury I treated recently, she could participate in more therapy.’
Arif Usman, an A&E clinical specialist physiotherapist, based at Royal Bolton hospital, wanted to become an independent prescriber to be able to provide one-stop care for patients ‘where you usually only see patients once’.
‘Unfortunately the supplementary prescribing model did not lend itself very well to the A&E environment. Hence, I was very keen to become an independent prescriber,’ he says.
Converting his qualification means delays in obtaining a prescription have been reduced, but not eliminated as some restrictions on prescribing controlled drugs currently remain. However the Home Office has recently announced plans to allow suitably qualified physios to prescribe controlled drugs such as opiate analgesics too.
Mr Usman has found the current situation frustrating. ‘Guidelines for management of pain indicate the use of opiates if paracetamol and non-steroidal anti-inflammatory drugs are not effective,’ he adds.

Many of the first cohorts of independent prescribers have converted their supplementary prescribing qualification under a shorter training programme. Paul Cameron, team lead physiotherapist at NHS Fife integrated pain service, says the move has not meant a ‘huge change’ in practice. ‘For me it is largely a change in paperwork, but the more streamlined process is the biggest difference.’
Rosalie Barrett already works closely with GPs as a clinical lead physiotherapist with the integrated community response service of Hounslow and Richmond Community Healthcare NHS trust. She says becoming an independent prescriber is a ‘natural stepping stone’.
In her experience being able to provide direct access to medication has resulted in improved patient outcomes. ‘For me, independent prescribing has meant that my patients who need medication can receive the prescription on the day and engage in physiotherapy or rehabilitation as soon as they feel fit rather than waiting for a GP to prescribe,’ she says.
The training itself has also enhanced her practice, she believes.
‘I learnt a huge amount on the course and I now consider and assess each patient in a very different way. For example, having an enhanced understanding of medications has developed my clinical reasoning and patient management skills,’ she says.
Independent prescribing comes with considerable responsibility and the HCPC-approved training programmes offered at 87 higher education institutions across the UK are accordingly intensive and time consuming, involving a mix of university, clinical days and exams.

It is also important that employers are fully committed, says Ms Barrett. ‘It is key to use all of your support networks and colleagues around you to ensure safe practice. Before embarking on the training my advice would be to spend some time with a colleague who is already independently prescribing to obtain a better understanding of what the change in role entails and to learn further about the training ahead.’
For Ms Johnston, having to learn a much greater breadth of medicines was ‘tough’, but she found spending time in a community dispensing pharmacy and a pain team, as part of gaining practical prescribing experience, valuable.
‘Working outside of your normal settings really helps you to see the bigger picture,’ she adds.
Innes Morton, an extended scope practitioner in orthopaedics at NHS Western Isles, who is using independent prescribing to make small adjustments to patients’ analgesia, has encouraging advice for others considering taking on the challenge.
‘If it fits your role as a clinician and will benefit the service you work in, go for it, it is an excellent opportunity for the physiotherapy profession and one we should continue to develop.’

A Department of Health funded evaluation project being carried out at the Universities of Surrey and Brighton is examining the appropriateness and effectiveness of independent prescribing by physiotherapists and podiatrists.
‘We hope it will make the case for independent prescribing,’ says study team member Ann Moore, professor of physiotherapy and director of the clinical research centre for health professions at the University of Brighton.
A comparison could be made to the beginning of the physiotherapy self-referral journey.
‘There’s got to be a discussion around the benefits. The important thing is that it is acceptable for patients who are so used to going to a GP for medicine.
‘It will be interesting to see what patients think of it,’ says Professor Moore.